Confusion in modelling of total loop inductance of a rectangular loop

I was reading an article about partial and total loop inductances from this site and in a section where for calculation of total inductance of a rectangular loop is given as: 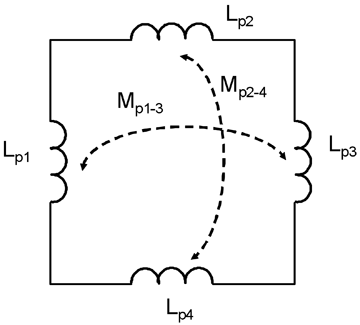 Assuming the inductance is a wire ~0.2 to 1uH/m depending on l/r or length to radius ratio of the wire and not a discrete small coil L then the radiating coupling fields of M will cancel on each opposing side.

While orthogonal fields don’t couple (or affect each other, then each side will have an M value thus 2M, and depending on gap or length if square then simplifies to 4M which can be a small ratio of L. Inductance.

The M is small as you can imagine compared to a transformer where the coil gaps are almost touching ( except for magnet wire insulation winding method and core mu ) so in XFMR’s M approaches 0.99 .

But for a wire square loop where the H field flux density are attenuated greatly on the othe side thus M coupling inductance is also a small value yet measurably different than 4x L for length, l in a straight wire.

This L value changes as the length approaches a 1/4 wave or harmonic of this and is ignored in this formula.

But if the link doesn’t make sense to you, neither will this answer.

Saturn PCB tool has a tab for this inductance loop.

Let's start with the definition of inductance.

''An electric current flowing through a conductor generates a magnetic field surrounding it. The magnetic flux linkage \$\Phi_{B}\$ generated by a given current \$I\$ depends on the geometric shape of the circuit. Their ratio defines the inductance \$L\$''

Now you want to find the amount of flux linkage through the own coil.

Now flux generated by one line couple with another line which defines the mutual inductance. When you want to calculator total flux linkage by the whole loop, you must consider the total interaction including the coupling between different line segments. Considering line 1 (i.e. \$L_{p1}\$),

Now, let's consider Ampere’s Law: A current caring conductor generates a magnetic field around it as below: 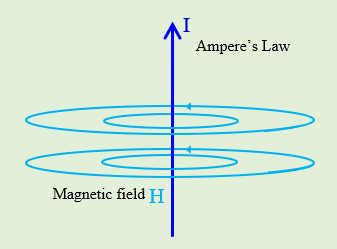 2.why perfectly perpendicular conductors will not have significant mutual inductance as mentioned by author ?

Now consider having perfectly perpendicular conductor (in red below): 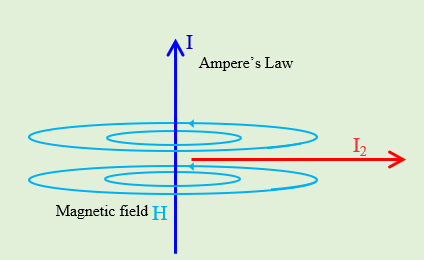 This is what you have!

Not the answer you're looking for? Browse other questions tagged transmission-line passive-networks power-engineering mutual-inductance self-induction or ask your own question.