I am a newbie in this electronic world and English is not my first language, please be sorry for any inconvenience I may create. It was a long story for me to come up with this writing, let get a bit of understanding on my case first:

2.1 Developing the Relay: Quite easy using a Triac BTA16-600BRG (this can drive a load of up to 2A without a dedicated heatsink) and a Zero cross detection optocoupler MOC3041 or MOC3063S. I tested load (inductive and resistive) of 470-500W and the Triac heat up to 45-50 degree celcious and became stable for 20 minutes after about 5 minutes of gradual heating up. I used the cheap Chinese triac (less than 0.15$). The genuine one from ST Microelectronics is better and have higher capacity to capacitive load but cost about 0.5$). BTA16-600BRG is snubberless so I dont need a RC circuitry (but keep it safe to have a R/C pair if you need to drive an inductive load).

2.2 Develop the control interface for the relay This is the most difficult part for me as a newbie. Google provides me quite some options and I came about the following version: + Version 1: Using 2 analog SPDT chips SN74LVC1G3157DBVR to toggle the outputs from the 2 input lines (TTP223 and GPIO) (this is similar to the stair-case switch) 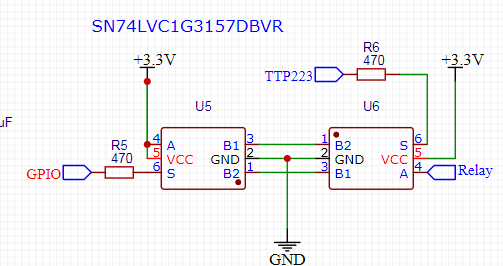 This design worked well. However, I have no way to monitor the output state (on/off) 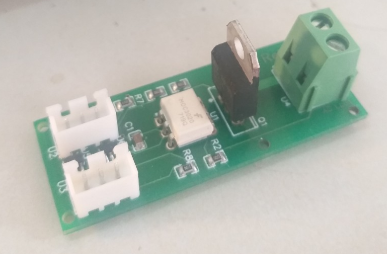 With C3 and R5, the output will not be engaged at power on. C5 is needed for creating a sharp control pulse from input line (following advice from Swagatam at https://www.homemade-circuits.com/).

They all applied similar approach

THE PROBLEM: To allow the replacement of the SW with external control signal (TTP223 and GPIO), it is required to have a circuit to act similarly to the physical momentary switch. Without much consideration, I jumped into the search for "building a circuit to mimic the SW that allows current from both directions A1<->A2". And I came about the MOSFET bi-directional switch option. And this was the original title of this question. However, from the forum advises, I found this option was a failure (I set up a wrong schematic).

You have to use a photovoltaic array isolator, the usual optocoupler can't be used here. There are those IC that already embed a gate driver purposely for driving N-MOSFET solid state switch.

By the way, your 2N7002 has a gate threshold voltage of 2.5V, it means that at this voltage it "starts to feel", to put a transistor to a conduction required as a switch, you need to provide higher voltage than that. 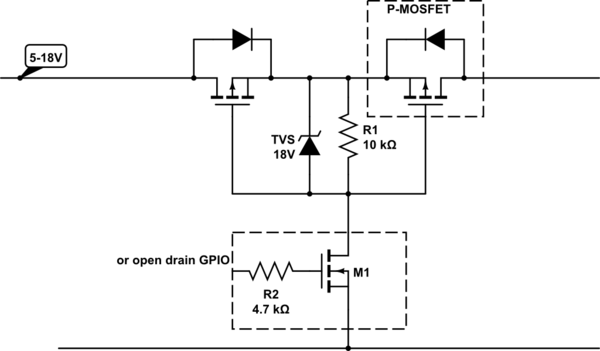 Why not use a pair of P-MOSFETs?

Not the answer you're looking for? Browse other questions tagged arduino solid-state-relay ne555 or ask your own question.

8
SSR vs optocoupler with TRIAC output
0
Distortion in ADC output
1
Create SPDT relay from two SPST solid state relays
0
Help with circuit to alternate a light switch with solid state
1
How to connect LED to output device to show the output state without any voltage drop so that it can be sensed by MCU?
0
Can I use solid state output and relay output with the same components?
0
Toggle 555 timer IC both with switch and arduino
2
Solid State Relay replacement for SRD-12VDC-SL-C
0
SSR controllable by independent touch button (TTP223) and I/O for Micro-controller