How to increase range of IR emitter

I have an infrared emitter connected to a Raspberry Pi which allows me to send signals to my air conditioner so that I can turn it on / off / set settings etc.

Does someone know which parts I need to rewire / change so that the range increases?

And here is a link to the repo where I documented the setup and code: https://github.com/SilverJan/rpi-ac-control 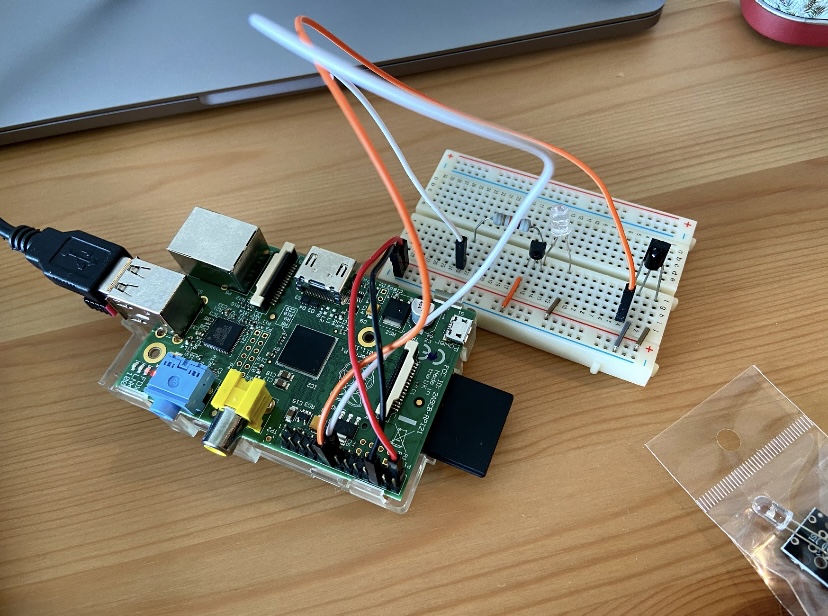 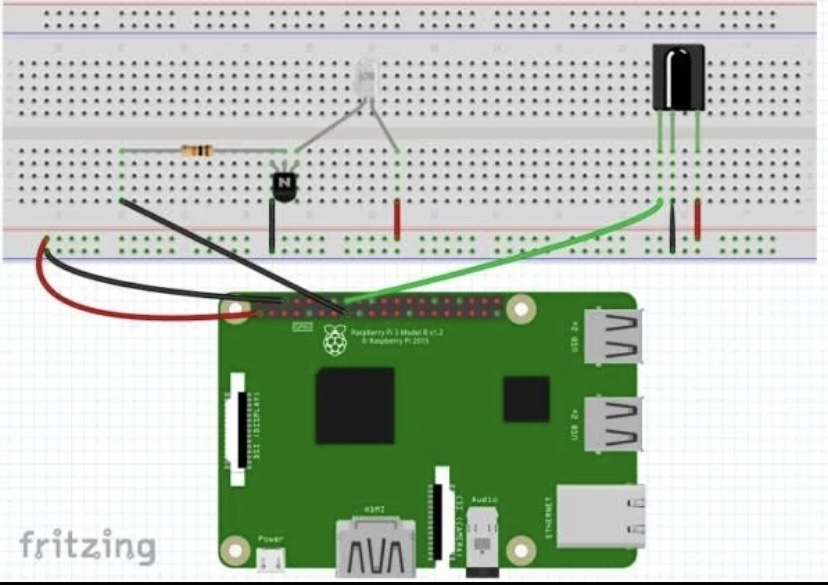 That circuit is not very good for driving the LED. In fact it is very likely to damage it and too slow to drive the LED with the required carrier frequency. As anyone can try to copy your design, you should fix the circuit as most likely people don't understand why the circuit works poorly or burns up LEDs.

If that does not help, another issue can be that the transistor might not be able to turn on and off quickly enough at the necessary carrier frequency. The transistor can be extremely slow to turn on and off with only 10k at the base. Also the 10k can be too high a value even at DC to drive the base hard enough to get enough LED current - it is possible that you would get better range without transitor and only the LED with 100 ohms in series. In an actual circuit, you would use smaller base resistor to get fast enough LED drive and then use a series resistor with LED to keep current high but not too high - IR LEDs are typically pulsed at 100mA or so.

I did it in the past and it worked.

Not the answer you're looking for? Browse other questions tagged raspberry-pi infrared or ask your own question.

1
How can I increase the range of an infrared emitter?
0
How the wiring of IR emitter detector pairs work
0
emitter follower conofiguration
0
How Do I Make sure That IR Emitter signal Reached Receiver?
1
IR beam breaker - range issue
0
How does a Black Body IR Emitter work?
0
Why is the range on my IR emitter extremely low