Why does putting the leads of an ammeter in a receptacle short the outlet?

Any explanations would be appreciated! I'm trying to refresh myself on circuit theory, so feel free to be as technical as needed.

An ammeter has a very low resistance, and is normally inserted in series with the circuit whose current is to be measured.

When you plug the ammeter leads into the Line and Neutral holes in an outlet, you are placing a short circuit across the outlet - the meter will draw a very large current and (hopefully) trip the circuit breaker feeding the outlet (and perhaps sacrifice itself in the process).

Normally, you would connect the ammeter in series with some load, and the load would limit the current. The ammeter would then display the current drawn by that load.

An ammeter needs to be connected in series with a circuit to test current, which sticking the leads in an outlet does not do?

It does. Your meter is in series with a circuit: power plant, a long cable, your meter, same length back to the power plant.

Also, there is no amperage to measure on an outlet with nothing plugged into the outlet to draw current, correct?

That would be correct, but:

You just plugged in the meter. That's a Short circuit. A huge current will flow.

Because an amperemeter is effectively a short. It's just a thick piece of wire with a sensor next to it.

and trip the breaker?

Because a huge current flows.

Ammeters normally drop 50 mV full scale thus R=50mV/I-full scale so putting any voltage source across it will blow the shunt.

Exceptions are ones with very high currents or extremely low pico amps.

It is meant to go in series with a DC load not to exceed this.

The other answers are correct but may not quite 'gel'.

When you place an ammeter "across the mains" the load is the meter leads - some fraction of an Ohm. With just the leads and no meter the current would be VERY high. With the meter added it's only slightly less and almost always FAR more than the meter is designed to measure.
In a domestic situation a mains outlet may deliver well over 100A before the fuse blows.

All your questions actually lead to the simple question: "What is inside the ammeter?" or, in other words, "How do we make an ammeter by a voltmeter?" Here is my story which I often tell to my students...

In the 19th century, there were very good ammeters (galvanometers) but there were no voltmeters. So they had to build them, according to Ohm's law I = V/R, by connecting a resistor in series with an ammeter.

In the 21st century, there are perfect voltmeters (ADCs) but there are no ammeters. So we have to build them, according to Ohm's law V = I.R, by connecting a resistor in parallel to the voltmeter. So, today's ammeter is a voltmeter in parallel to a resistor. I have considered this arrangement in Class 2 of Basic Electronics course.

The problem is that this current-sensing resistor must have a low enough resistance for two reasons: first, not to change the current being measured and second, not to exceed the range of the voltmeter.

For example, if you are in the 10 A range, and the voltmeter has a maximum range of 10 V, the resistance should be less than 1 ohm. This means that in practice, as other answers also say, there is a short circuit (a piece of wire) between the probes: 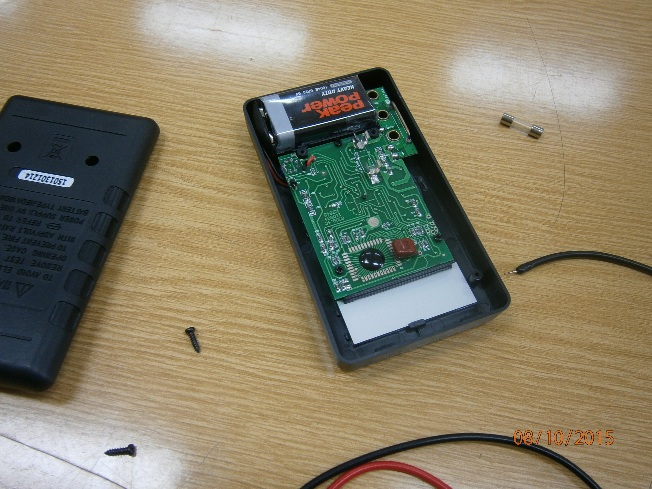 Fig. 1. The current-sensing resistor (at the end of the photo) is a piece of thick wire.

Unfortunately, at small current ranges, the resistance becomes significant and the error can be large. Then a clever trick can be applied - compensating the voltage drop (resistance) by an equivalent voltage ("negative resistance"). It brings us to the famous circuit of the transimpedance amplifier. Here are some of my materials dedicated to this idea:

How do we create an almost ideal ammeter

How do we build an op-amp ammeter?

Now consider the equivalent resistance of all of your connected devices combined, which is given by:

Which implies that an enormously high current flows into the circuit, hence tripping the breaker. It is also very likely that this high current would damage the ammeter and perhaps melt some of its parts.

Not the answer you're looking for? Browse other questions tagged multimeter amperage short-circuit outlet or ask your own question.

3
What does hot and cold mean on an AC outlet?
0
Measuring the output of a phase control triac
4
Problems without ground, Amplifier & Exploding surge protector?
0
Why does this not short circuit?
0
Why did sparks fly when testing outlet frequency?
1
Convert millivolts from shunt on DMM on a 50A, 75 mV Shunt
1
Why is my Transformer pulling so much current?
0
Need help troubleshooting after short-circuit, with heaters and thermocouples
0
Amperage and Voltage Question: The Water Pipe Analogy
1
How can I prevent my multi-meter fuse from blowing with a brief 120VAC surge?