I am trying to build a PCB antenna similar to what is shown in this video. At the 6:24 mark it shows the circuit layout below: 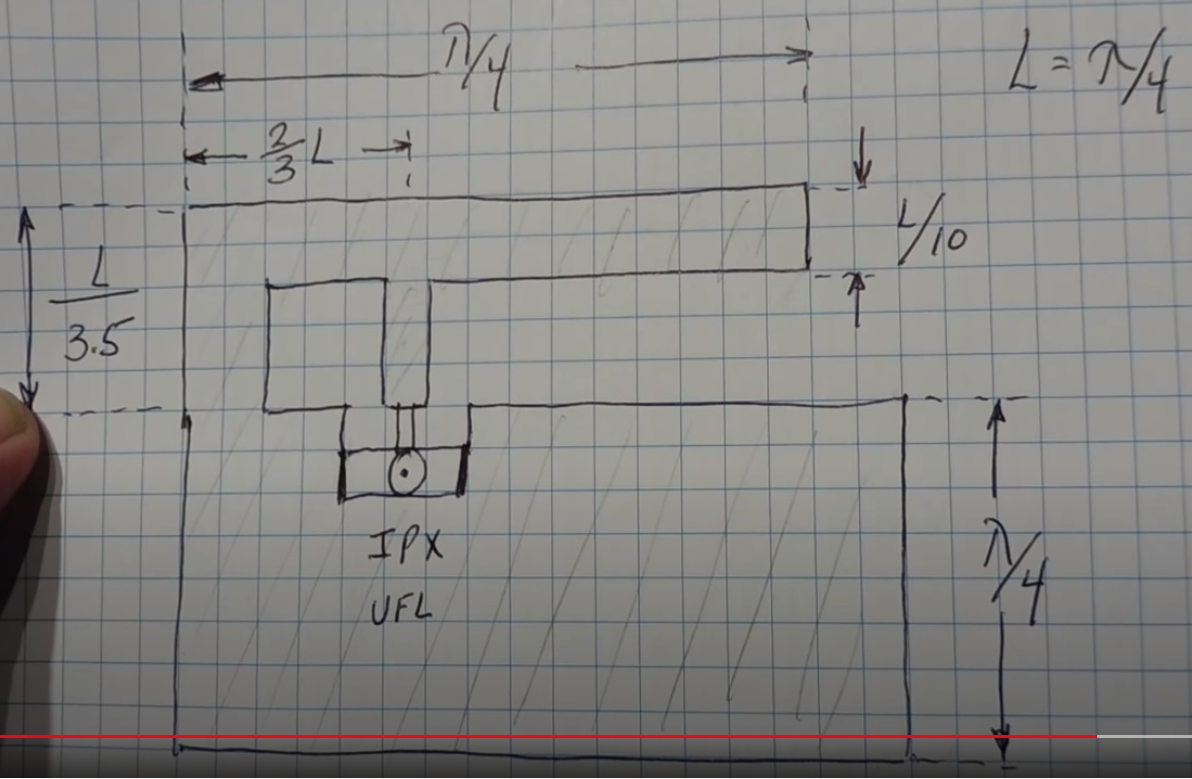 I am using Eagle to layout the PCB on a two layer board. Red is copper on the top of the board and blue is copper on bottom of board.

I am using a part from a library for an antenna mount. This mount is so that this PCB antenna can connect to a separate transceiver Lora board. The center pin is the signal feed. The other four pins are (I'm guessing here) the ground. I have attempted to layout the circuit myself.

Here is the schematic and the board. 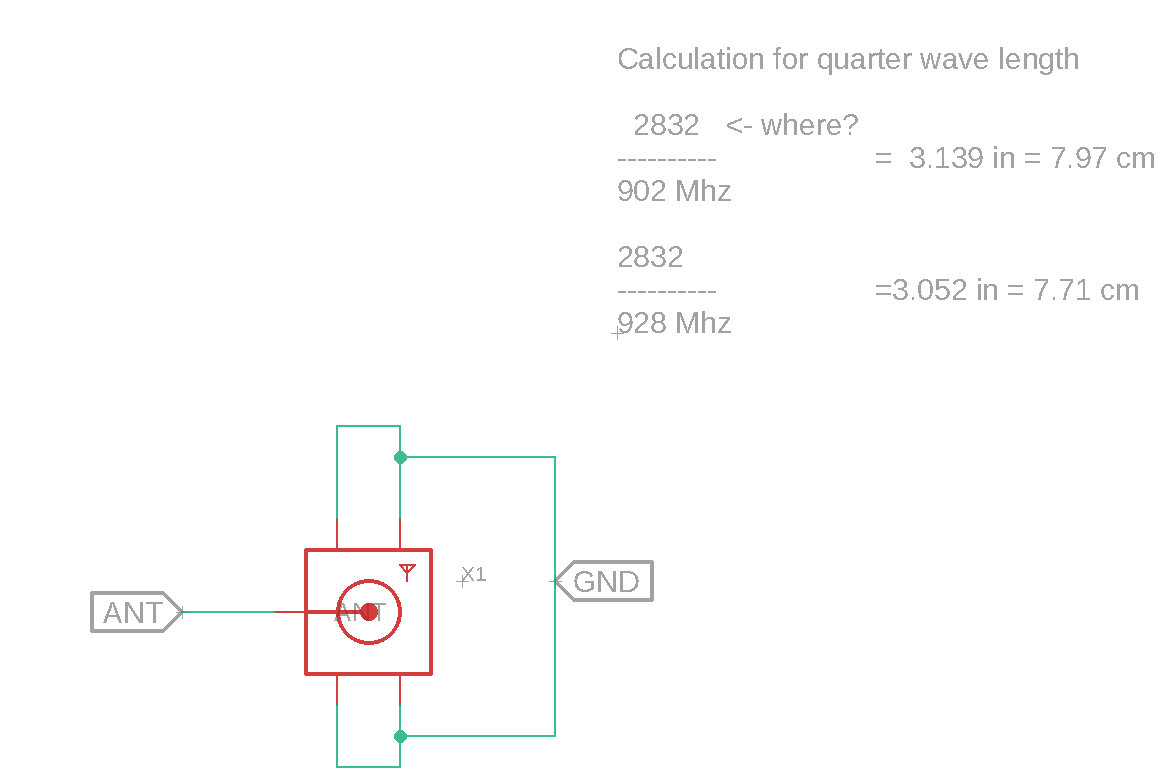 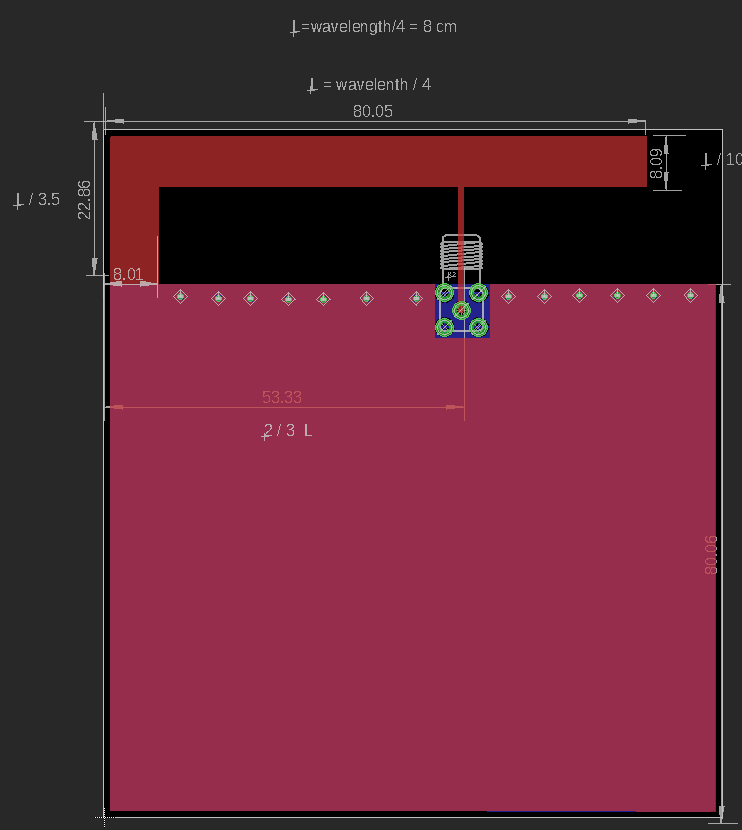 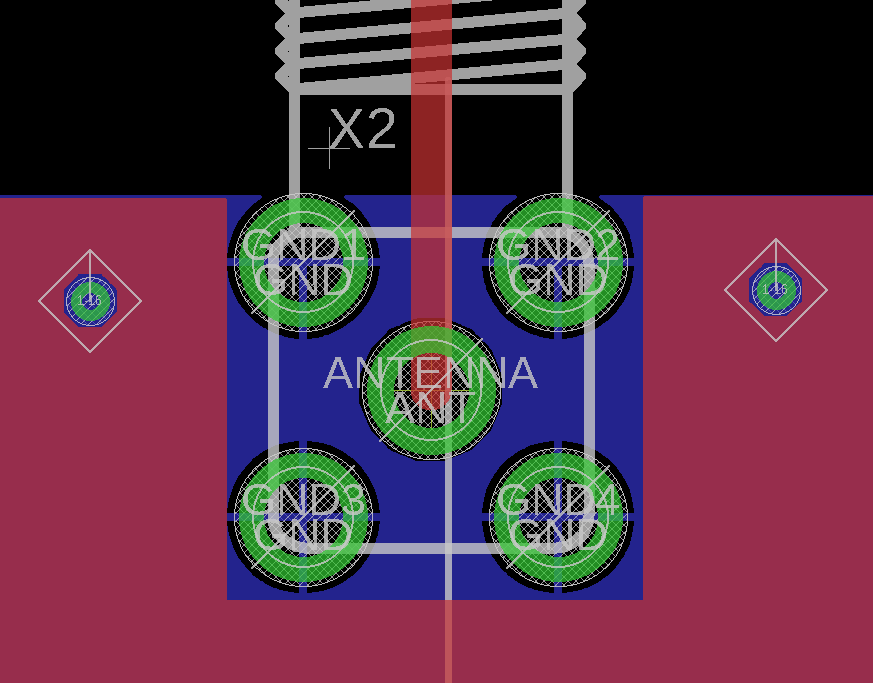 The vias were added and a ground plane in blue beneath the lower portion. The vias connect to the bottom ground plane but not the the top layer Ant signal connected to signal feed center pin. During bring-up these can be used forexperimentation by hand soldering via on top. These vias were added according to Figure 3 sub figure A in this wikipedia link.

In the video, he is showing the four ground pins with the heavy bold vertical lines by the antenna mount. Are these "gnd" or "mount" pins connected to the signal pin? I think not.

So the final question is, is the net/signal name "Ant" which is the entire top pour region and the center pin, also connected to the four pads for the antenna "ground," or should it be implemented as shown in the layout?

Those 4 GND pins/pads on the connector are soldered or otherwise attached to the lower ground plane, the copper part that's lambda/4 high. They are not connected to the center pin - the RF feed - of the connector.

If you were to do that, you would just be shorting the RF to ground.

Not the answer you're looking for? Browse other questions tagged antenna eaglecad pcb-antenna or ask your own question.

0
Eagle: automatic via creation to different layers?
1
Chip antenna PCB layouts
2
nrf52 and Chip antenna Layout Questions
1
uFL Antenna feed line on a 4 layer PCB [ESP32 WIFI Chip]
0
does adding Vias through the antenna feed line change impedance?
2
What is the purpose of metal layer on the bottom of a ceramic patch antenna for GPS
1
Regarding PCB IFA microstrip antenna mirror image on ground plane hole areas
0
On which layers of 4 should the trace antenna be (433MHz)?
1
Ground plane for a GSM spring antenna with 4 layer PCB