Most accurate way to obtain angular velocity from a IMU sensor

I have been using a BNO055 sensor (9° dof IMU) for a project which will use angular velocity to move the mouse cursor on a PC screen.

So far, I have gotten quaternion output from the sensor and been able to convert it to angular velocity in a couple of ways. The first, multiplying 1 quaternion sample by its conjugate in the next sample, and then converting the quaternion Delta in Euler angles. The second, converting from quaternions to Euler angles and then finding the change in those between samples.

Both methods result in angular velocity measurement, but each with their advantages and disadvantages. E.g. Quaternion Delta between samples does not suffer from gimbal lock, but it's difficult to isolate pitch from roll.

I know that you can ask the sensor for angular velocity data directly, but apparently that's less precise due to the Gyro drift and it's relative orientation only, which is why I opted to work with quaternions.

Is there a better way to go about this?

My code included below for reference with the 2 approaches in case it's helpful/interesting. It uses the Adafruit repository for BNO sensor.

My understanding is that this happens because quaternions are a representation of absolute orientation. So with any angle of rotation in the yaw axis we get a mixture of change in the pitch and roll axis whenever we tilt the sensor up or down.

This is what I mean that a change in sensor tilt (moving it up or down) results in a change in either/both the Y and Z axis. 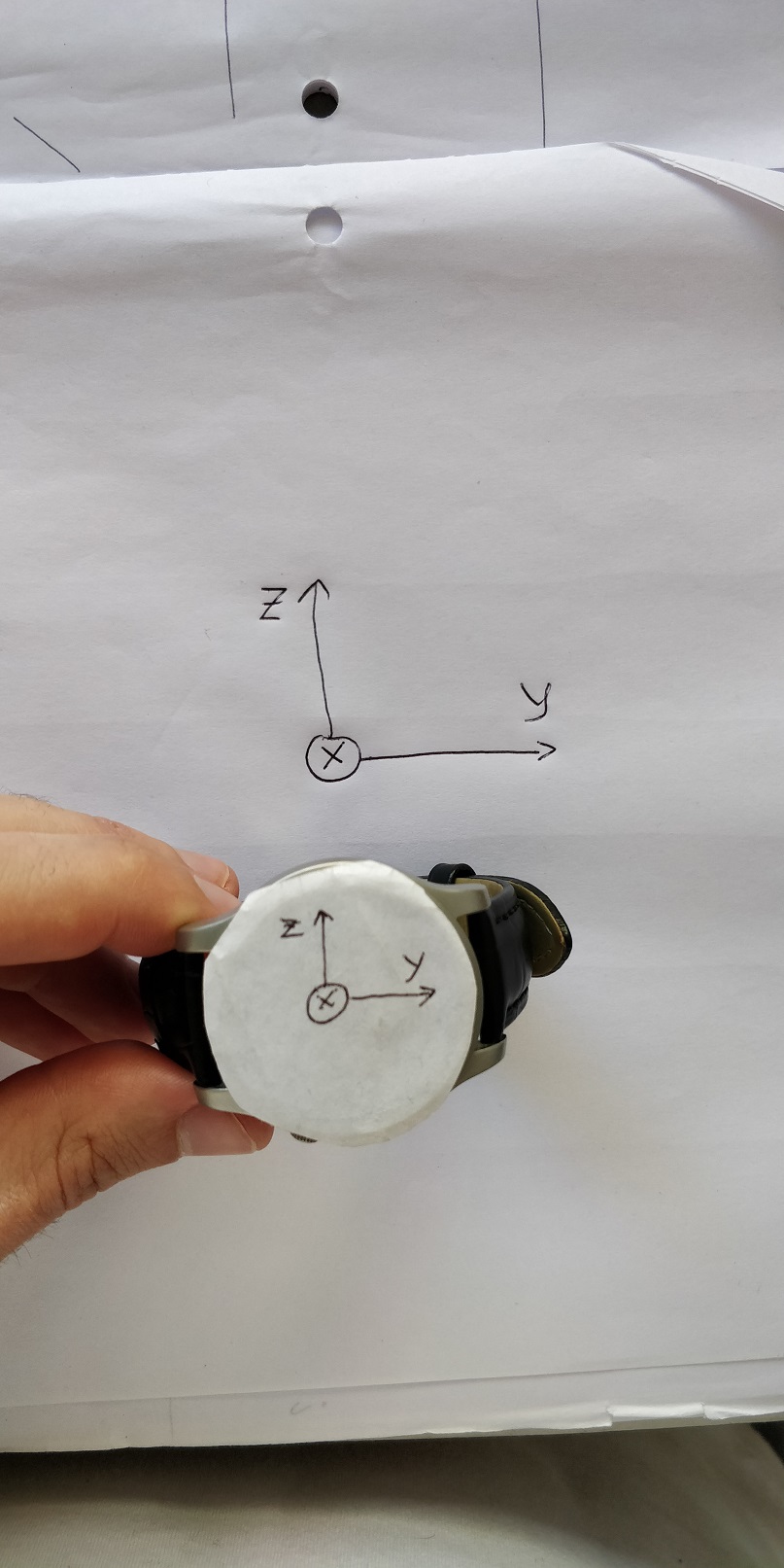 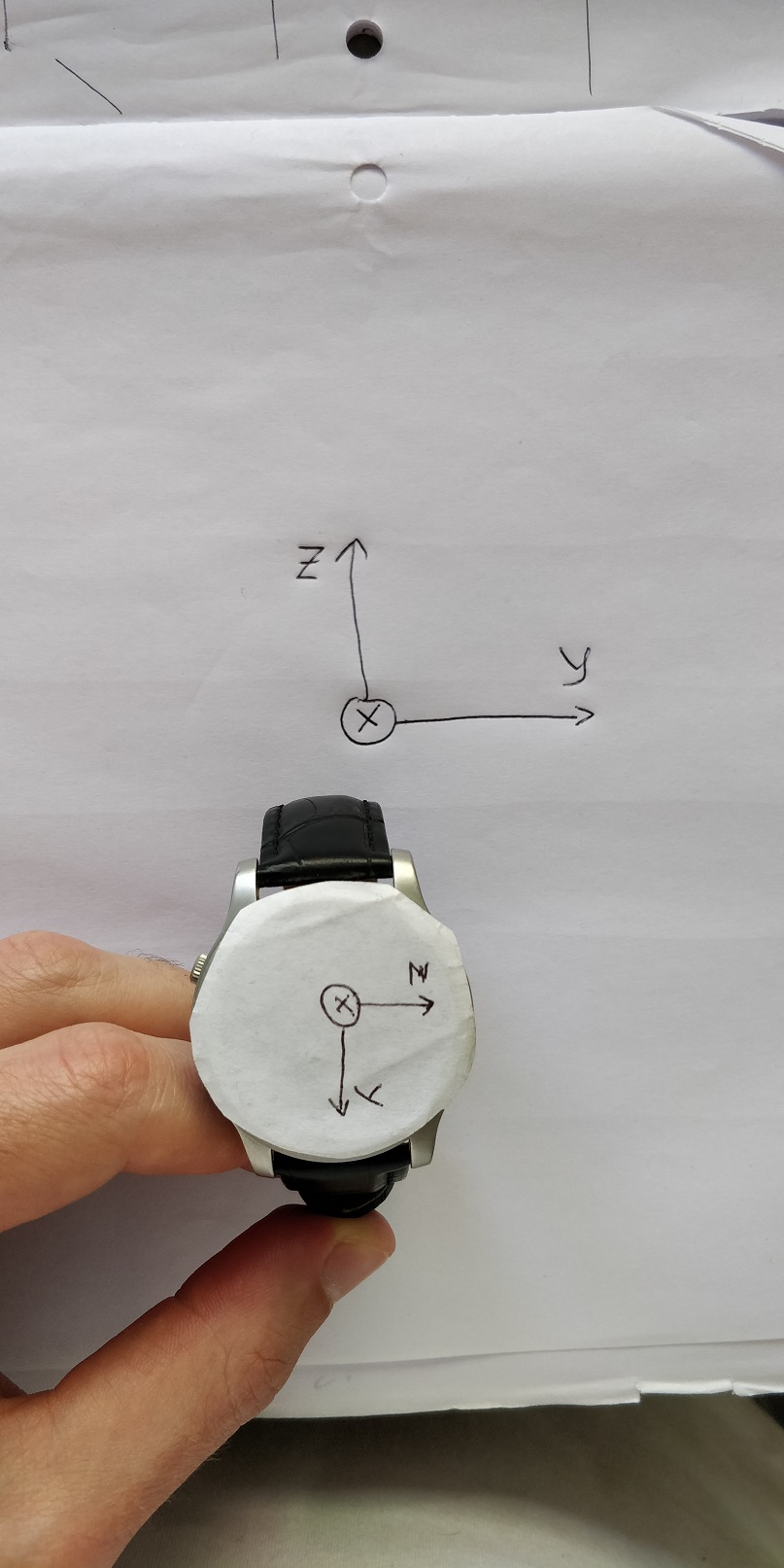 ... which will use angular velocity to move the mouse cursor on a PC screen.

The first, multiplying 1 quaternion sample by its conjugate in the next sample

The first statement gives the impression that the IMU output is sampled with small time intervals and you are using the adjacent samples of quaternion. If this is the case, the angle between the two quaternion will be a small angle and the pitch/roll mixing problem doesn't arise (for sufficiently small sampling interval).

The second statement gives the impression that the current quaternion is multiplied with the very first sampled quaternion or a fixed home quaternion and not the immediately preceding sample. The angles between the quaternion can be large and pitch/roll mixing will occur.

... quaternion current * quaternion home and transforming to Euler angles, we get the angular velocity between the 2 quaternion.

For rotations, when the angle difference is large, we can still compute the average angular velocity by imagining the shortest rotation which will take one quaternion to the other. However, due to the inherent properties of rotation, you cannot avoid mixing between the channels.

Reconstructing the angular velocity from quaternion

From the linked answer, we have, by rearranging,

If I am not mistaken (be careful about the quaternion convention. Some use frame representation, some use rotation operator representation), the result will be in the frame of the IMU platform. You can convert this vector to the home axis frame by using the vector rotation formula.

Not the answer you're looking for? Browse other questions tagged arduino sensor imu velocity or ask your own question.