How to capture output of adder?

I am experimenting with a circuit for adding two numbers represented by two digital counters and two cascaded 4 bits adders (74HC283). I tested separately with cascaded 74HC163 and with asynchronous 74HC4040 counters and I ended up with the same results. 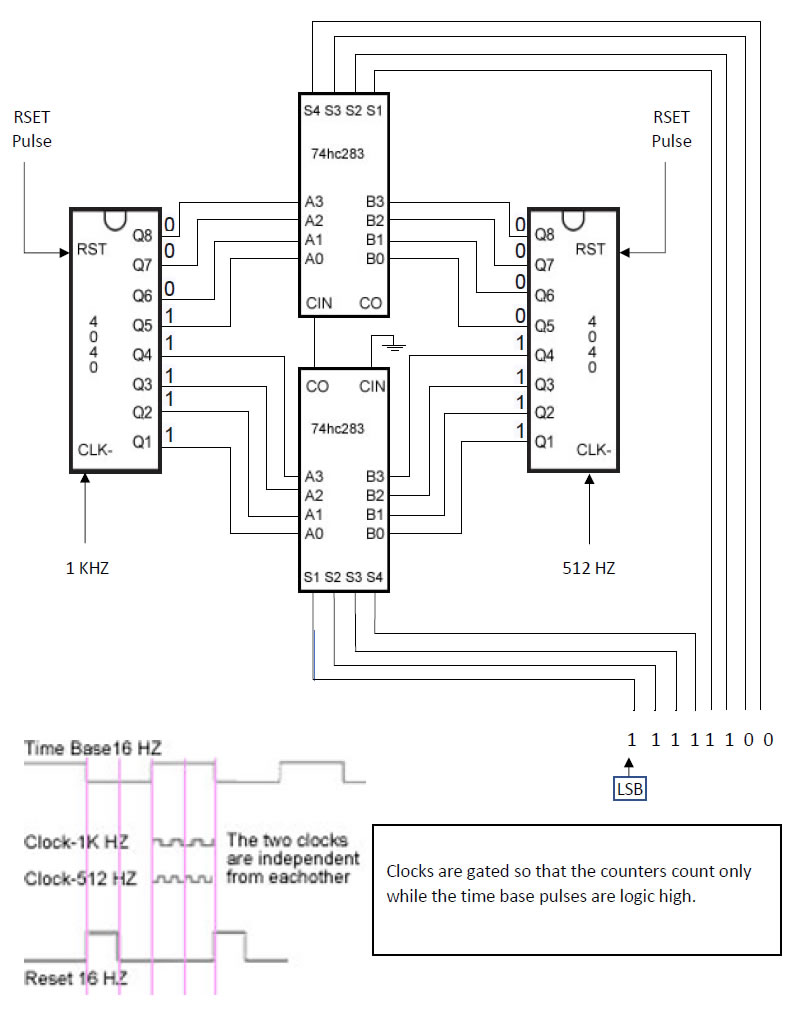 I feed one of the counters with a 1 kHz com signal and the second counter with 512 Hz signals. All signals are well formed square signals.

If I change the clk input of the first counter to 512kHz like the second counter, I see the correct output of 00011110 as sum at outputs s[] of the adder.

I understand that as the counter is cycling through the addition is performed. My thoughts are that the total propagation delay of the counters and the adders is in the order of hundreds of nanoseconds but the counters are not counting for many milliseconds before they are reset.

My expectation is to see the correct sum at output s[] of the adder at their pulsing output pins while the counters are counting during the logic high of the time base.

Please note that it is not about what kind of counters I am using. It is about the wrong sum no matter which counter I use.

Assuming the counter "a" bit is the least significant bit, it looks like you have the Carry Out of the high adder feeding the Carry In of the low adder. This is backwards probably

Not the answer you're looking for? Browse other questions tagged digital-logic counter adder or ask your own question.