I am trying to make my own function generator.

I will make it with adjustable frequency and peak voltage but for test reasons I'm simulating a constant frequency one.

My output has distortion which I believe is due to UA741's poor slew rate.

How can I fix that and get a more precise output?

I'm using +12/-12 Volts power supplies. I'm using a Wien bridge oscillator (WBO) to generate the sine wave. There's a filter to get the square and filter it twice to get the triangle wave.

I know using a 555 timer to create square-triangle-sine waves would be easier but as far as I know Wien bridge oscillator creates a very clean sine wave.

Also I want to go with the WBO for educational purposes. The output of WBO is about 750mV/-750mV peak so I used another amp to amplify the sine wave.

The output of the first amp is the yellow trace, the second is blue, the third is pink, and node after R8 is green.

Distortions are clearly visible in third picture, although I think my sine wave is pretty clean.

I want to change the op-amp but can't find a good substitute which also works in simulation. Are there any other improvements you can suggest?

Can I get a sine wave with bigger peak voltage wihtout using the second amplifier?

I don't have a scope so I adjust the frequency about 15 Hz and connect an LED to output to see if there a oscillation or not. 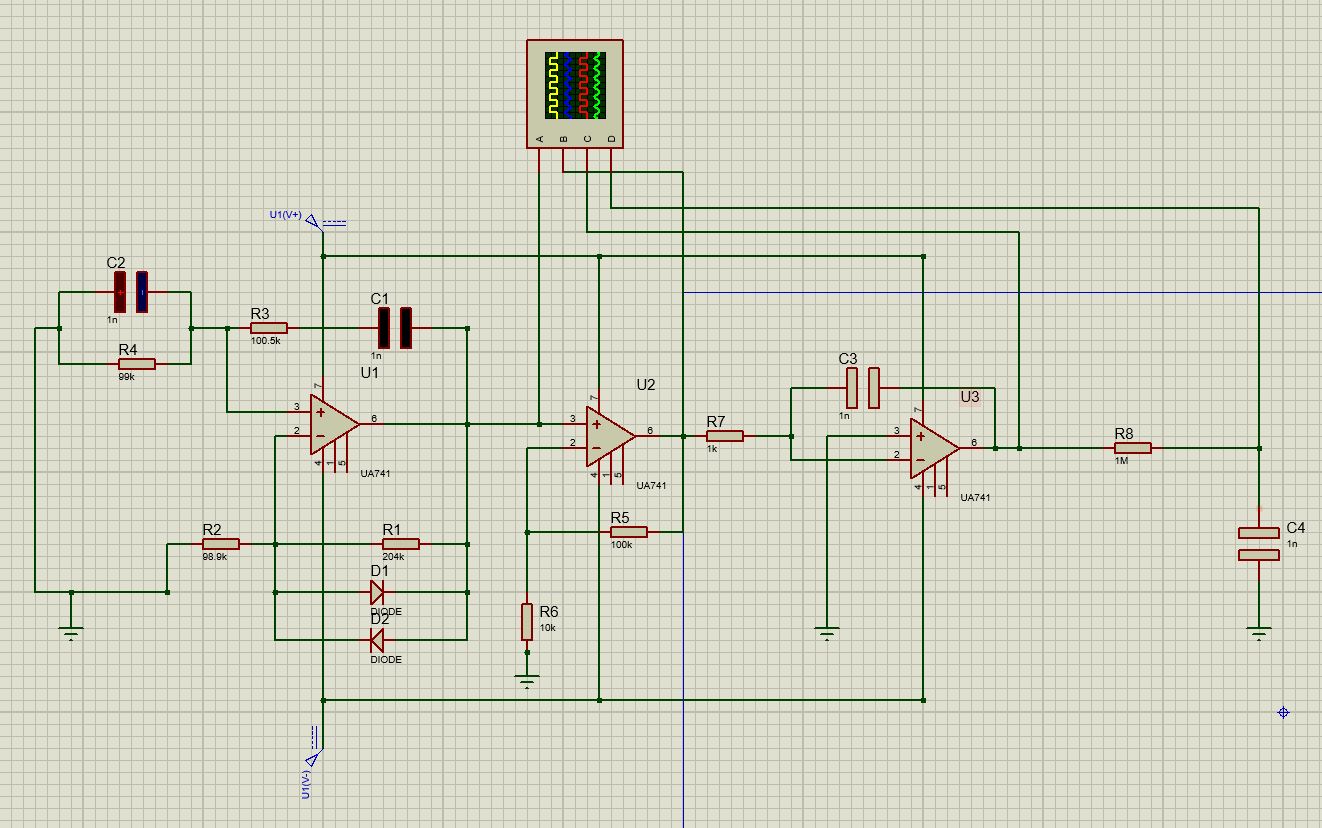 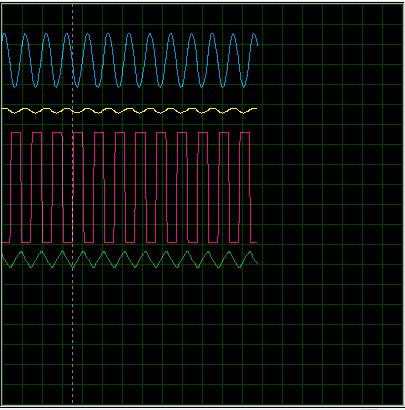 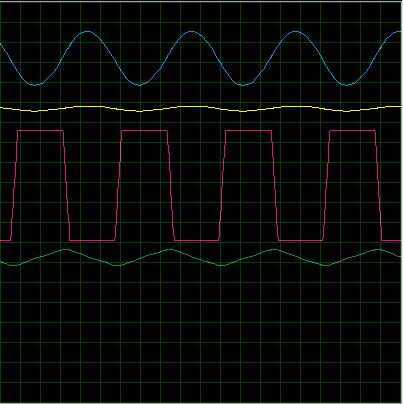 I suppose you are talking about the following distortions:

As you provide no voltage scale to you plots, it is hard to say if the slew rate of the 741 is the problem.

Not the answer you're looking for? Browse other questions tagged operational-amplifier oscillator function-generator distortion slew-rate or ask your own question.

5
Why does an Oscillator produce sine waves?
4
How is a sine wave created by an oscillator?
0
sine wave generator circuit with OPA604 and LM3900
0
Unable to reduce noise and no proper sine wave is generated using LM358
0
TL071 does not integrate my sine wave
3
From sine wave to square wave
0
Square wave generator with variable frequency and duty cycle