I've been working on this project to sum and scale DC voltages from 2 sets of four 0-5V variable voltage dividers, into two separate mixes with identical circuits. In my previous version, I fed the voltages straight off the dividers without buffers and ended up having lots of problems with voltage droop, as the mixer was forming a parallel path to ground for each divider.

I added voltage follower configured op-amps to buffer each stage and that solved my issue. Now I get the correct maximum voltage when all stages are turned up fully, (about 5.09V) but I've run into another perplexing problem. Each summing mixer also has another input from an external source that is clamped to a voltage range of +/-3V, and is not scaled. When the signal coming into the mixer from the dividers is at it's maximum, (5.09V), and I apply a 3V external signal to this non-scaled input, the voltage at the mixer output doesn't respond as expected, only increasing a total of roughly 25mV from the 5.09V instead of the full 3V. If I attenuate the voltages at the dividers to offer more headroom then the circuit reacts normally to external voltage, adjusting the output as expected in response to the 3V input.

My question is: Why is this circuit preventing the output from going higher than 5.35V?

It feels like I'm reaching the limit of the op-amp swing, but the supply is +/-12V (minus 0.3V Schottky diode drop on each for reverse voltage protection). The op-amp is an LM324, so unlike the TL074, it should be capable of going to the negative rail, and I can't imagine the upper voltage limit being 5.5V below the positive rail. Is there something I'm missing with regards to this op-amp's output range?

Here is a picture of the schematic, is there anything else clearly amiss? 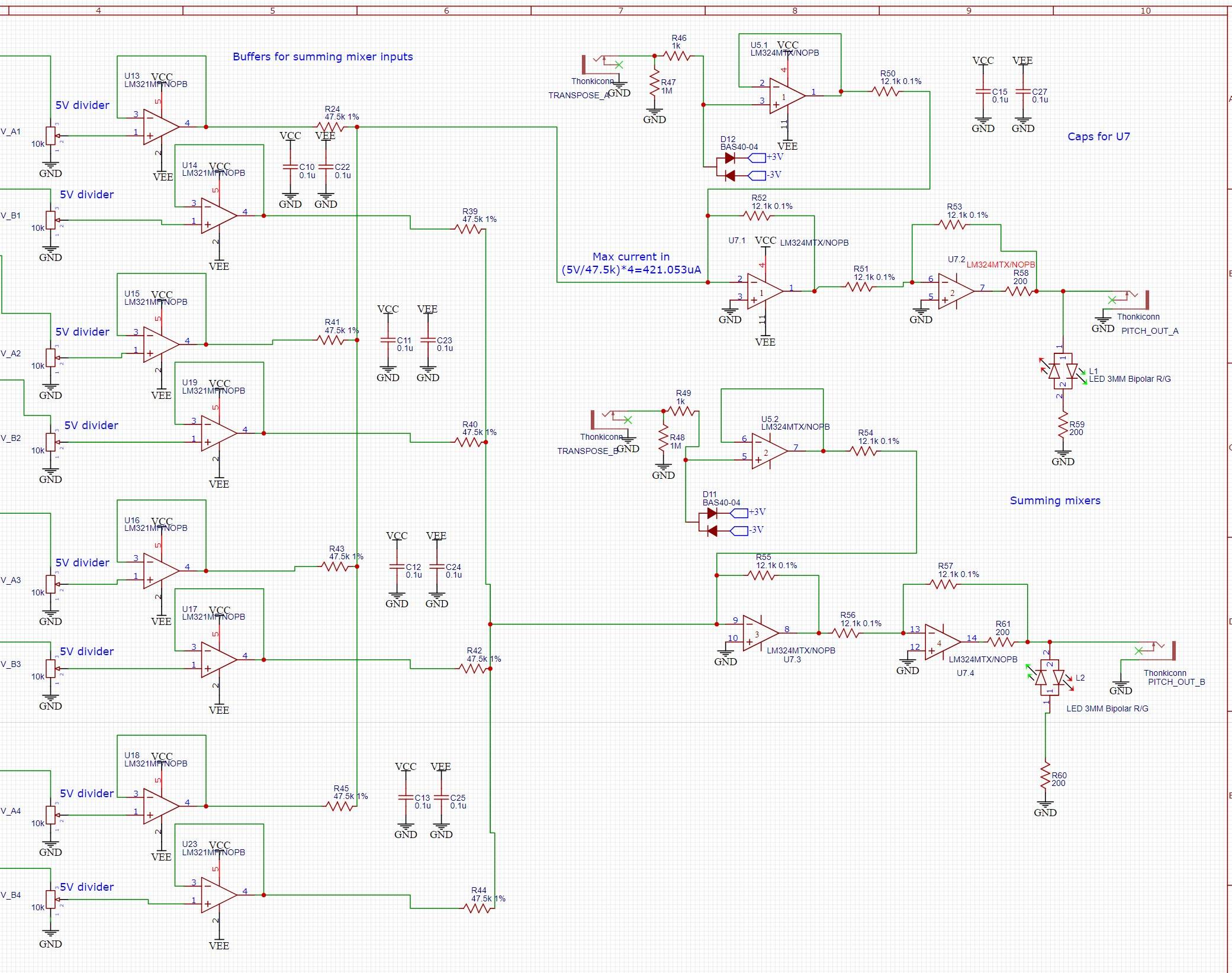 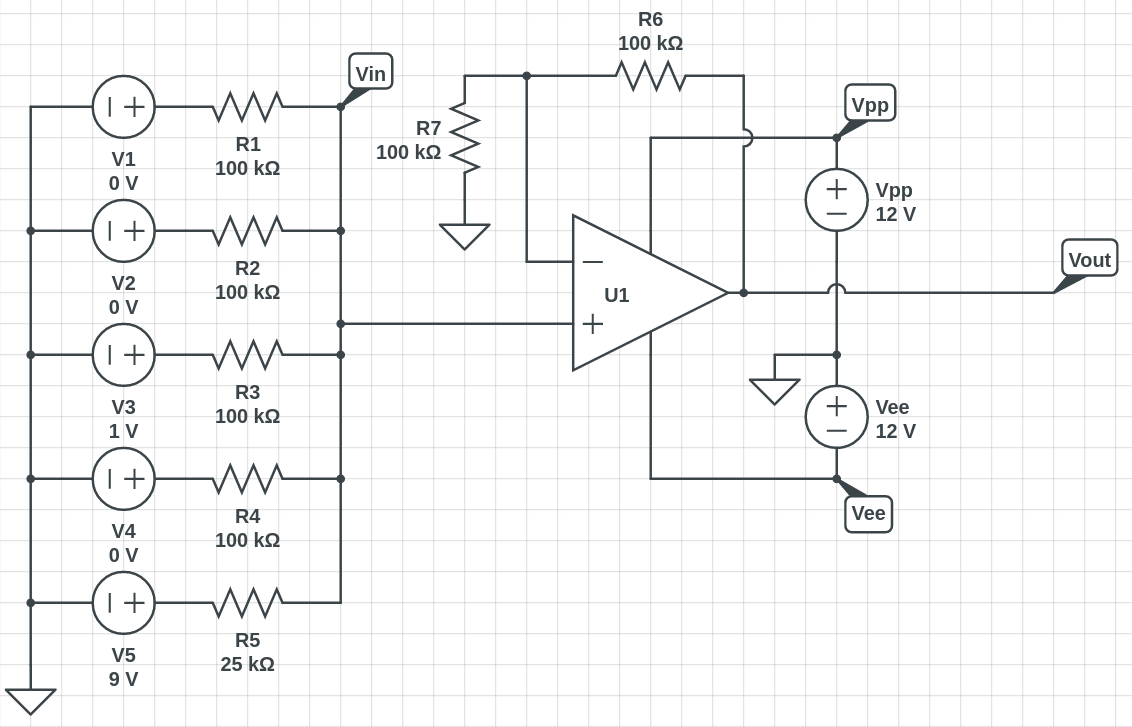 For your op-amps consider the onsemi NCV2007, which comes in four-channel devices that support your +/- 12V supply and are explicitly rail-to-rail.

If you want to stick to the 324 family, you might be able to get away with the ST LM324APT which will drop anywhere between 1.5V-3V from the upper rail. With Vpp=12V and a maximum expected 8V out, maybe you're safe.

Your mixers divide by 4 which limits your output signal from each input. If you wanted unity gain, you simply change all the 47.5k to 12.1k. Of course if each input were maximum then the sum of all inputs may exceed the supply range at some point if the peaks are in sync, so you need specs for “ headroom “ to limit the maximum input.

The Schottky Diodes clamp the input at ~ 350mV @ 1mA above 3V and below -3V with unity gain after this.

Not the answer you're looking for? Browse other questions tagged voltage operational-amplifier amplifier circuit-design mixer or ask your own question.