The infrared light generated by an infrared LED is in the 300+ GHz range, this is correct. For instance, the TSAL5400 IR LED often used in remotes has its radiation peak at 940nm wavelength, i.e. 318,930 GHz. 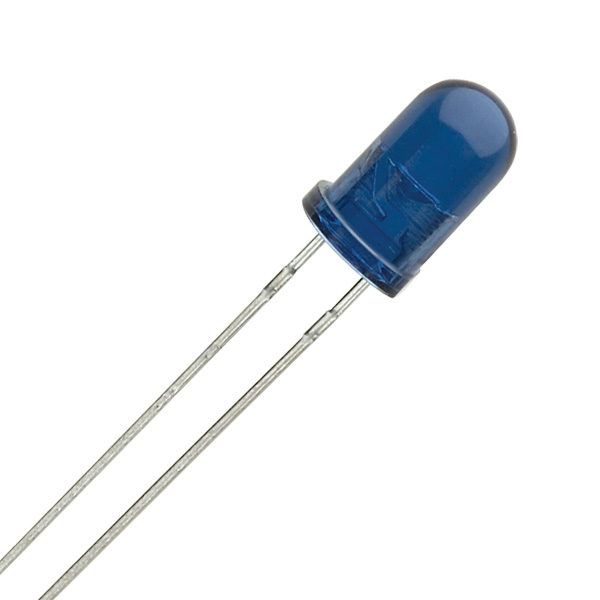 However, IR remote controls do not output continuous infrared light. The LED output is "chopped" via control circuitry into pulses of a given frequency, such as 34 KHz, 38 KHz, 40 KHz or 56 KHz.

The IR sensor at the other end filters incident IR at the specified frequency, and ignores any IR that does not conform to this chopping frequency or modulation. This ensures that stray infrared light, such as from sunlight, heat sources, or incandescent lamps, is ignored by the sensor, and only the correctly modulated incoming IR is acted upon.

This block diagram illustrates the operation of the classic, and now obsolete, TSOP17xx family of IR receivers, with the bandpass stage shown. This part, for instance, offers the following versions by chopping frequency:

There are multiple different such chopping frequencies supported by standard IR sensors for remote controls, so that two different remotes do not interfere with each other.

The above chopped (modulated) IR signal is further switched on and off in a binary pulse stream, to convey the actual remote control commands, of which several different standards exist. That goes beyond the current question, a bit of searching will provide additional information.

UPDATE: Adding an analogy to explain the concept of how this all works...

Consider several pairs of people standing on opposite sides of a deep valley. People on the north side have bright green flashlights, with which they are to signal their respective partners on the south side.

Now, if the first south-sider sees a green light flashing at 5 flashes per second, they sit up and pay attention. If the flashing is more rapid, or less, they ignore it.

Next: How does the north-sider communicate a specific message over to the south-side partner? Merely indicating that they exist, by flashing their light at the agreed upon frequency, is not enough. So they agree upon Morse code, with a dash being 2 seconds of activity, a dot being 1 second of activity, and gaps of half a second between each two symbols.

On the other side, everyone except the partner of the first person ignores the flashes, since they flash rate is not their agreed 11 or 17 flashes a second. The first partner however picks up the "D" message. Everyone looks up their Morse code reference booklets, and the game continues.

I hope this makes things a bit clearer. If not, someone else will have to try explaining.

In an IR system like this, you have a data signal with a few kHz bandwidth.

You use that to modulate an electrical carrier in the range of 35 - 50 kHz.

You then use that electrical signal to modulate a ~100 THz "carrier" by switching an LED on and off. Because of its high frequency, this 100 THz carrier has a lot of special properties, so we normally talk about it as "light" instead of "rf".

To clarify the relationship between the frequency of the infrared "light" and the so-called "carrier":

Technically, in modern IR remotes, the infrared "light" is the carrier, and the so-called "carrier" in the ultrasonic range is actually the sub-carrier, with the command data modulated onto the ultrasonic sub-carrier.

The reason that the ultrasonic frequency is referred to as the "carrier" is that in the first wireless remotes, the commands were actually carried on an ultrasonic "sound" carrier. The first wireless remotes had a few ultrasonic tuning forks, which would be rung to control on-off, channel, sound, etc. Have you ever heard an old person refer to the remote as "the clicker"? The reason for that is that when you pushed one of the buttons, it would ring one of those ultrasonic tuning forks. You couldn't hear the ultrasonic frequency, but you could hear the click.

Further, if you had a parakeet, it could hear and repeat those ultrasonic "chirps" and randomly change the channel on you, which could be annoying.

The infrared remote of today is a big improvement over the ultrasonic remote. The channel doesn't change whenever the bird chirps!

0
Arduino beacon for IR Seeker v2 (Mindstorms NXT Sensor) - Pulse IR at 38Khz Carrier and 1200 Frequency
2
IR receivers: how to interpet “Max. Envelope Duty Cycle vs. Burst Length”?
1
Can I hard wire an IR remote directly into the receiver?
1
IR photodiode doesn't show 38kHz carrier wave on oscilloscope
2
Very simple signalling over 12V DC power wire?
1
Decoding UART over IR
0
How can IR frequency modulation be used to detect distance?
1
What is the meaning of carrier out for an IR receiver?
0
Missing modulation in IR signal?