I'm pretty new to electrics/electronics. I'm sorry if I make dumb questions, and thank you for your time.

I wanted to control my LED strip shipped from Ebay, which works well with 12V 2A DC adapter. To control this, I've made a dimming switch which is designed to work exactly same as the one on Aliexpress. The schematic is like below: 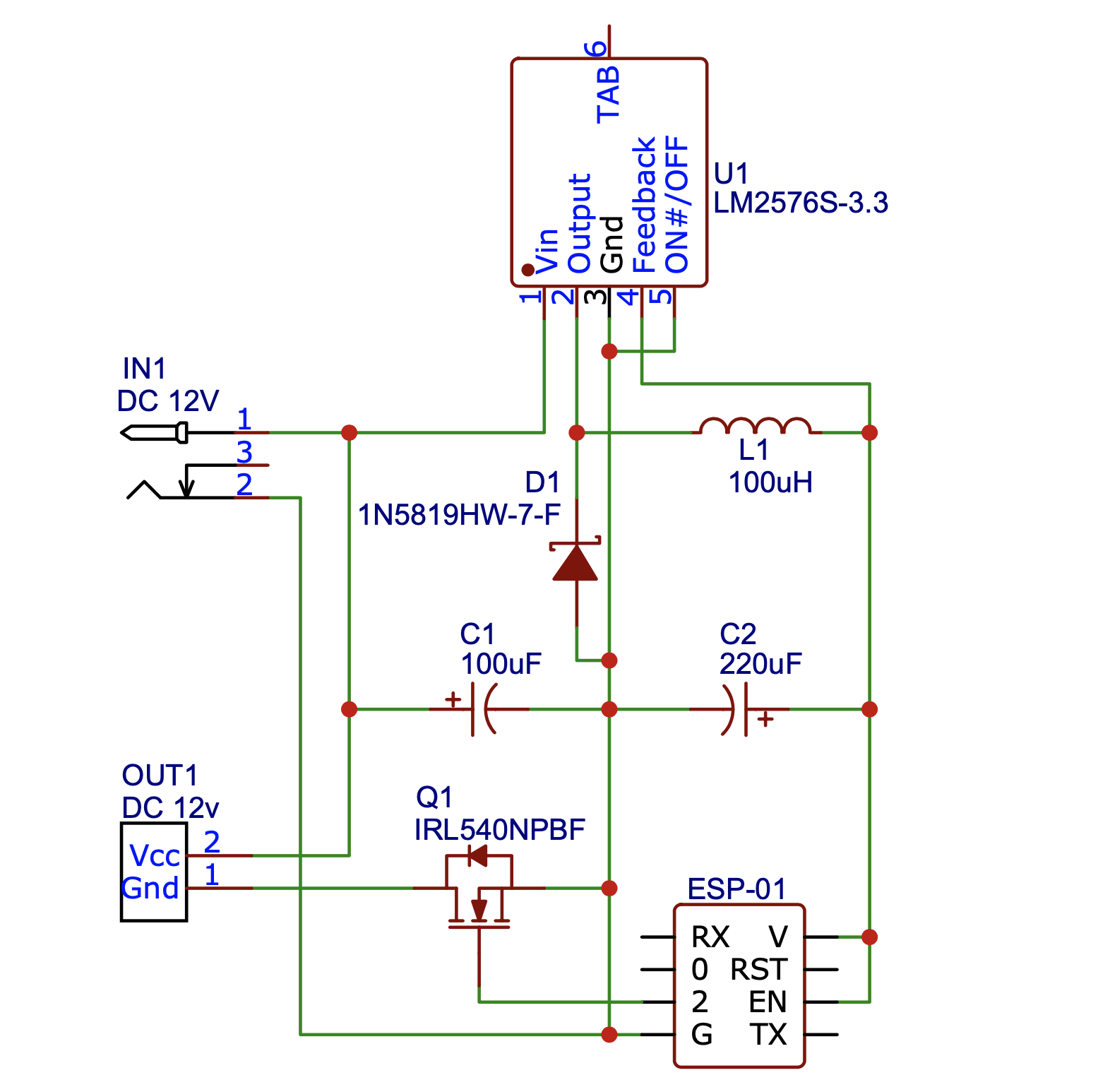 I designed and ordered a PCB based on the schematic above, and it worked pretty well. However, I found two problems:

The latter is not so critical to me because it gives me an expected behavior: being turned on while the ESP-01 is booting. What makes me sad is the former one.

After a few hours of searching, I found that this style of placing MOSFET after load is called "Low-side" switching, and it is not suitable for applications where the circuit or the load can be grounded.

They are in fact physically isolated from the ground by mat wooden surface(my desk), so I expect that they would work without any problems. However the LED sometimes randomly flickers at a very low brightness in the dark even if it has no contacts to any conductive objects. The brightness increases when I touch the tab of the MOSFET or the GND line of the LED, making me think that this is the matter of grounding, which can be a problem with the low-sided MOSFET design.

So my question here,
Q1. Did I catch the right problem?

I don't know if my diagnosis is correct. There might be a number of things that I missed out.

My second question is:
Q2. Would it be a good choice to refactor the circuit to use a high-side MOSFET?

However the LED sometimes randomly flickers at a very low brightness in the dark even if it has no contacts to any conductive objects.

Your eyes are very sensitive to low light, and LEDs can work on very little current.

Simplest solution is to wire a resistor across the LED strip which shunts away any small currents that might be induced in the wiring. A 1 kÎ© resistor would only increase current draw by 12 mA when the LEDs are on, and keep them off at lower induced currents.

Then don't do that. Problem solved!

Not the answer you're looking for? Browse other questions tagged led mosfet grounding dimmer low-side or ask your own question.

0
Designing a schematic for PCB, what should I consider?