I want to use a rotary switch to switch between filters which I believe will give me different frequencies. But the problem is when I connect the positive feedback to the other filters too, naturally, the circuit changes. So to prevent this, I want to use the rotary switch to switch between filters and when I switch, I need another switch to connect the switched filter to the positive feedback. Below there is a manual, inefficient try. I painted the focus point with yellow. 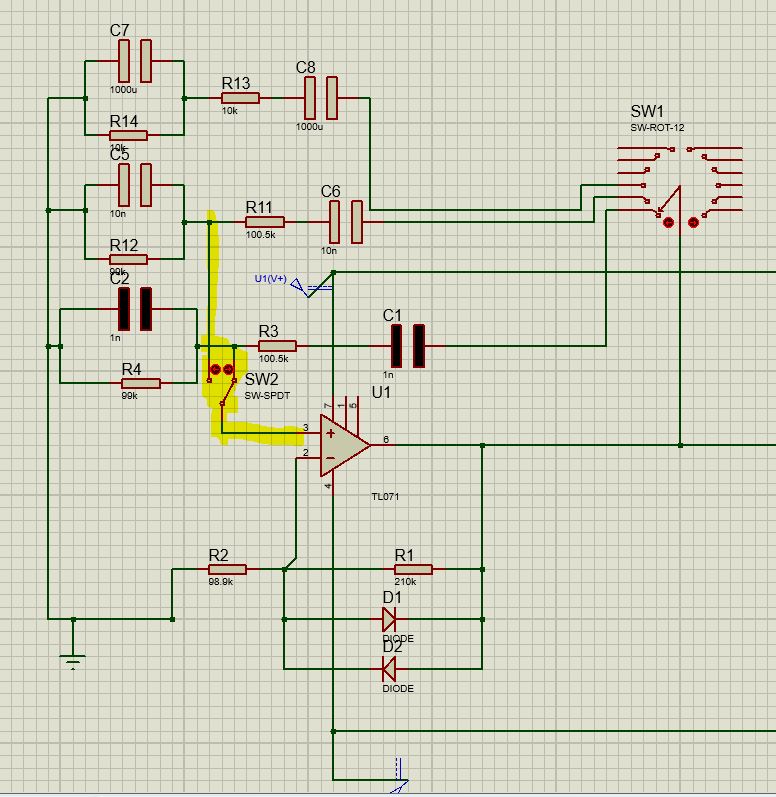 link to my other question

How to improve and add frequency adjustment function to my DIY wave generator?

I want to build a wave generator. I chose wien bridge oscillator(WBO) as my oscillator and I obtain other waveforms by filtering the sine wave I get from WBO. I managed to get a fairly decent wave forms when the switch is at position 1 but nothing near that other combinations. I am looking for ways to improve my design and make it work since it doesnt work as intended. 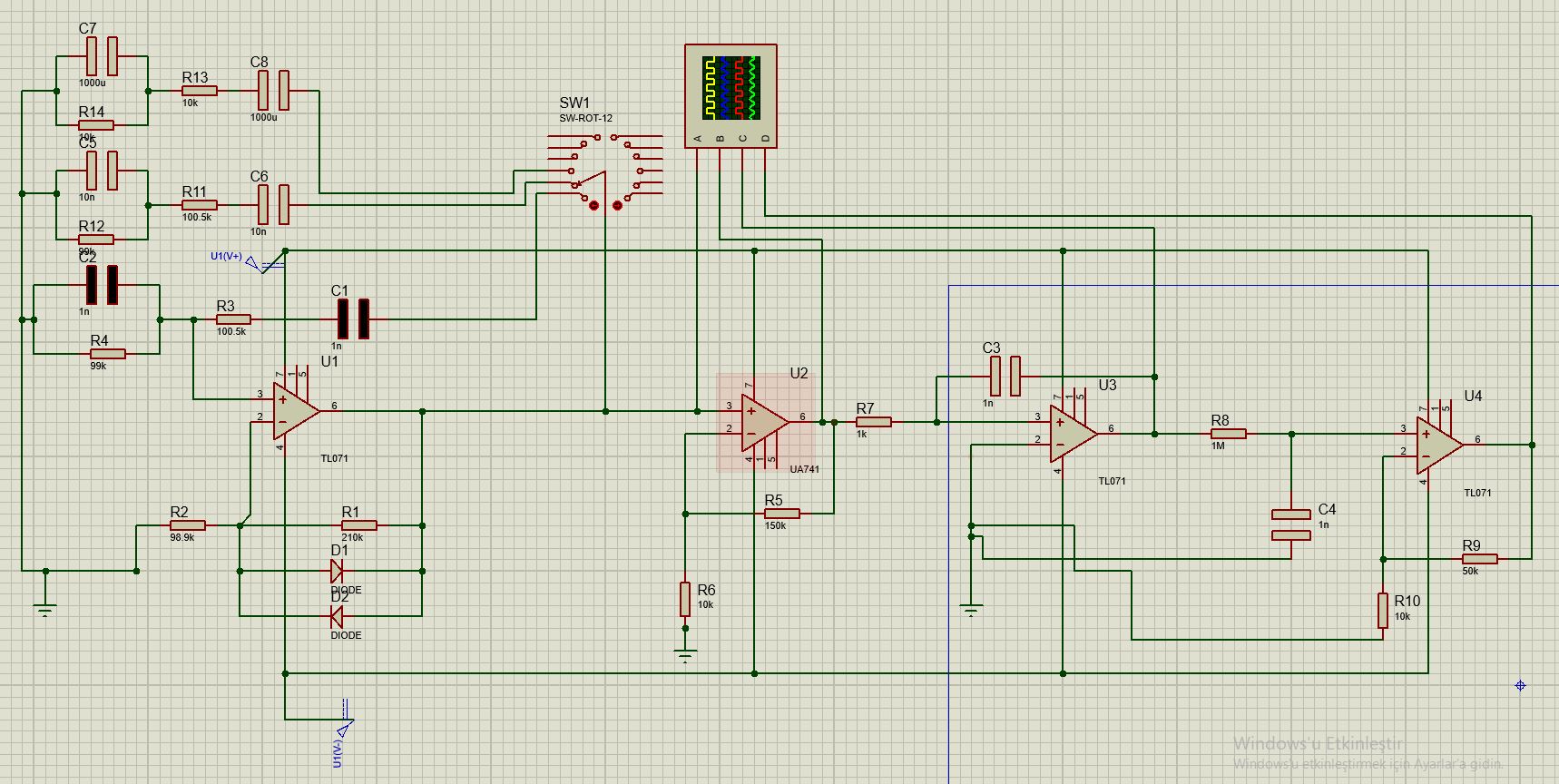 To build the oscillator. I get a nice sine wave with this setup, which is actually one of the reasons I chose WOS. Even though the signal was clear, the magnitude of output was pretty low (around 750mV) and I wanted to amplify it.

To build an amplifying component with gain 10. Now my sine wave was nice and around acceptable magnitudes. Then I wanted to filter and amplify it again by using an integrator OpAmp to gain a square wave.

I preffered TL071 here again to get rid of the slope of the square wave. TL071 has a higher slew rate around 10V/us as I remember. As you will see the square wave is pretty neat too.

To acquire the triangle wave I used the same circuitry I used to filter the sine wave. At first I tried to use an UA741 but it just gave me the same square wave, I dont know why. Later I just used a low pass filter

which gave me a rough triangle wave it had peak voltage near to none. So I used TL071 instead of UA741 to apply the same filter I used on sine wave, to the square wave. This gave me a decent triangle wave with a little plateau. 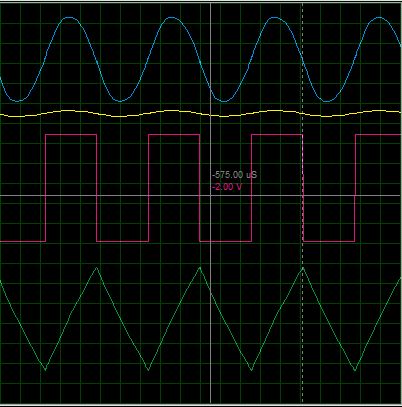 outputs with oscillator having 1nF capacitors and 100k ohm resistors

In the end, I had a nice sine wave (around 6.5/-6.5 peak voltage), a nice square wave (around 12.5/-12.5 peak voltage) and an acceptable triangle wave (around 12.5/-12.5 peak voltage). To implement the adjustable output peak voltage I thought about using a potentiometer to change the gain of first OpAmp which amplifies the sine wave. To implement the adjustable frequency I thought about putting some capacitors with trimmers. Since for the sake of oscillation C2 should be equal to C1 and I couldnt find a way to change both capacitance exactly the same (like a ganged up potentiometer) while adjusting the frequency, so I abandoned this idea.

I thought maybe using a rotary switch I can switch between frequency mods, which turned out to be a huge dissapointment. In the schematic above you can see the final implementation. when switch is at first position everything is fine. As I switch problem begins. 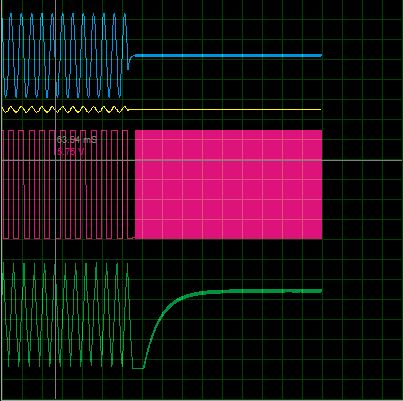 You can see the switch time exactly. Plot of before and after the switch 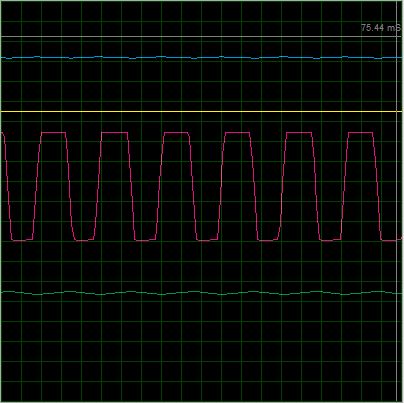 There were even times that I get 0 output from every wave form. I need suggestions to:

You should use a 2 pole rotary switch, also known as a ganged switch.

RV1 should also be a ganged type. 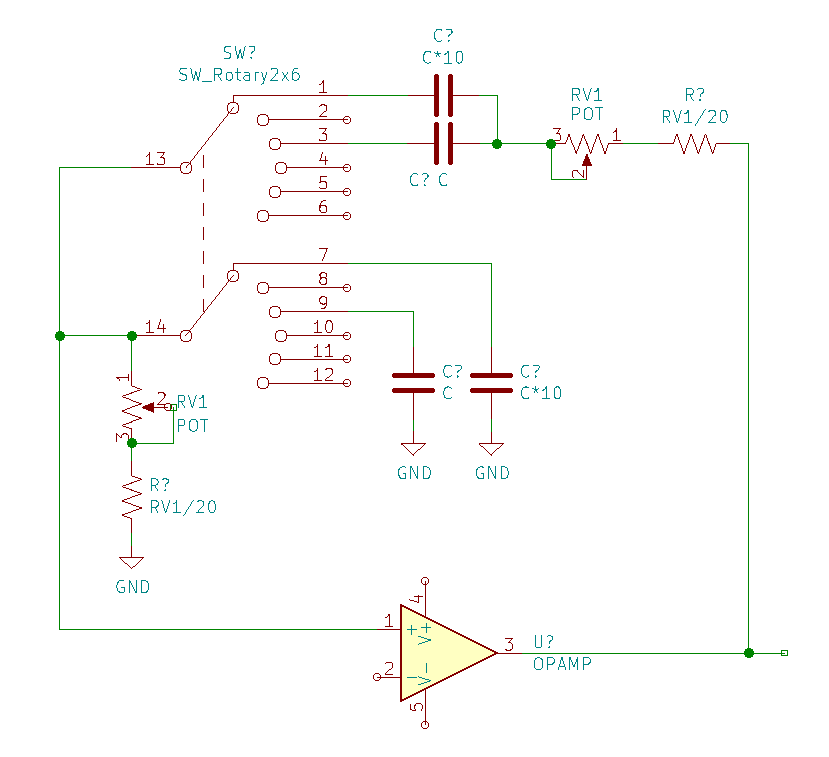 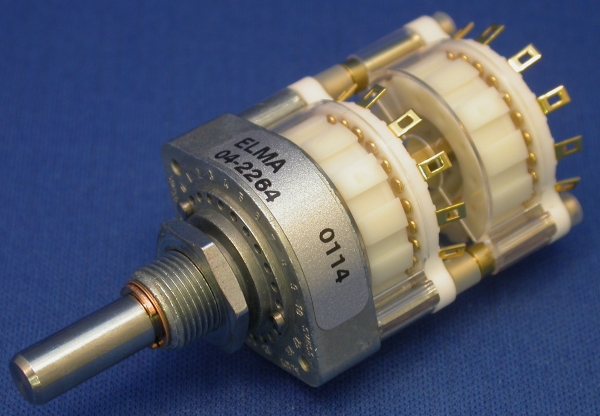 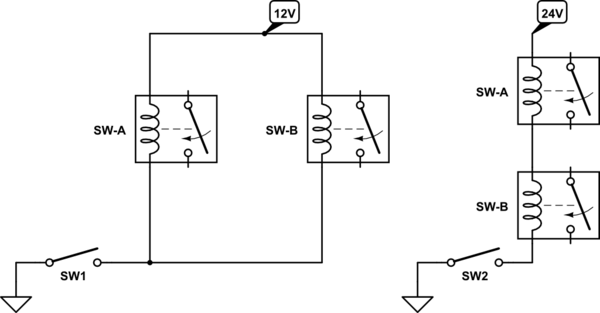 Not clear if this is too a trivial answer.

A) If your 2 switches are two relays, the you can wire their coils "together", that means either in series (e.g. 12V dc coils fed by a 24V dc) or in parallel (the same two 12V coils connected in parallel to a 12V source). The switches on the lower side of the coils (SW1 and SW2) can be a simple switch or a transistor, or MOS...)

B) An even more trivial solution is if your switches and B are the contacts of a two-way relay, so you control the coil and you move two contacts at a time, switching them on and off at the same time.

As you see it is very simple. Could you clarify if this does not address you problem?

As I dont know details about requirements of power rating, voltage levels, if it is going about AC or DC, this is one of the solution. Voltage on B_load is 0.7v less than on A_load (0.4v if use a schottky, but remember on leakage I_reverse) when you supply B_load from A_switch. 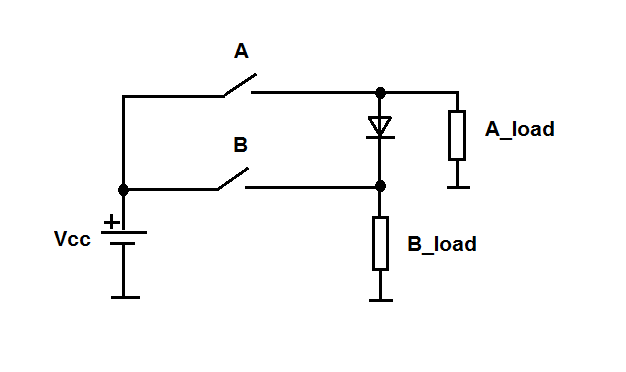 Not the answer you're looking for? Browse other questions tagged switches switching analog-switch or ask your own question.

0
How to improve and add frequency adjustment function to my DIY wave generator?

1
Remove pin to close switch
1
How suppress bounce-related turn-on spikes in DC bench power supply?
0
Voltage gated switch issues for audio application (guitar pedal)
1
How can I have one LED go on, when another goes off
2
Could you please validate this sine to square circuit?
1
How to switch on/off ungrounded circuits using a transistor
0
Low input to close switch
0
How to make one switch control multiple identical subcircuits?
0
Voltage surge suppression technique in high-speed switching based electronic circuit