What is back EMF?

I am trying to understand what does back EMF mean.

Back EMF changes instantly but the induced current in the core can't change instantly since the current is di/dt (dt≠0).

EMFs can be generated in a wire in three different ways: by moving the wire (motional EMF), by moving a magnet near the wire, or by changing a current in a nearby wire.

As it has a voltage opposite to the applied one, so, it goes back into the source to oppose the current thus the name back EMF.

What is Back EMF? 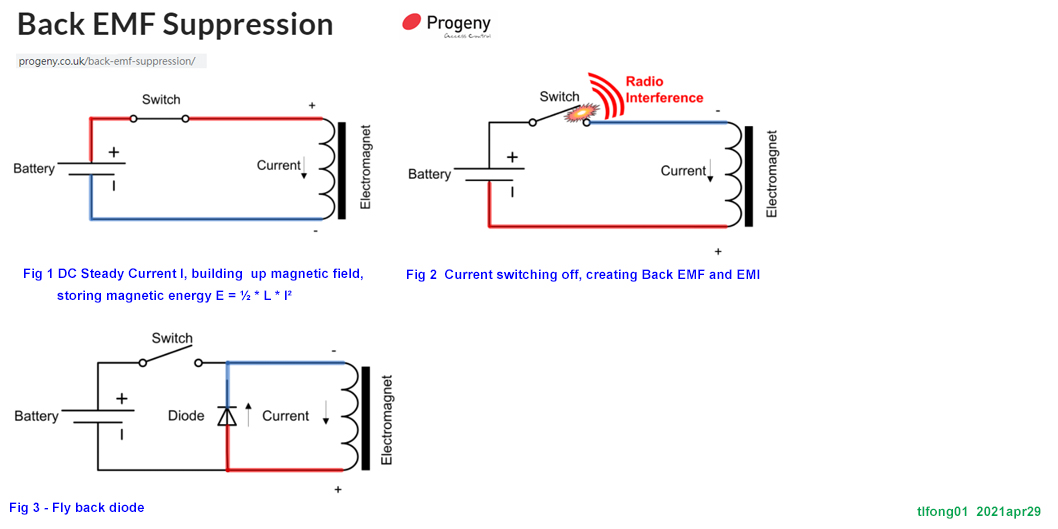 The OP seems to have mixed up some inductors and capacitors concepts.

For inductors we don't consider the electric field, which is for capacitors. We consider her twin/mirror sister, the magnetic field.

For an inductor, say, if you apply a voltage across it, current increases exponentially and after some time, to an almost steady current (Appendix A).

For this almost steady current flowing, there is a magnet field built up, which stores energy, and let us call it magnetic energy.

If at this time, you try to switch off the voltage applied to the inductor, the almost steady current can no longer flow, so it would try desperately to find an alternative current path to flow. Why so desperate? This is because the stored magnetic energy cannot disappear suddenly (Note 1), otherwise the Law of Conversation of Energy would be violated (and Mother Nature would be very angry, and would not allow this to happen! :)).

Note 1 - The energy built up is equal to ½ * L * I² (Appendix B), so it is proportional to current I. In other words, if I stops suddenly to become zero, it means energy suddenly disappear to nothing, and this against the Law of Nature. However, it is OK for this magnetic energy to convert to another form of energy, say heat energy.

Anyway, if you don't provide an alternative current flowing path using say, an "flyback" diode, which allows the flowing current to continue flowing "in the same original direction" , and dissipating the originally stored energy in the magnetic field as heat energy at the diode, which gets hot.

If there is no flyback diode, Mother Nature will create an alternative current path for the human, as described below.

A big voltage potential, called Back EMF (ElectroMagnetic Force) will let the flowing current to continue to flow, by ionizing the nearby air to become sort of a electricity conductor (actually a poor conductor, or high resistance), and the otherwise no where to go current would happily go through.

Since the ionized air is not very conductive, so the back EMF ("back" means "fighting back" (Note 2) the force to stop current flowing) must be very high, sometimes thousands of volts, to break the air molecules into ions, for the current to flow.

Note 2 - The idea of "fighting back" is a general thing, similar to Newton's Third Law: "Action is equal to (fighting back) reaction". Lenz discovered this phenomenon a couple of centuries ago. BTW, the Back EMF concept as explained here, using a simple current switch and a flyback diode is only one of the many specific cases of a general thing. There are many other specific cases, say, in transformers and motors, that also find back EMF.

So you see the "sparks", which are the poor little guys, knocked out along the way, by the current rushing in a big hurry.

Now energy has converted from magnetic to heat, thus conserved.

Universe is in harmony, no scary Big Bang would happen again.

Mother Nature is happy and goes back to sleep, until another naughty human again switches off some flowing current which has no where to go, and the fun repeats ...

End of Back EMF story. 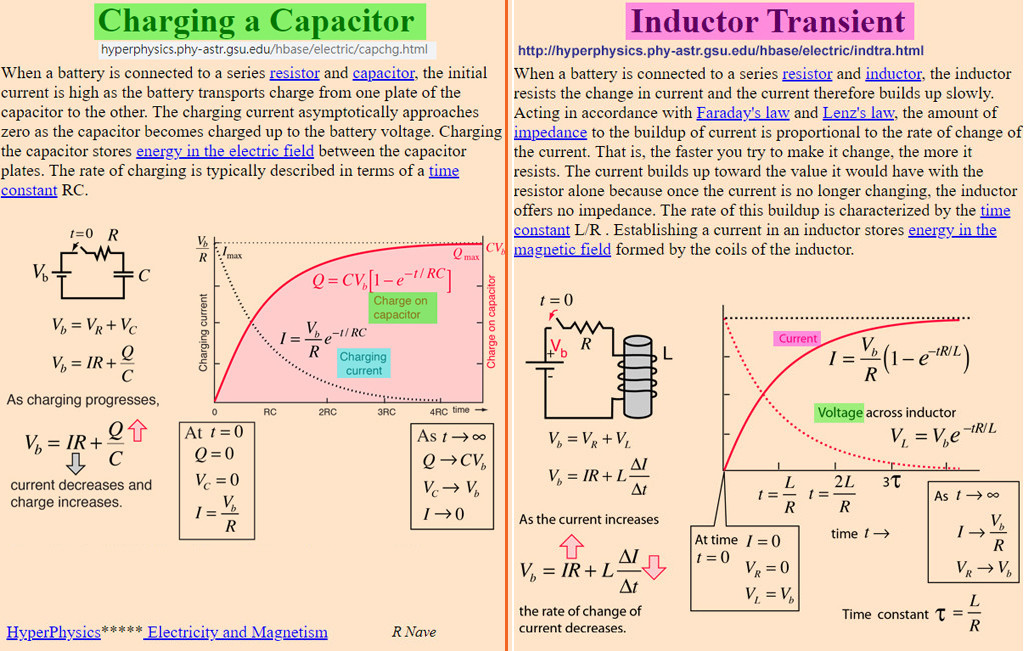 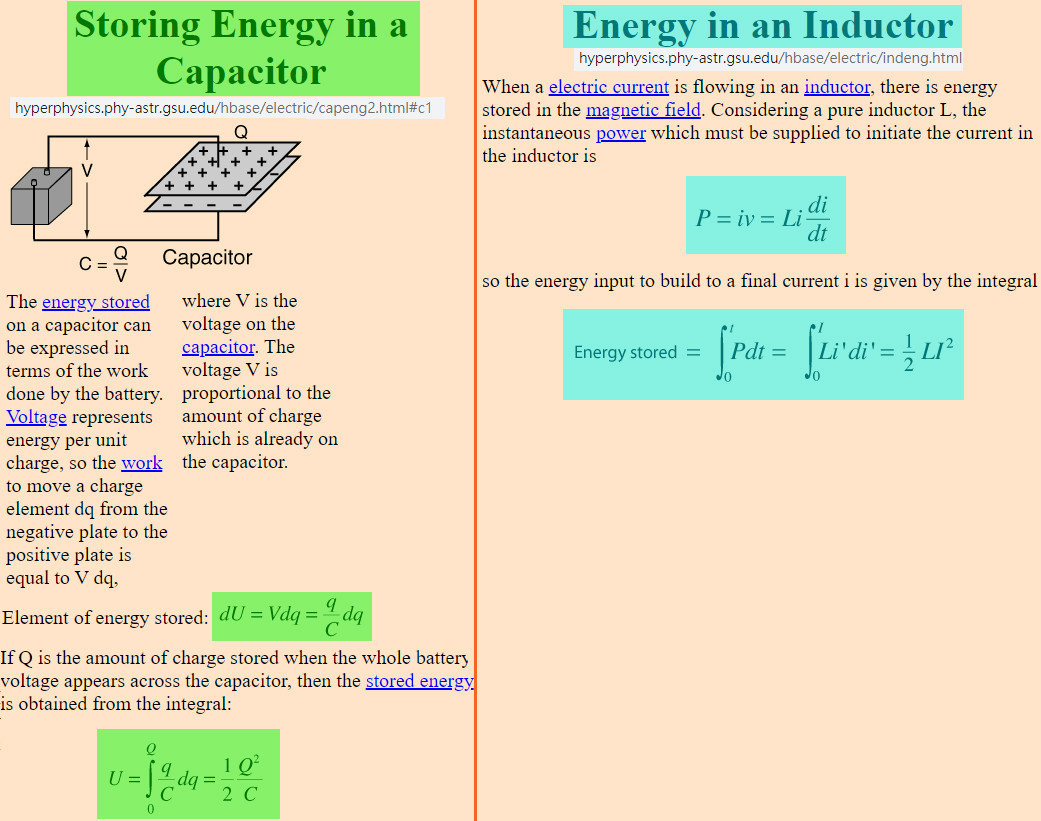 The disturbance may degrade the performance of the circuit or even stop it from functioning.

In the case of a data path, these effects can range from an increase in error rate to a total loss of the data.

EMI frequently affects AM radios. It can also affect mobile phones, FM radios, and televisions, as well as observations for radio astronomy and atmospheric science.

Integrated circuits are often a source of EMI, but they must usually couple their energy to larger objects such as heatsinks, circuit board planes and cables to radiate significantly.

On integrated circuits, important means of reducing EMI are:

Appendix D - Displaying the waveform of a back EMF voltage wavelet

Two years ago I used an electromagnetic buzzer to switch on/off the current in the buzzer inductor coil, attracting/releasing the spring flap current making/breaking contact. There is no flyback diode. I also tried using relays and solenoids without flyback diode. I used a scope to display the current pulse, as shown below.

These guys have bought their transformer from the same place as you have. 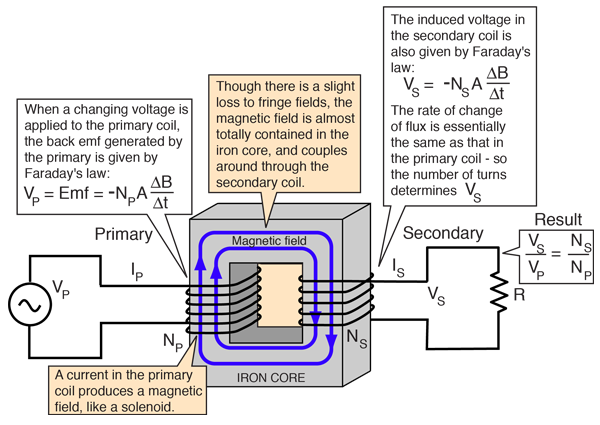 Here's a simple way to think of what's going on.

It takes a small number of ampere-turns to magnetise the core. In a properly designed transformer the primary winding will be designed so that it brings the core close to saturation to get the most benefit from the weight. The changing winding voltage induces the changing core flux which generates the opposing EMF and this limits the primary current to a low value.

Comments on your question:

This question contains a new mixture of misconceptions.

You should remember that induction happens in space where magnetic field changes for any reason. In transformers the magnetic field occurs mostly in the iron core as you have drawn. That's the peculiar quantum physics effect (ferro- and ferrimagnetisms) how external magnetic field caused by current in wires succeeds to persuade the molecular magnets to take the same magnetic field direction as the external field. Thermal random motion tries to disturb it, but in normal core materials the magnetic flux is easily hundreds of times stronger than the same windings and current would cause in free air.

Essentially Faraday noticed that changing magnetic flux in the core generates immediately (=at the same time as the change occurs) a new field which is in the same space as the magnetic field and around it, but directed differently. It's the induced electric field. It does not diverge outwards from charges, it exists as closed loops around the growing or weakening magnetic flux lines.

In transformers the induced electric field is circularly around the core just like the turns of the windings. It pulls electrons along the wire so that a substantial voltage can occur between the ends of a winding. +pole is that end where electrons are pulled from and -pole is where the electrons accumulate to.

The circular field electric field is also inside the core. That's why the core of the transformer should not be conductive. It can be made of ferrite which is an insulator. Iron sheet cores are divided by thin insulation layers to separated small areas so that no circular (=eddy) current can exist around the core. Eddy current would affect like a shorted one turn winding.

Faraday noticed that the induced voltage between the ends of a winding is proportional to the changing speed of the magnetic flux. At the same time (with no idea what Faraday tinkers) Joseph Henry invented that induction happens also in a single coil if the current in the coil changes. That's a special case, where the cause of the change of the magnetic flux is a growing or decreasing current.

The back EMF is a thinking model of that phenomena. Many of us who work with circuits think that there's an internal controlled voltage source in an inductor. The source voltage follows equation V=L(di/dt) where the proportionality factor L is called inductance and di/dt is the changing rate of the current. Many of us insert minus sign in front of the L(di/dt) because they have bolted themselves to think there should be some indication for the fact that the internal voltage source has the polarity which resists changes of current.

I do not need that internal voltage source to stay calm. It's enough that the voltage between the ends of an ideal inductor is L(di/dt). Resistance or other non-idealities can be modeled by inserting additional parts and another inductor which is so near that its magnetic flux substantially intersects the first inductor can be taken into the account with mutual inductance.

Your capacitor analogy is nonsese. In capacitor the electric field is between the charged plates. The field starts from +plate and ends to the -plate. The induced electric field which can be seen as voltage between the ends of a winding is circular like the wire turns - the field has no start nor end points.

Faraday said that graphical methods are best for making calculations with fields. Many others disagreed, because equations do not depend on (maybe inaccurate) drawings.

Mathematician J.C.Maxwell collected in mid 1800's all known laws of electricity to a well known group of differential equations ("Maxwell's equations") which is still the basis of practical electric engineering today. He didn't make physical experiments nor didn't talk of inductors, resistors nor other practical parts. He presented in exact form the relations between time, distance, electric and magnetic fields (=3D space vector fields), charge, and material constants conductivity, permeability and permittivity. The whole circuit theory including the back EMF in inductors can be derived from his equations.

To stay in truth Maxwell did not only collect a nice compilation of already known facts, but inserted just one his own equation, too. It was never seen before nor verified with any experiments. He (as a mathematician) only wanted to prevent all kind of wiseacres to smash his work by digging up an easy to derive math contradiction and his own equation did just that job without causing any measurable errors with any known experiments. Much later it became clear that his equation was a physical fact and at least as important for applications than the previously known ones.

2
Motor Driver keeps dying/frying driving a worm gear motor
1
Finder 40.61 relay coil current
0
Do I need a diode? How would I put one across my motor?

1
Rectifying induced current without using any semiconductors
0
What is the difference between a magnetized nail and a coil?
0
In a transformer, what is the phase difference b/w secondary induced voltage and current in secondary circuit for purely resistive load?
0
How does flux change polarity in full bridge SMPS transformer?
0
Does waveform shape affect transformer eddy current loss as frequency changes but peak voltage is fixed?
0
Field geometry of external magnetic core?
2
Current Transformer flux and back emf with only one turn
0
Induction in transformers and maintaining constant magnetic field
0
What is the difference between applied voltage and induced voltage at primary side of transformer specifically?