What happens when a resistor is in-between two parallel resistors?

I wanted to know what the rules are, if a resistor connects to parallel resistors(The R3 resistor), how the current flows, and what determines that. The question was find the total resistance of the network, and the current going through each resistor. We solved this in my class setting up system of equations, like the current going through R2 plus current going through R1 should be equal to initial current, and Kirchhoff's Voltage Law(Voltage loops). The answer we got is 10A(total current), but the teacher did not know the solution off hand. He also assumed that current would flow left to right, because the left resistor in the initial parallel had less resistance so more current. He said this would control the flow through the wire, but I thought voltage would control which way the current flows. And since they are parallel, the voltage would be the same, so no current would flow in the R3 resistor. Any explanation to the problem would be appreciated, specifically what are the rules about current through the R3 resistor? 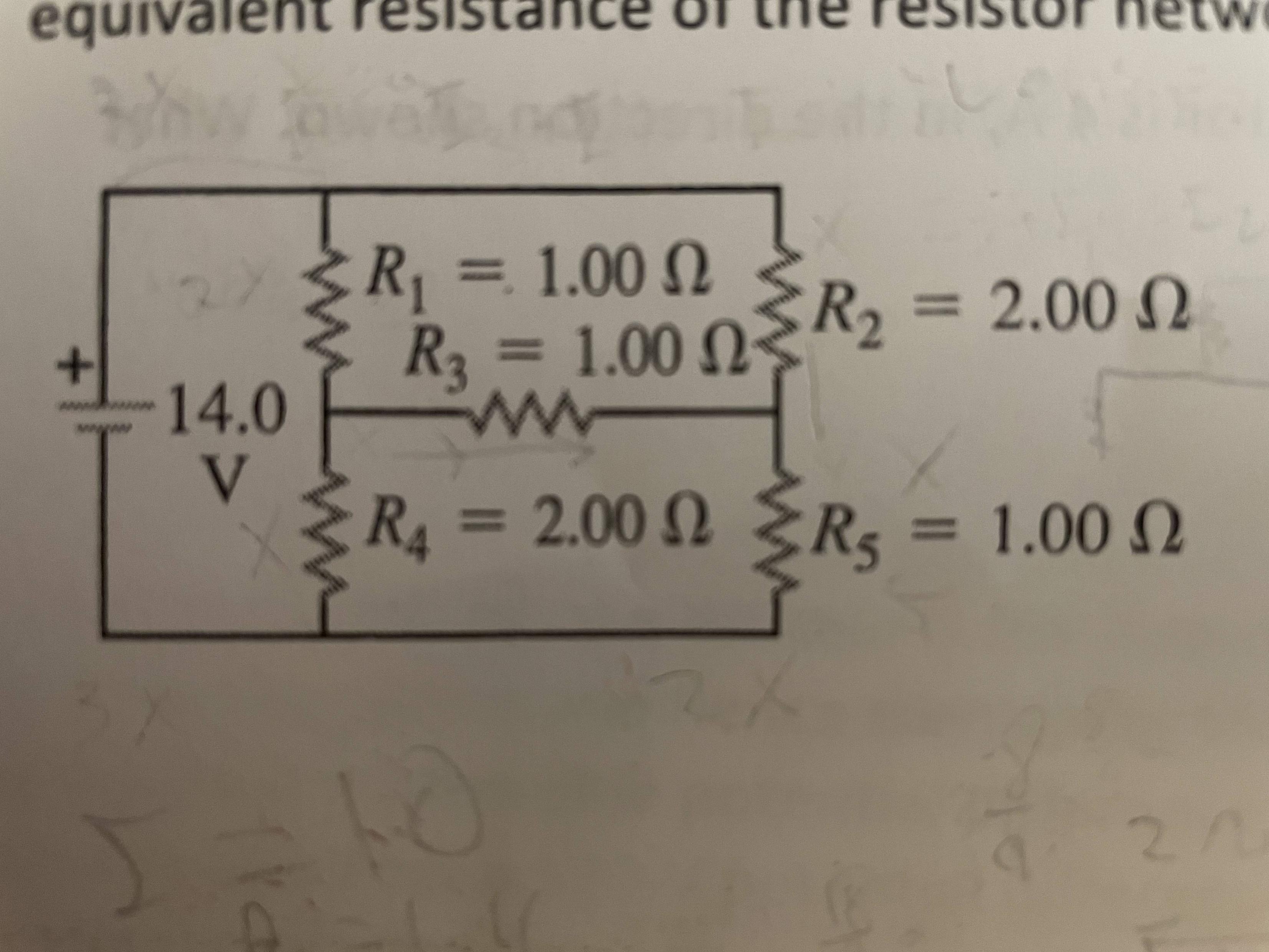 You can also solve this for the actual current by finding the Thevenin equivalent of each side and then calculating the current.

The first step in solving for current in a circuit is to set up a sign convention for currents. One does this by drawing arrows along every branch of the circuit. What the arrow means is that when you speak of a positive current through that branch, then the current is going in the direction of the arrow. It doesn't matter which way the arrows go. If you choose an arrow going "left", and the current actually flows "right", then you will just get a negative value for the current. That's all.

So, when your prof

assumed that current would flow left to right

That was fine. However, the rationale

because the left resistor in the initial parallel had less resistance so more current. He said this would control the flow through the wire,

is misleading. One doesn't need a rationale to choose a sign convention.

Now, a point of terminology. You wrote:

if a resistor connects to parallel resistors(The R3 resistor),

There are no parallel resistors in this circuit. For two resistors to be in parallel, both ends of the resistors have to be connected together. No pair of resistors in the circuit matches that criterion.

I thought voltage would control which way the current flows.

And since they are parallel, the voltage would be the same, so no current would flow in the R3 resistor.

There are a number of techniques to find the current in circuits such as the one you have. I imagine you set up a set of simultaneous linear equations using Kirchhoff's laws. An alternative, is to use series, parallel, and delta-wye transformations and iteratively simplify the circuit.

but I thought voltage would control which way the current flows.

And since they are parallel, the voltage would be the same, so no current would flow in the R3 resistor.

You can figure this out qualitatively by noting that R1 and R4 form a voltage divider, and if R3 were removed from the circuit, the voltage at that node would be \$\frac{2}{3} 14\mathrm V\$. By the same token, if R3 were removed, the voltage at the common node between R2 and R5 would be \$\frac{1}{3} 14\mathrm V\$. So when you connect R3, current must flow.

Note that if you're clever and determined, and if you understand how Thevenin equivalent circuits work, you could work this out without explicitly using KVL or KCL. It'd probably be more work in the end, and there'd either be be some intuitive hand-waving involved that wouldn't get past the sticklers, or so much work proving that you're right that it'll really be more work than just using KVL or KCL.

Not the answer you're looking for? Browse other questions tagged circuit-analysis current or ask your own question.

3
Solving a circuit with a directional loop
1
Resistors in parallel?
10
How is current split with two parallel LED's?
0
Diodes block voltage?
1
In an electrical circuit, why does the charge move after it passes through the last resistor, when it's voltage is zero?
0
What happens when we connect two identical batteries in parallel with a resistance R?
1
What happens when this integrator circuit reaches saturation?
0
Confusion in current calculation
2
Why will the current be zero between X and Y, the connecting wire between two loops, in this circuit?
21
Why would a circuit designer use parallel resistors?