DMA multiplexing on an STM32H7

I would like to achieve that with as less CPU interaction as I can so I decided to connect the adc with a dma(peripheral to memory) , and after a finished adc conversion cycle the gpio's values from another dma (memory to peripheral) as the three gpios are on the same port.I tried to do all that with a makefile project generated from the CubeMx and I tried to use the low level drivers at most parts as I have noticed that in several cases HAL was quite buggy.

The dma could not access the main ram so I had to change my linker script to allocate my dma buffers on an accessible part of the memory. So I did the following on the linker script:

And the following on my buffers:

On the current state the adcs seems to work correct but I can not make DMAMAMUX and the gpios to work.So here is a minimal example and the configurations on CubeMX : 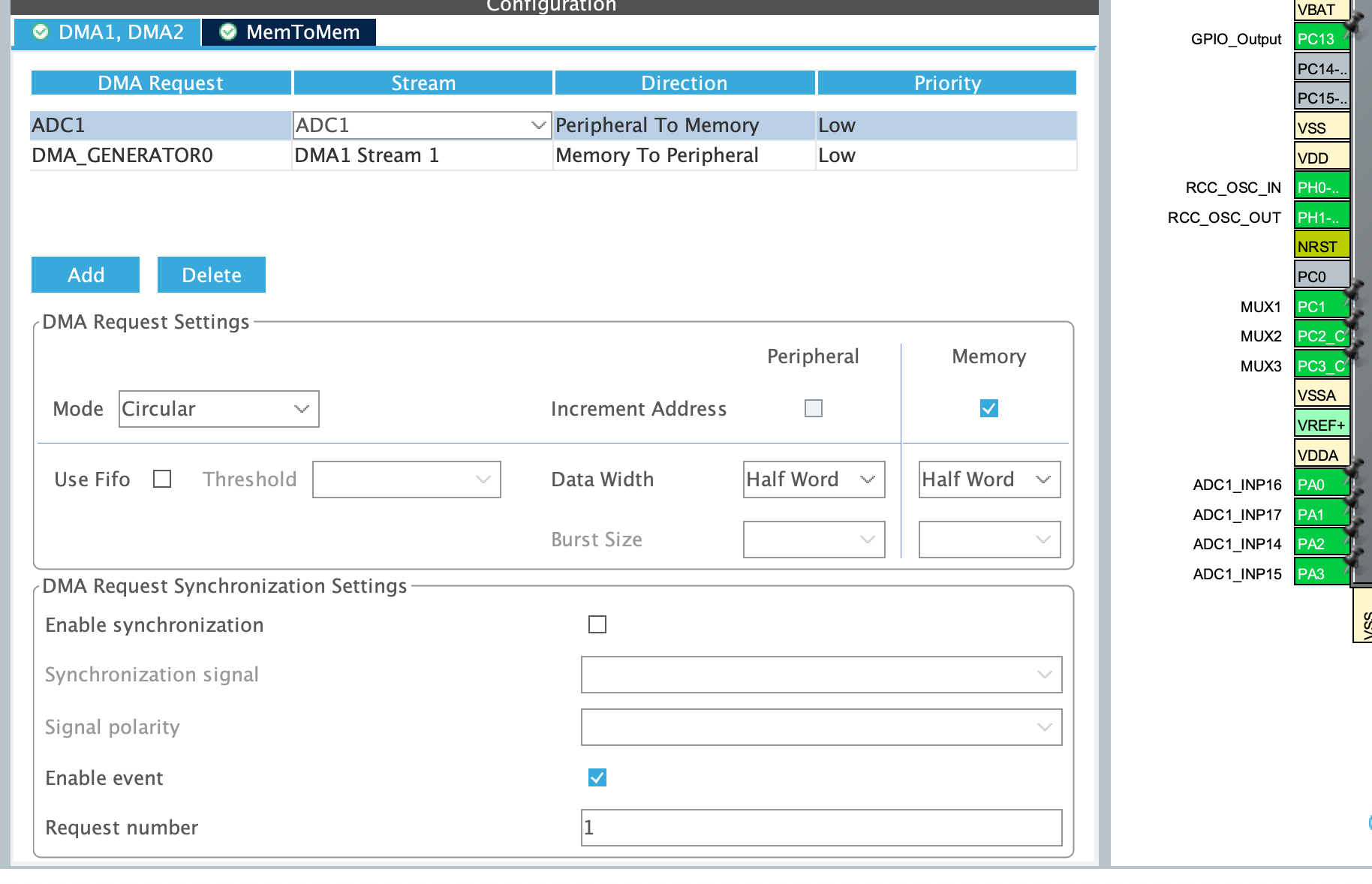 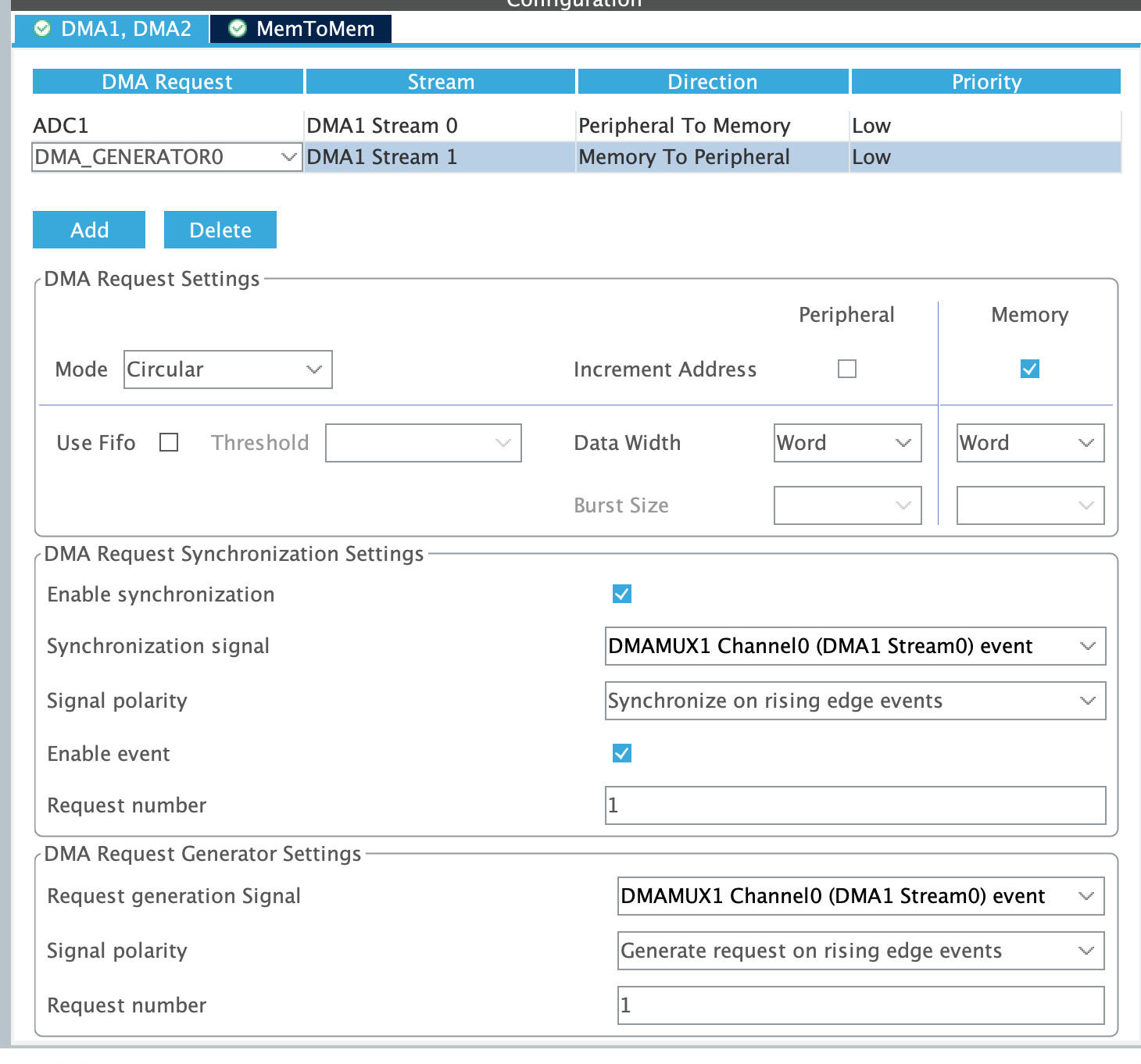 On these example I just read the 8th adc (as I initially have the gpios to 111) and the gpios doesn't seem to update,what am I missing about the dma configurations?is there a better design I could use?