Improve the response of this circuit 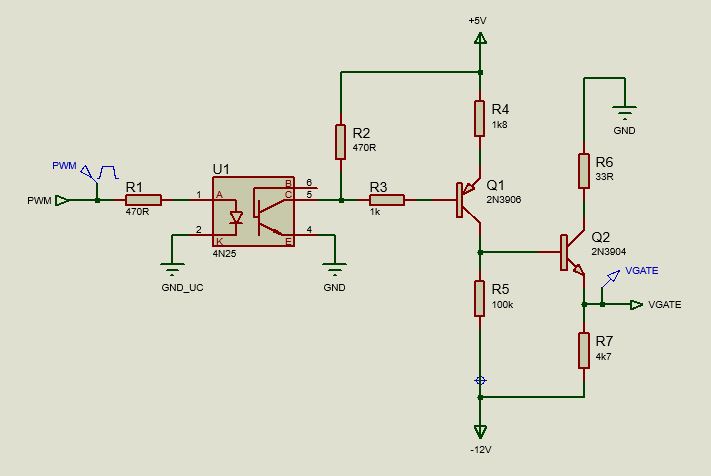 The circuit operation (actual response graph) can be seen below;

I wish to improve the circuit response hence matching the desired response graph (shown below). I also wish to stay limited to the basic components i.e., resistors, capacitors, transistors (2N3904/2N3906) and opto-couplers (4N25/4N26/4N33). I also need to keep isolation and a small duty cycle PWM input (<= 5%).

If you replace the 4N25 with a logic-output optoisolator such as the TLP2363 (there are various others, some of them with second sources) you will improve the performance. Internally, they use an IC chip with a photodiode, rather than a phototransistor.

Compare the switching time of the 4N25 with your load of a few hundred ohms (from this datasheet): 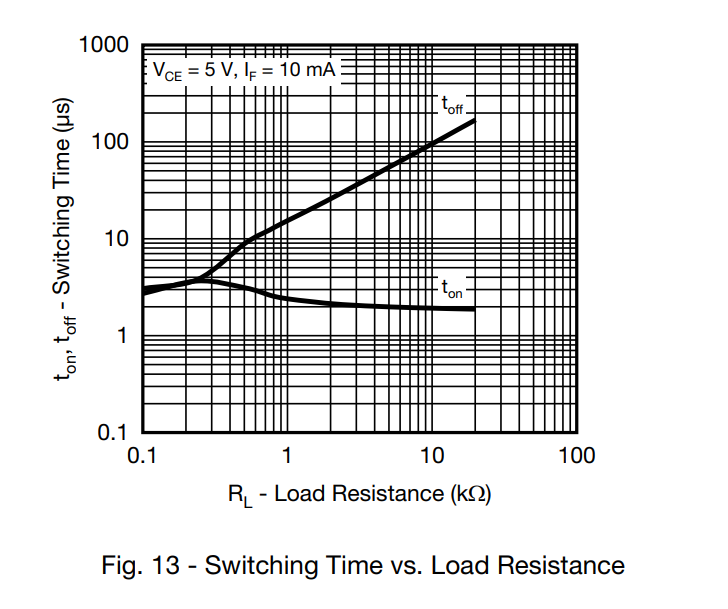 Your pulse width at 5%/10kHz is 5us, so the switching time is nowhere near fast enough to get an output pulse that resembles the input pulse.

Edit: If you don't need isolation, the opto-isolator is not doing much useful.

Also, the 33 ohm resistor dissipates more than 4W when on, which could be an issue if the resistor is not capable of that much pulsed (or in a fault state, continuous) power.

Here is a similar circuit with MOSFETs. You can add a CMOS inverter in front of the circuit if you want to retain the same logic as you have now. 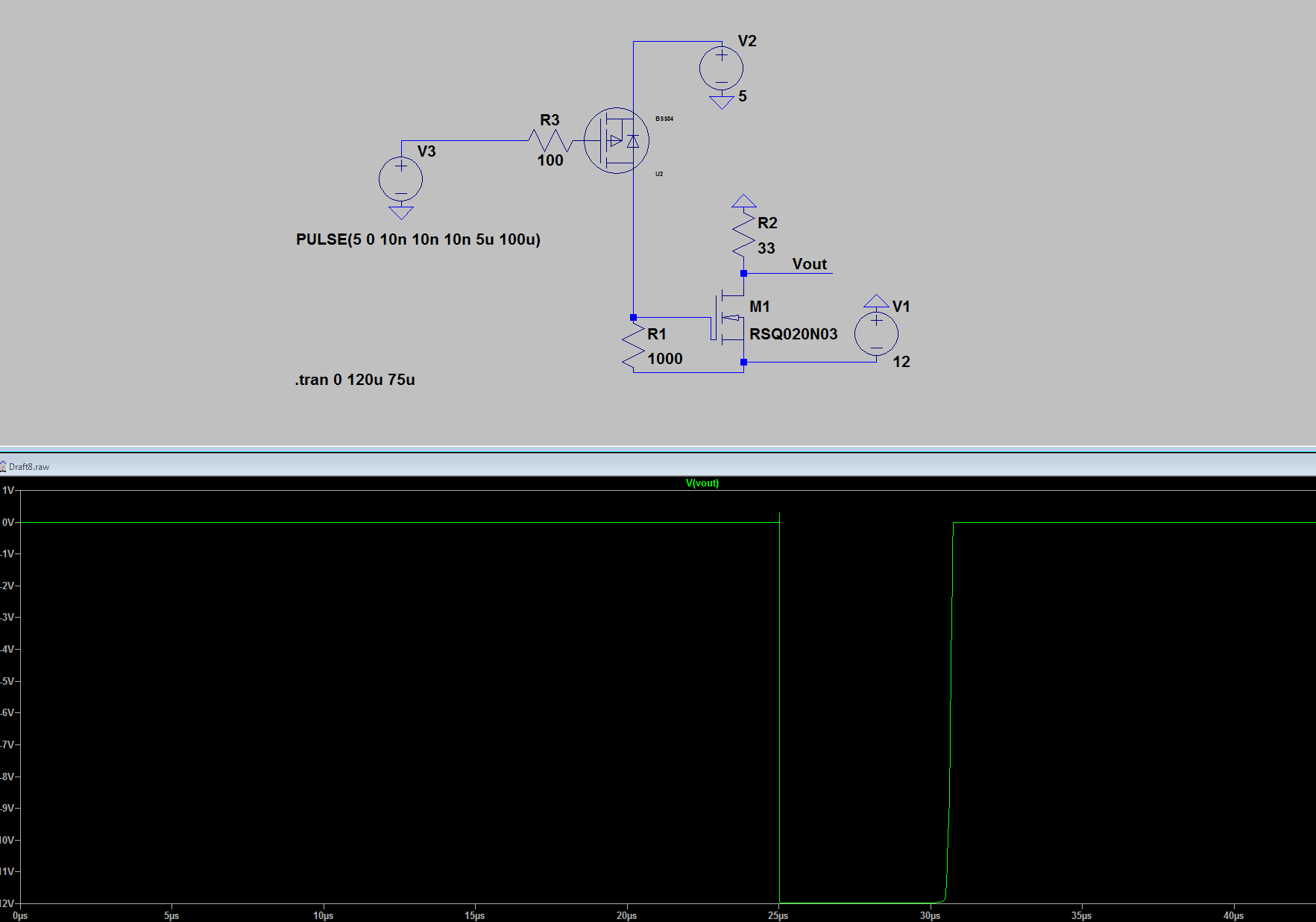 IF you simulate with the 4N25 you can achieve what you want.

When you saturate Vce the hFE drops towards 10% of a very low CTR already.

This emitter follower offers the high current gain you required. In some ways, it is overkill. 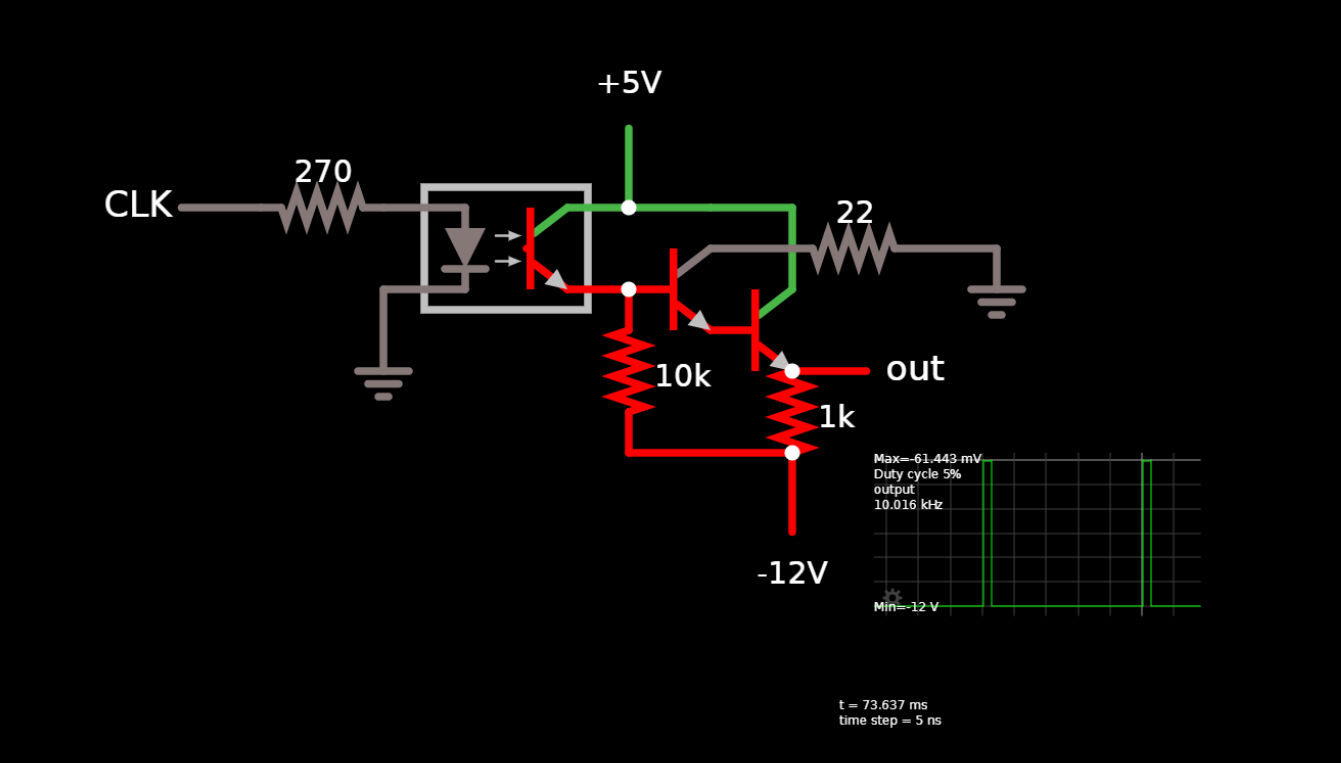 The 22R is optional and only affects the 0V output level by ~ 100mV.
The -12V level is exact as the driver cuts off with low current levels.

Not the answer you're looking for? Browse other questions tagged transistors pwm opto-isolator level-shifting negative-voltage or ask your own question.