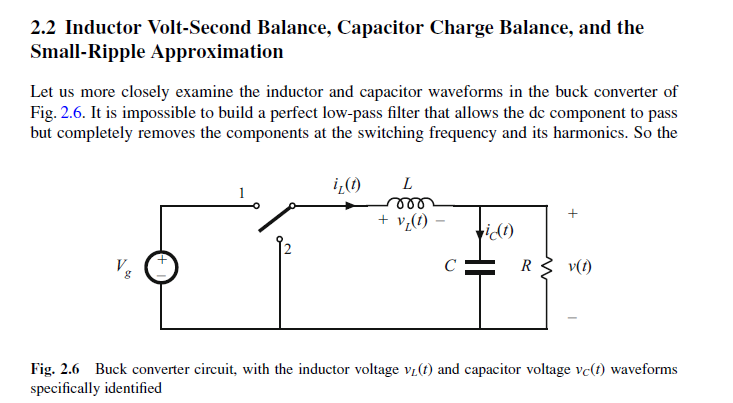 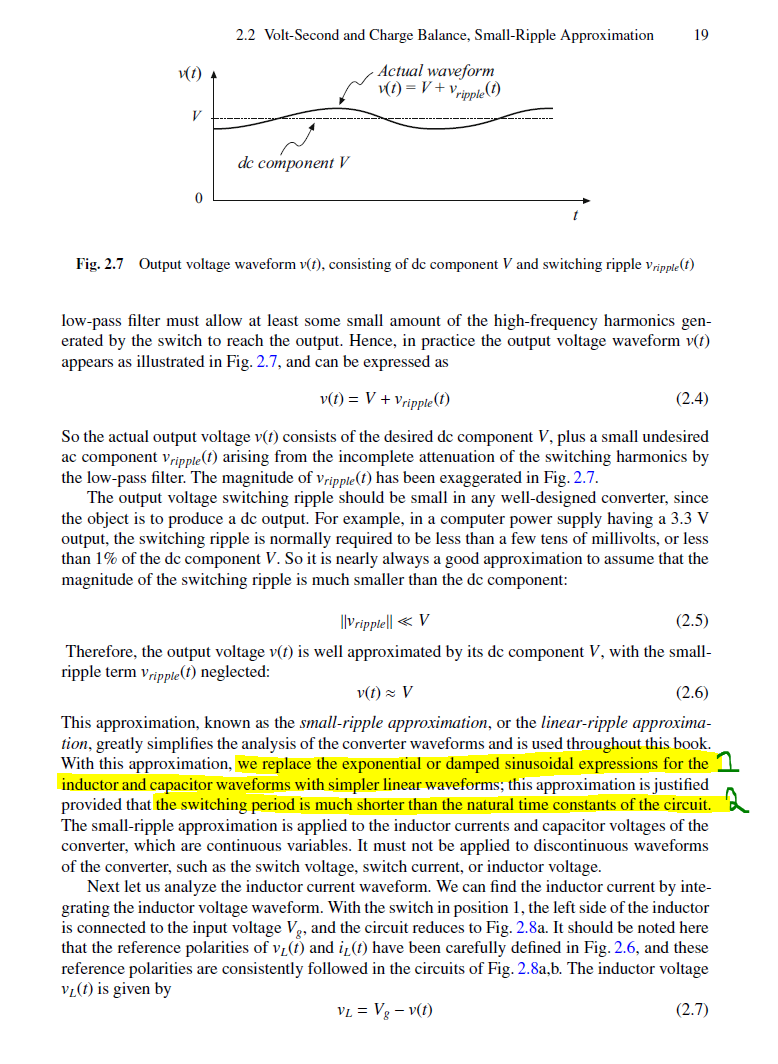 I'm having some difficulty understanding what they mean when they said they are able to replace the 'exponential or damped sinusoid waveforms' - what exponential or sinusoid waveforms are they referring to? Is it when the sinusoidal \$v_\text{ripple}(t)\$ is plugged into the derivative terms of the capacitor/inductor equations?

The document you give is an excerpt coming from Fundamentals of Power Electronics, written by famous CoPEC authors. What they mean is that depending on the time constant of the circuit under analysis, some expressions featuring exponential terms can be simplified if phenomena are observed at a time scale much smaller than the time constants.

Look at the below circuit showing an inductor fed by a voltage source. If you derive the instantaneous inductor current expression, you should find something like \$i_L(t)=\frac{V_f}{r_L}(1-e^{-\frac{t}{\tau}})\$ with \$\tau=\frac{L}{r_L}\$:

To unveil the whole response, we have open a time window from 0 to 1 ms in the above picture. Now assume that you decide to narrow down the observation and reduce the scale at a value much smaller than the 220-µs time constant. In that case, the variable \$t\$ over \$\tau\$ becomes very small and we can express the exponential term in the vicinity of zero. The time-domain expression now becomes: \$i_L(t)\approx \frac{V_f}{r_L}(1-1+t\frac{r_L}{L})=\frac{V_f}{L}t\$.

Now take the same circuit as before but rather than applying a step of a permanent 1-V forced value, replace it with a square-wave generator delivering +/- 1 V pulses at a 100-kHz frequency. In that case, the same circuit undergoes the 1-V stimulus during 5 µs (50% duty ratio) which is way smaller than the 220-µs natural time constant. 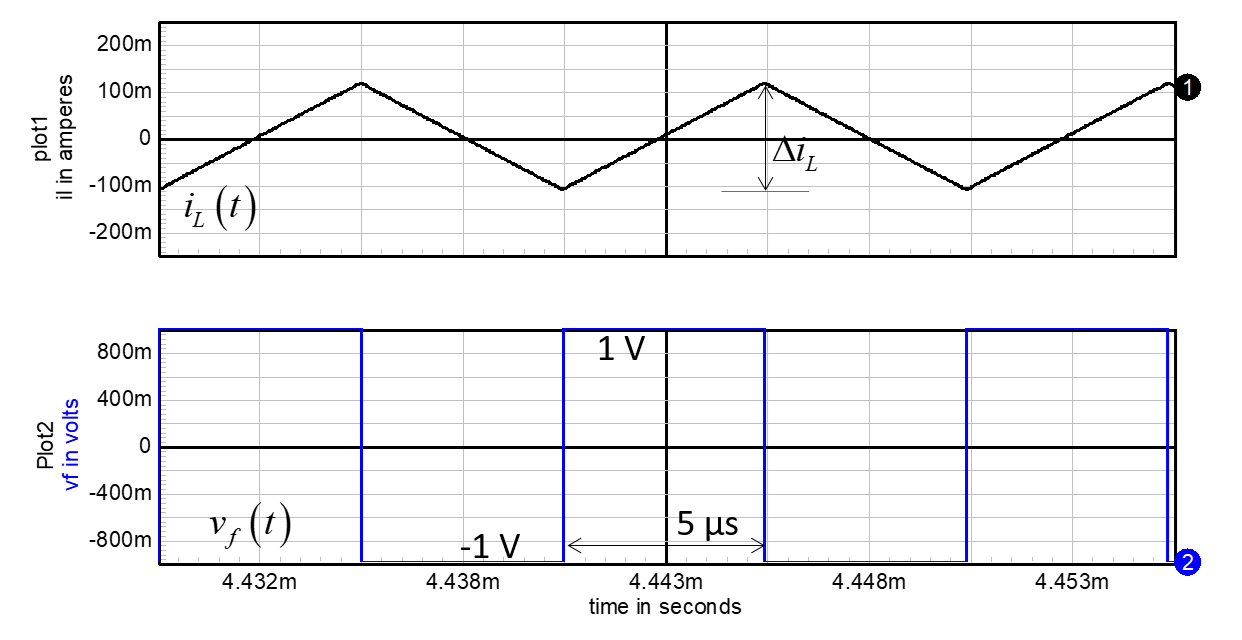 The time-domain response is no longer an exponential shape but rather a linear ramp as described by the previous expression. In steady-state operation, we can determine the ripple current in the inductor by: \$\Delta i_L\approx\frac{1}{22u}\cdot 5u=227\;\mathrm{mA}\$. I used the approximate symbol because I neglect the voltage drop across the series resistance \$r_L\$ which is always the case when determining inductive current slopes in switching converters.

To simplify the analysis, the inductor current and capacitor voltage is converted into linear approximations. As you said, there is some derivative action going on with both the capacitor and inductor elements and their differential solutions state that their charge and discharge is governed by exponential waveform.

Power series for e^x can be approximated by 1+x+... for small ranges around the operation point and that is what is happening here. In the case of the capacitor voltage in figure 2.7, instead of growing and decaying exponentially as shown, you can imagine the capacitor voltage to be increasing linearly and decreasing linearly as well. This approximation is only valid for "short" time instances and so it is important that the switching frequency is sufficiently "fast" such that the non linear characteristics do not dominate the response.

Fundamentally it means that the voltage across the inductor (=VIN-IR-VOUT, or -VOUT+IR) doesn't change significantly during that portion (HS switch on, or LS switch on) of the switching cycle. Therefore the current can be approximated by PWL segments.