What's wrong with this cable?

I have a circuit with an RTC (DS1307) and an LCD display, both connected to an I2C bus. Because the RTC requires a 5V level (the RTC breakout I use has built-in pullups) I also use a level shifter. 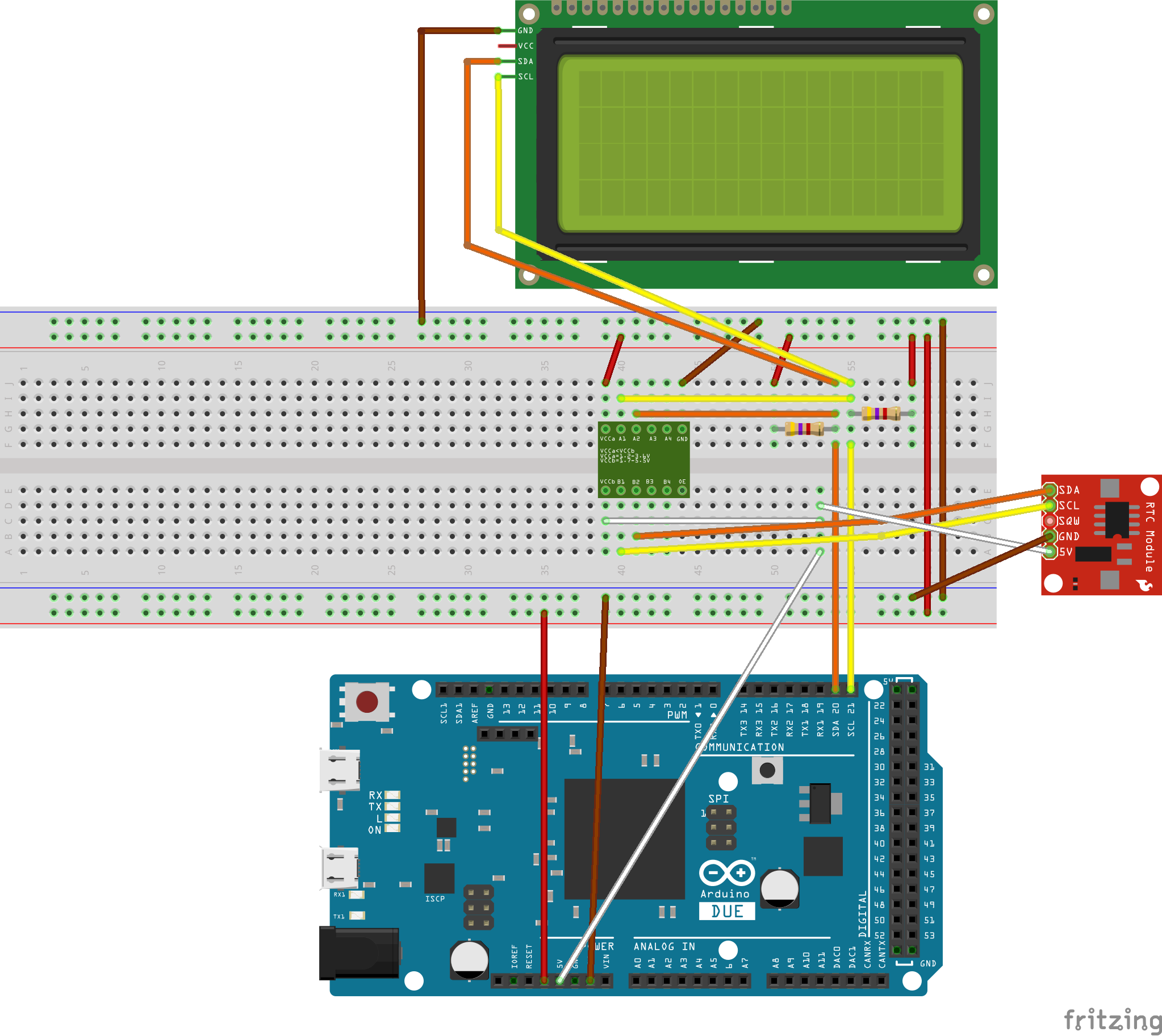 The cable that connects the RTC with the breadboard is an 8-wire flatbed cable (the other wires are currently unused), about 20cm long. With this setup, nothing works. Neither device is recognized on the I2C bus.

Now if I disconnect the SDA wire to the RTC (the orange one) and replace it with a separate wire all of a sudden, everything works as expected and both the display and the RTC work just fine. There's nothing obviously wrong with the wire (such as a shortcut).

I have tried to compare the signals I get with a scope, but don't really understand the difference. 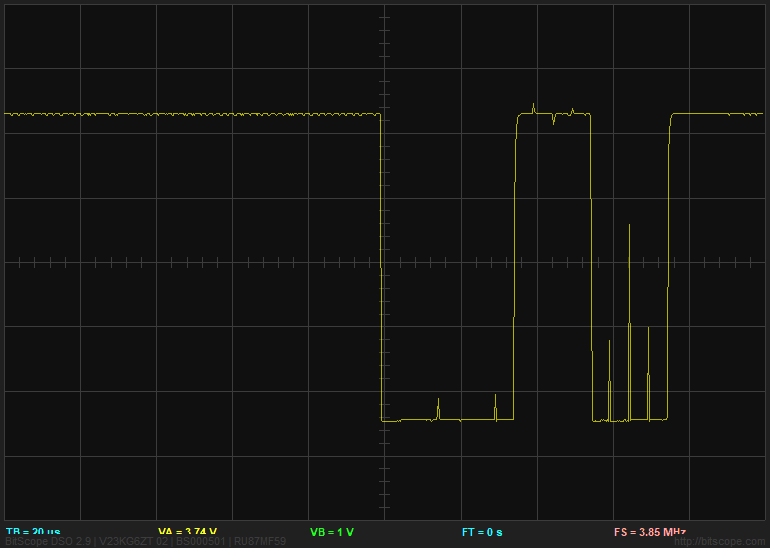 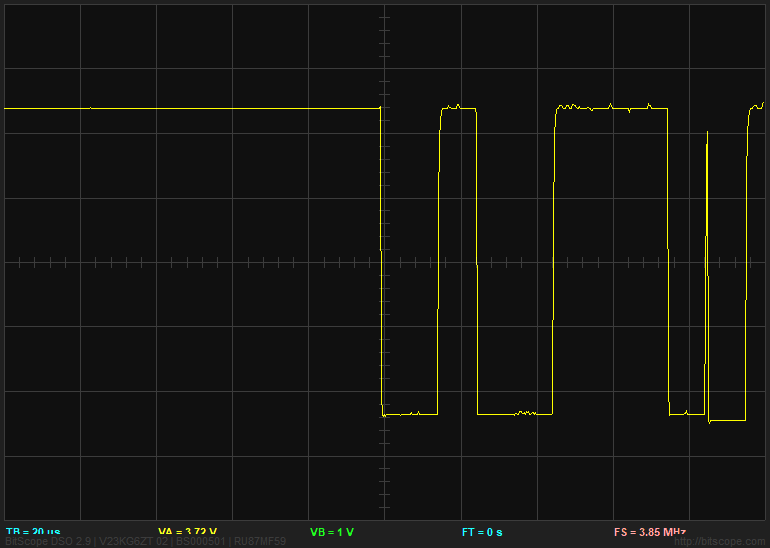 The first picture shows the scope output of the signal, measured at the RTC end, when the communication does not work, the second shows the same signal (maybe not exactly with the same data) with the separate wire. The only difference I see are those tiny peaks. But whether that's ok or not I do not know.

Is the I2C bus so sensitive to cross talk that the parallel wires cause the problem? In another project, I have a 10m I2C bus connection in a single cable, and it works fine. 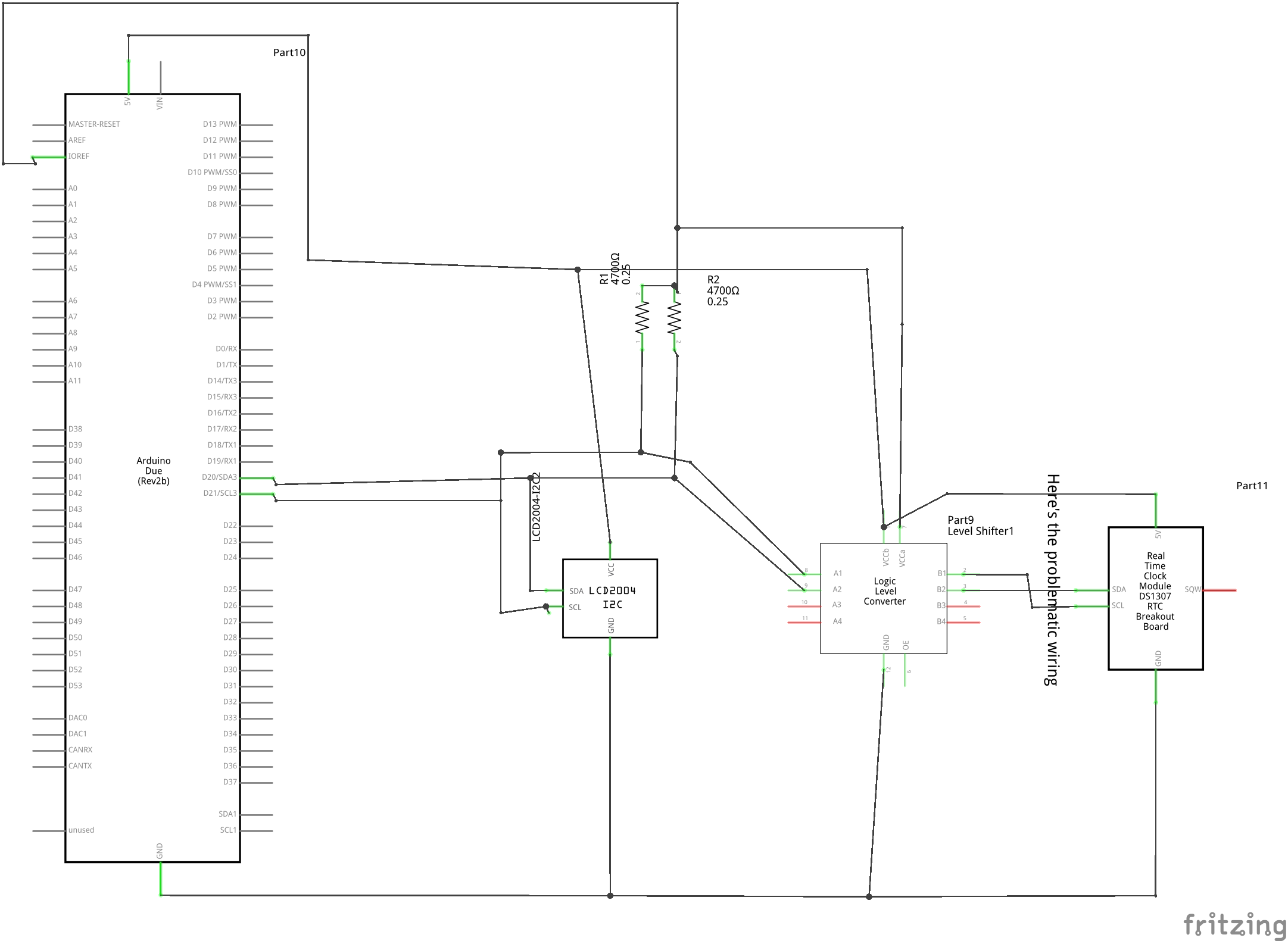 There are two problems.

The larger problem is that the level shifter is not suitable for I2C communications. It has built-in rise time acceleration. A much simpler level converter is more suitable for I2C.

The smaller problem is that the flat cable wiring has SDA and SCL next to each other, which will enable crosstalk between the wires.

The extra spikes should not be present on the SDA.

Not the answer you're looking for? Browse other questions tagged i2c wiring rtc or ask your own question.

4
DS1307 RTC Debug
2
Multiple masters for i2c device
1
I2C with DS1307 hang after end of transmission
1
Interfacing DS1307 RTC with PIC16f882
1
Can I use a Dupont cable with a resistor soldered in the middle as a pullup resistor for I2C comms?
9
I2C signal and power over long range (10meter cable)
2
i2c over 1m shielded multi-core cable with 0.5A load at the same cable is possible?