First of all I apologise if this is a silly question; I fully admit to being an enthusiastic amateur and although I've done a search for the answer already, it's possible that this is super simple and I've just missed it.

Anyway, I'm trying to mod my 3D printer with some quieter fans. As part of the process I tried to figure out what pin on each of the fan JST connectors go to ground.

I can see that that one of the connectors for each are shorted to each other, and that those same pins cause my multimeter to show continuity to other ground connections, but only for about 3-4 seconds. If I swap my mutlimeter prongs over, it will need for another 3-4 second.

The only conclusion I can come to is that they go to ground through a capacitor, but I can't figure out why that would be?

EDIT: The circuit board is the main board for a Flashforge Adventurer 3 3D printer.

Here are some pictures which should help somewhat: 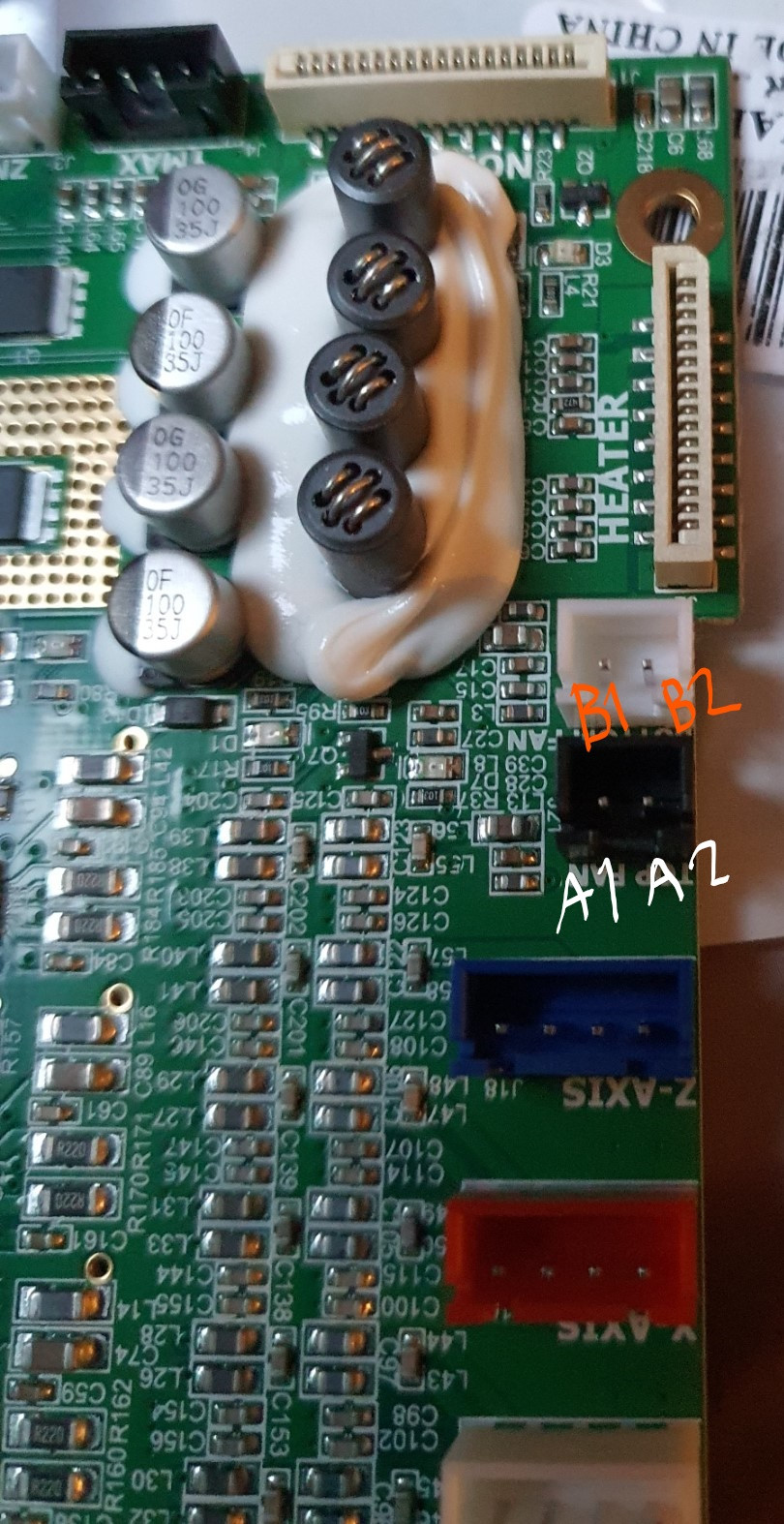 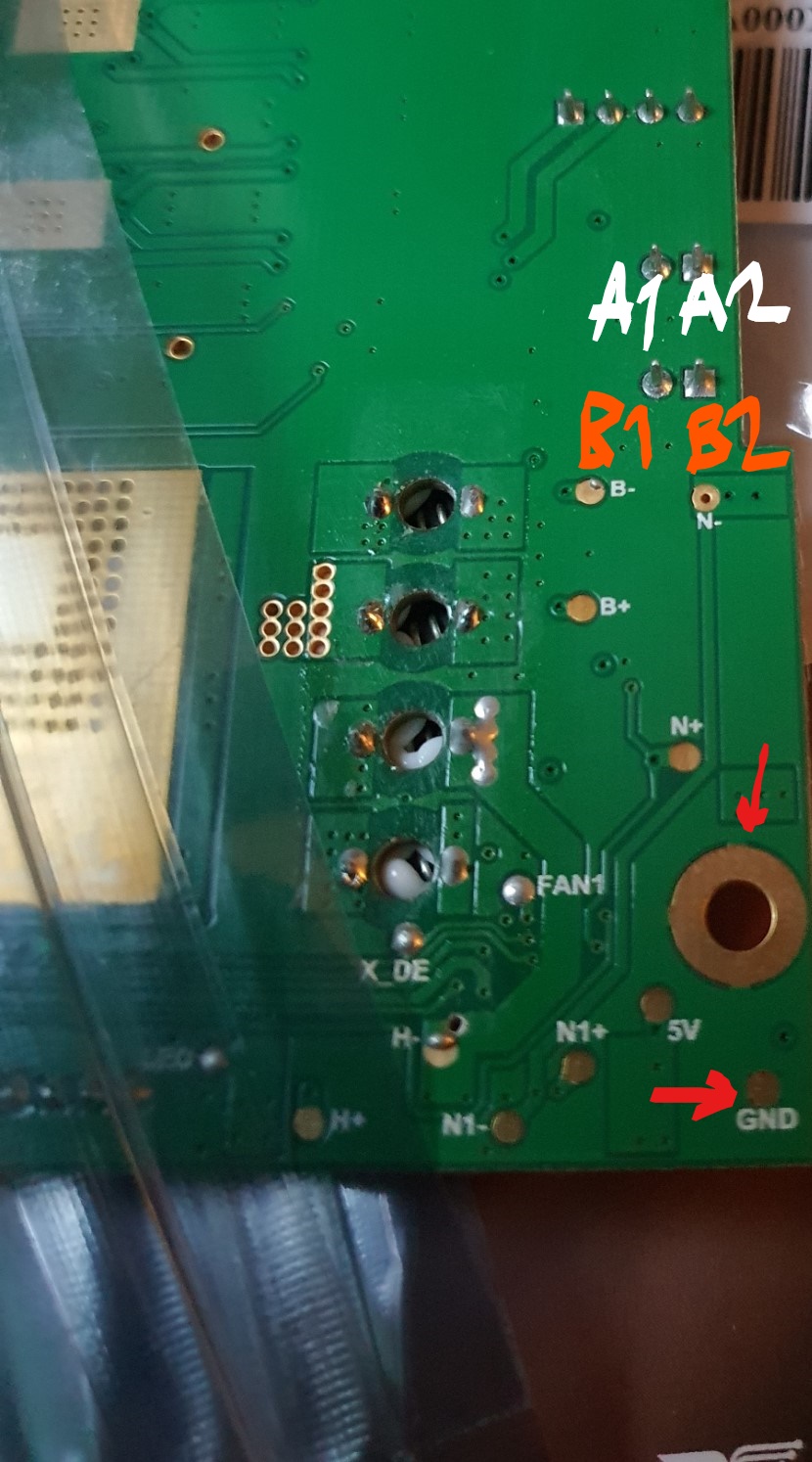 Better description of what I'm seeing:

The fan ports for fan A and fan B connect to chassis fans in the printer with fan A running all the time that the printer is on. Fan B only runs whilst printing.

I'm in the middle of creating a small, very simple board that will take the 24v, convert it into 12v, and use that to power better, noctua fans. The conversion is necessary because the 40mm fans don't seem to come in 24v. I'm more or less happy to struggle along with that aspect myself.

With the fans removed, if I stick my multimeter (I don't have an oscilloscope) across A1 and B1 I get a short, which I don't think is conclusive of them being ground, as the logic to turn them on and off could be past the load/fans?

If I use my multimeter across either A1 or B1 and one of those ground pads with the red arrows, I get a beep for about 3-4 seconds as previously described. Swap the probes, and the beep comes back again for the same amount of time.

An annoying wrinkle just discovered, is that the same pins (A1, B1) do a similar intermittent beep when checking for continuity against VCC, but for about 1 second per probe swap.

I would really like to have an understanding of what might be going on here, but more than anything, I would like to have some clue as to the best way to discern ground from these fan pins so I can wire my little board up properly!

It is as you have discovered and described. The two coresponding pins on each connector are connected together and then connected to ground through a capacitor. This accurately describes their connection to ground, but that is not all they are connected to. See the figure below. 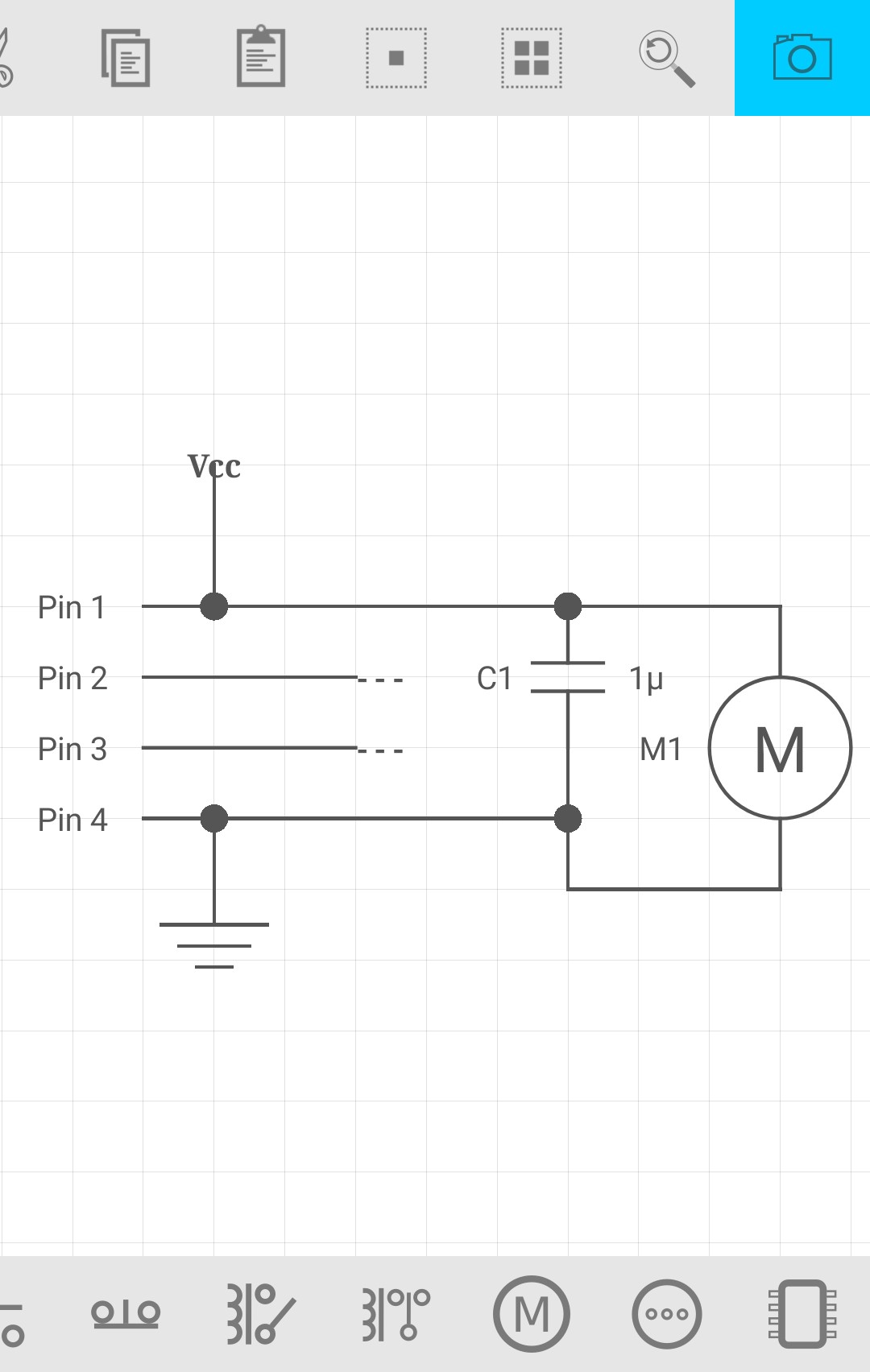 Now you can see that you are likely measuring continuity between the Vcc pins (+5V or whatever) and GND. Each connector of course shares the same source, which explains why they have continuity, and Vcc is connected to GND through what is called a bypass capacitor. This capacitor is in parallel with the load and provides instantaneous current for short but large current draw from the load (ie. on motor startup).

Assuming the fan is a brushless DC type, there is a controller chip and circuitry inside of it that will have a local bypass capacitor to stabilize their voltage.. Your meter is charging or discharging this cap when you measure ohms.

A brushed motor won’t have that. It will appear as a resistance.

Not the answer you're looking for? Browse other questions tagged capacitor grounding or ask your own question.

6
Sending ground along with digital connections between boards
2
Chassis Grounding a Bipolar Floating Power Supply
1
Mounting Hole Connected to Ground Through Capacitor
0
Charged capacitors and inrush current in an appliance
5
Why did this arduino burn out? SilentStepStick (TMC2130) stepper at 24V
0
PCB Ground Plane and Redundant Connections to Common Ground
1
Replacing a missing capacitor
0
Burned Up Trace on Input Cap
0
Bypass start button on bladeless fan to make fan start when power on