What is a Pseudo Derivative controller

Because ideal derivative operation is not causal. For example if you want to calculate the derivative of a function at point a, you actually need to use the value of that function at a very small time after a. Depicted here (taken from https://calcworkshop.com/derivatives/limit-definition-of-derivative/): 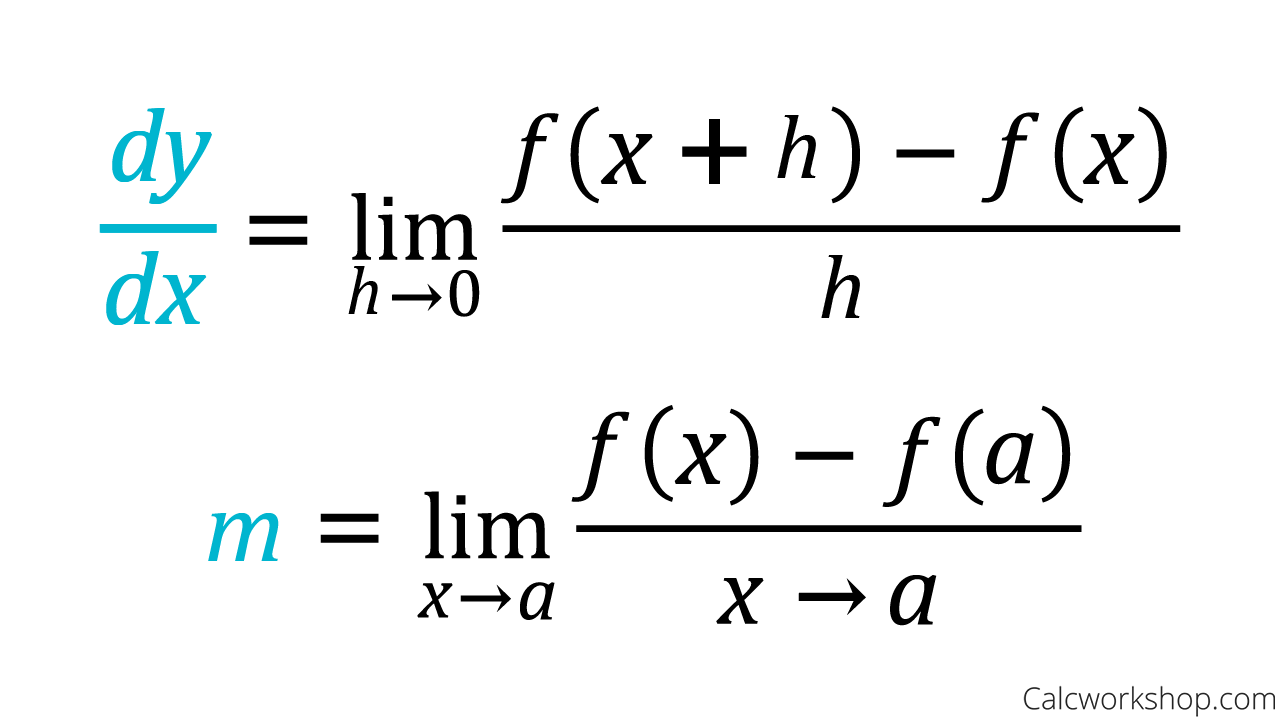 For example, this is the s-domain representation of a sample PD Controller:

One of the first things we learn while stuyding s domain representations is, the fact that in order for a system to be causal; the degree of the numerator must not be greater than the denominator's degree. As you can see, the system above is non-causal; since the numerator degree is 1, whereas the denominator 0.

What you can do in that kind of situation is to, add a low-pass filter by simply adding a pole which is located at the far left-side plane. Such as:

If you try to implement a derivative operation in a controller, you are probably going to experience some oscillations which are caused by the derivative action. When designing real-control systems I use, Backward Difference to make sure to be causal.

In the context of a controller, pseudo-derivative was a term coined by Phelan in the 1970s, e.g. Phelan 1971. He made some perhaps excessive claims about it and it was not well received.

In its simplest version, it is an alternative to PI. Two changes are made: First the zero is moved into the feedback path, which I won't discuss to keep this answer short.

Second is a loop rearrangement, which I sketched below, with P being the plant. 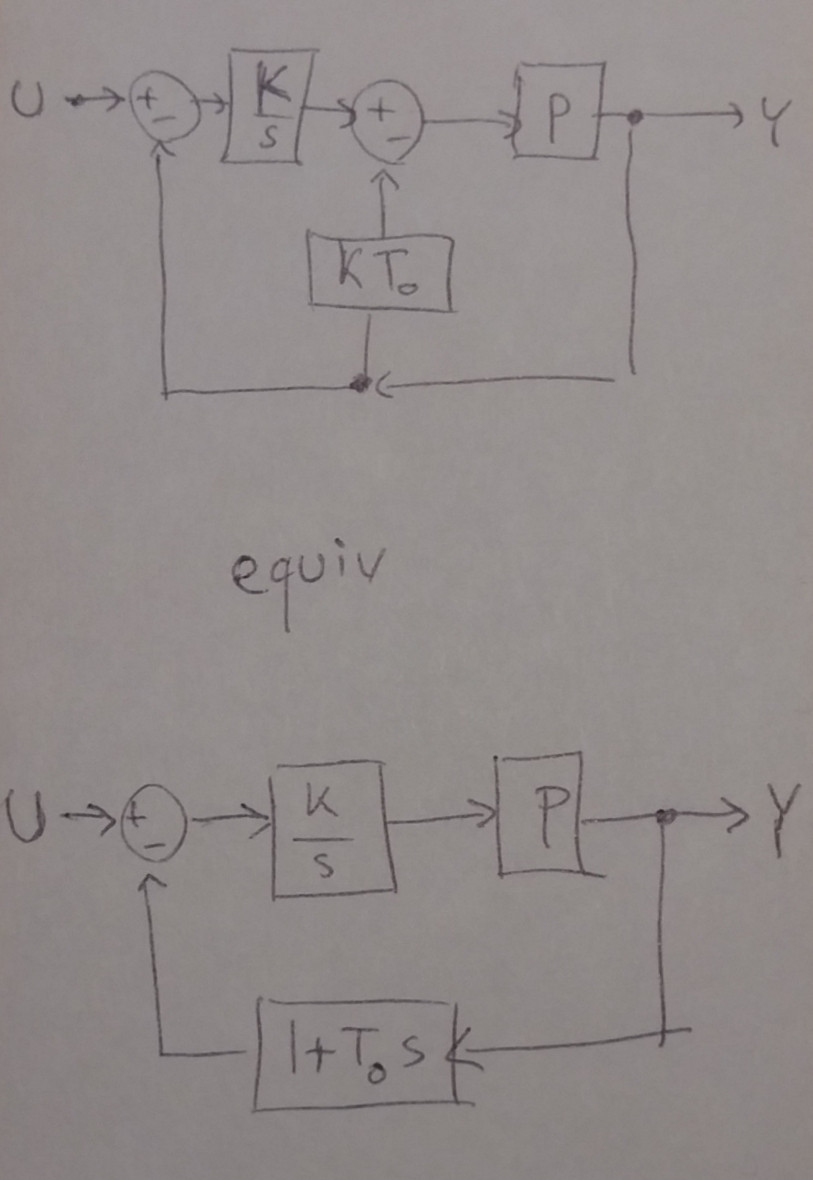 The loop on top is the final form giving the pseudo-derivative its name. Note there is no actual derivative. The loop on the bottom is the small-signal equivalent, with the derivative appearing explicitly.

The similarity to a PI controller \$\frac{K}{s}(1+{T_0}s)\$, should be visible. The loop gain, stability, and disturbance rejection are the same as the corresponding PI, but the PI has a closed-loop zero that does not appear in the corresponding PDF.

The closed-loop response of the PDF is also small-signal-equivalent to the corresponding PI, with an additional LPF \$1/(1+{T_0}s)\$ on the input.

If you look, you can also recognize this in a modern incarnation, in controllers like Messner's CPIL (Complex PI-Lead) or CPISL (Complex PI-Super-Lead), where the author refers to the same loop-rearrangement as the "parallel inner loop form".

Not the answer you're looking for? Browse other questions tagged control-system pid-controller or ask your own question.

17
How to use measured step response to tune control system
3
Simulating PID controller in Matlab
0
PID controller algorithm for sr90 digital controller
0
PID Control: Controller of the type \$\dfrac{1}{s+k}\$
3
Why isn't derivative control used without proportional or integral control?
0
Derivative and Integral Controllers' Form
2
Why use PI controller for speed, instead of full PID?