What is a "DIE" package?

In a list of ICs, along with the familiar package names such as QFN32, LQFP48, etc., I've seen a few ICs to be listed as DIE for the package size. I've never seen that description before as an IC package size, and Wikipedia does not list it either.

What can it be?

I assume it's some kind of chip-scale package, but it does not reveal the silicon size or any other properties, like number of pins, etc.

It refers to a "raw die" -- meaning the chip is not packaged. You will get a piece of exposed silicon (possibly encapsulated or partially so, but typically not).

If you are asking this question, then I'm pretty sure it is not what you want. ;-)

If you want an example...

Consider the Max3967A from Maxim Semiconductor.

If you want to buy the conventional packaged version the part number is MAX3967AETG+, but if you just want the raw microchip inside (no package) you want part number MAX3967AE/D.

In the catalog the "package" for the "/D" version will be "DIE" -- meaning no package.

From page 12 of the datasheet: 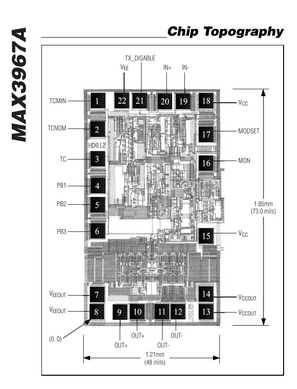 You can see they dimension the die in the drawing for you. You will need access to a wire bonding machine in order to use a raw die (among other things). 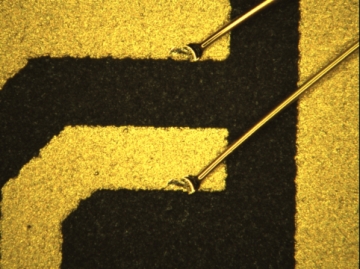 In this microscope image, you can see two wires bonded (attached) to the package in the center.

And in this photo of a thick-film hybrid circuit (taken with a little less magnification) you can see the wires bonded directly to the various die as well as the package forming the connections between the frame and the outside world: 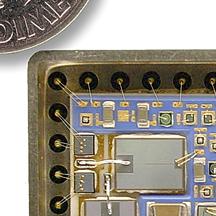 it is mostly only useful for other IC manufacturers if they want to integrate it into their ICs. So you are right, it's not what I want.

Why you can buy raw dies:

A DIE is the actual silicon chip (IC) that would normally be inside a package/chip. Their just a piece of the wafer disk, but instead of being mounted and connected in a 'chip', and covered with epoxy. You can just buy the wafer piece on it's own. This save a lot of money, but they are much harder to work with. Other than the cost, they also save a lot of space, since you don't have actual pins, etc. 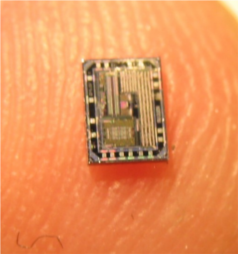 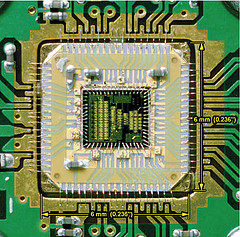 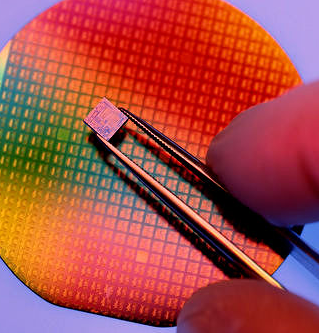 You have probably seen a circuit board for a cheap led screen and it has little black bulge... This is the kind of thing a 'DIE' package is used for. This is referred to as "Chip on Board" as shown below. The left image shows the die directly mounted on the PCB, with the bond wires connected to the copper traces. The right image shows the protective epoxy coating applied after the connections have been made.

You can see a lot more images of dies in a package on my answer to How thick (or thin) is the die/wafer inside an IC.

It would be the "Integrated Circuit Chip" in the picture below: 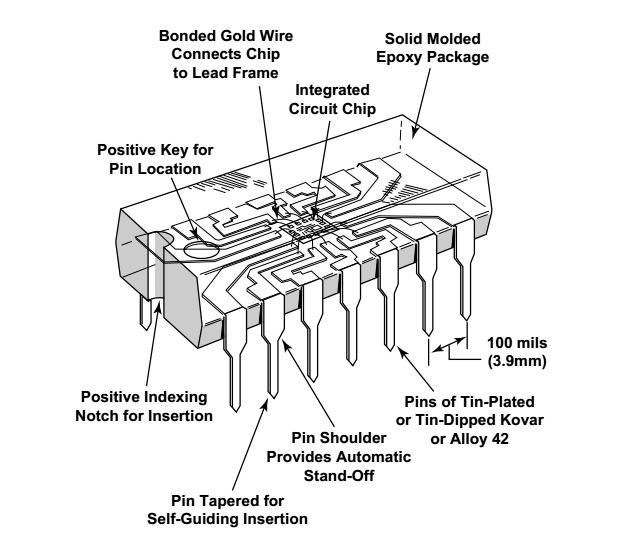 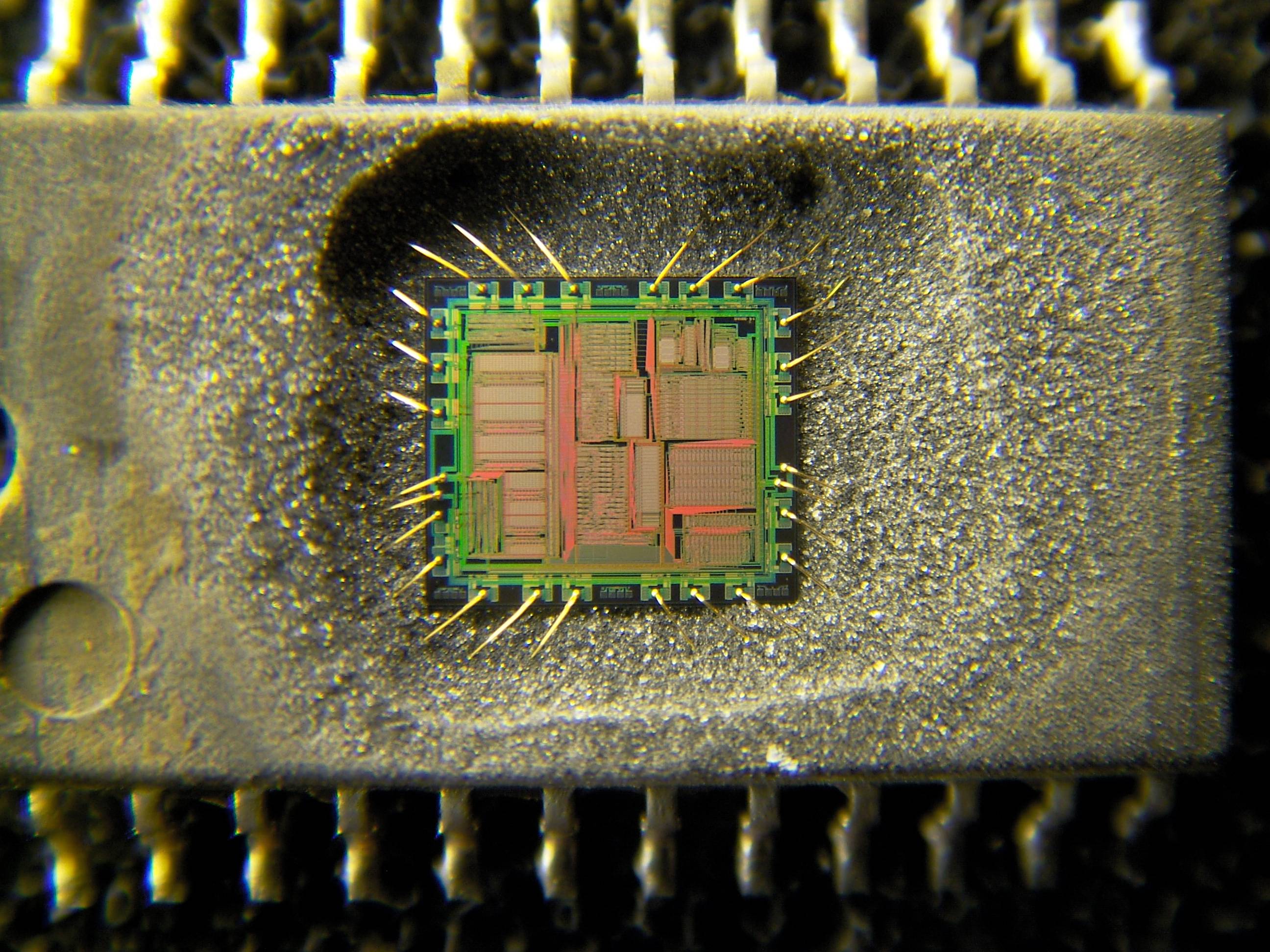 1
What does the "Dice" package look like?
12
How thick (or thin) is the die/wafer inside an IC?
2
What's the use of bonding pad assignments?
1
Beginner: What is a microchip really?

13
What is µMAX IC package?
3
Package on package and Flip chip what is the difference?
10
What is this part in 556 die
9
How does soldering affect the internal bonding between the IC die and its package?
0
How large can the working die size in a wide PDIP package be?
0
What is the type (or package) of this IC?
2
Resistive on-die termination
13
What is the minimum die area of a chip?
0
Can an integrated circuit package contain more than one die?
0
CPU die: does it have in-die wires on single side of both?