Reading this question and the linked TI's LDO document led me to a more direct comparison between the two approaches: 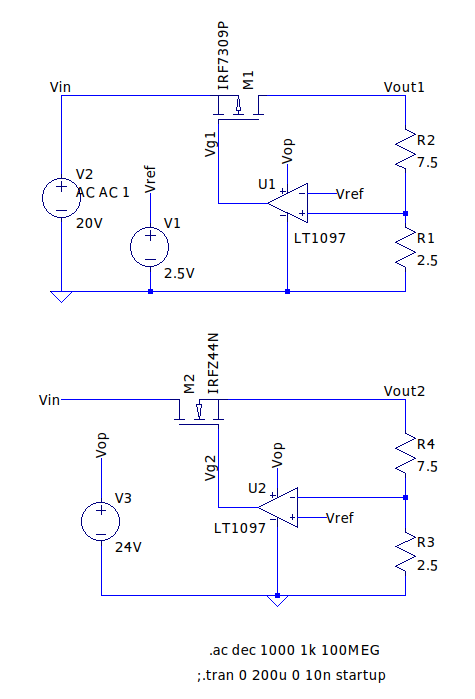 The circuit with a PMOS is a beautiful oscillator (not even considering the overshoot here): 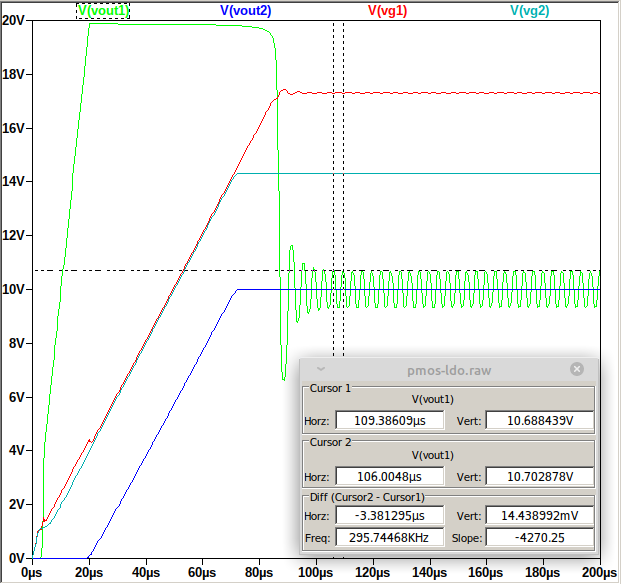 An AC analysis on the input voltage seems to show why: 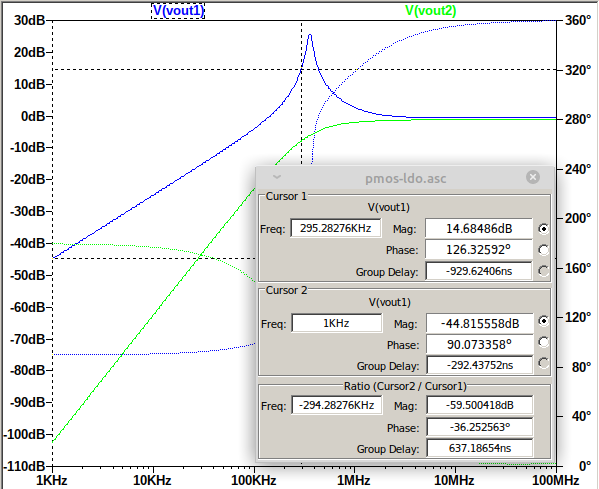 Question: is the above reasoning correct as an intuition on why the PMOS circuit requires more attention to obtain a stable behavior?

This old question provides some interesting discussion around the "positive" feedback.

the NMOS provides a direct negative feedback for load changes (VGS increases with a reduction in the load resistance), which is not present with the PMOS configuration

Not the answer you're looking for? Browse other questions tagged operational-amplifier nmos linear-regulator pmos or ask your own question.

0
NMOS and PMOS current sources
4
Phase margin analysis of a [diy] PMOS LDO [with LTspice]
1
PMOS and NMOS in cut-off
3
Driving Inductive Load with MOSFET: N-Channel vs. P-Channel
1
Simulating PMOS differential amplifier in Cadence
2
How does a PMOS LDO work?
0
Are NMOS and PMOS semantically meaning *enhancement* NMOS and PMOS?