I have made a very simple inverting opamp amplifier to convert an output of 0-3.3V from a DAC to somewhere between -10 to +10V.

My reference (REF_1.65) is 3.3V/2 made simply by a 10k/10k divider of the 3.3V supply (buffered with 100nF cap). Both are not shown here. So when going with DAC_REF from 0 to 3.3V, this voltage is going from positive to negative as expected. However the output has more ripple than expected. The output V_REF_X is used as a reference Voltage for an instrumentation amp. The point is, to roughly set the ReferenceVoltage (it does not have to be very exact) but stable, as ripple is directly added to the actual (sensor-)signal.

Sidenote: To get a better grasp on the ripple, I made an AC-amplifier by using an opamp with amplification of 18k/1k noninverting (I had some free pins and soldered a series cap to in+ and two resistors for the amplification. The scopeshots below are all made with signals amplified by this helper-amplifier, taken directly from the output). Furthermore the Volts/div are wrong by a factor 10 in the pictures, I used 1/1 probe, but had 1/10 set on the scope. So 50mV is actually 5mV.

Lets get to the Scope shots: First, TP9 (the output) has a very rippely output: 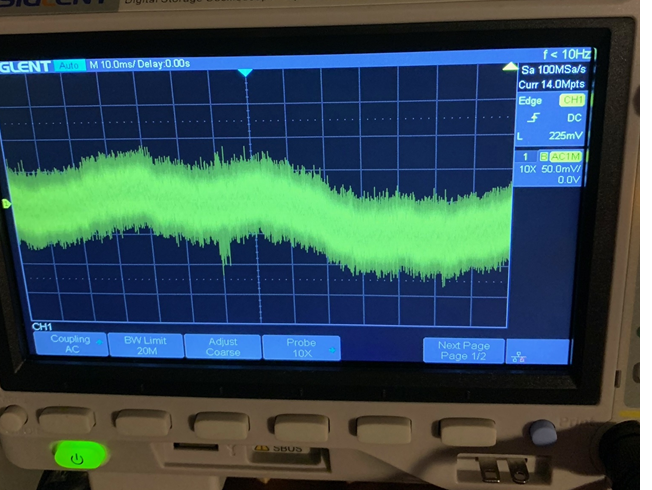 In contrast, when measuring my supply (same 18x Amplifier used) it looks quite ok: 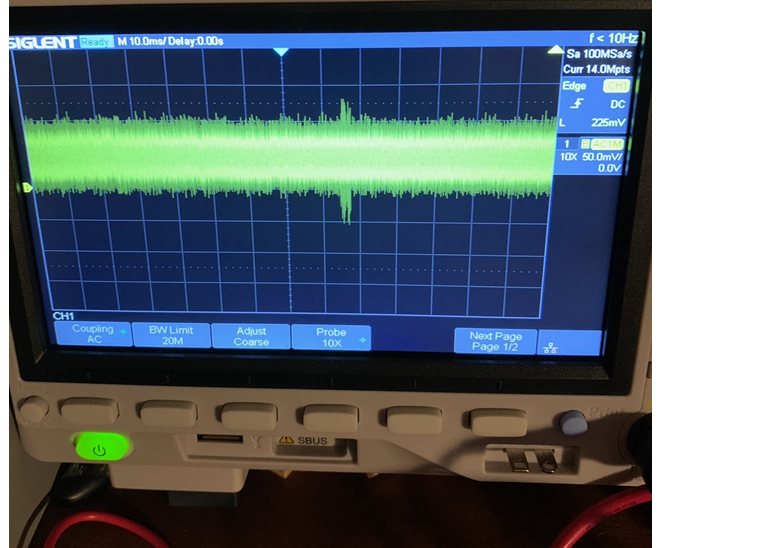 The output of the most right opamp has really much noise (pin 14). Note the 200mV instead of 50mV scale: 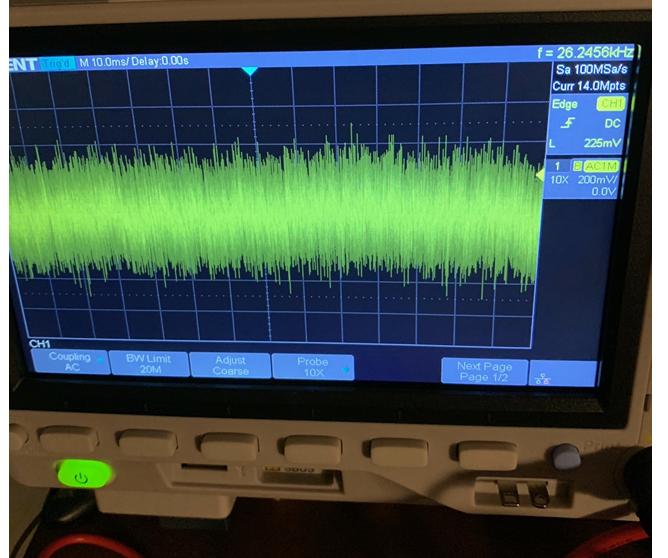 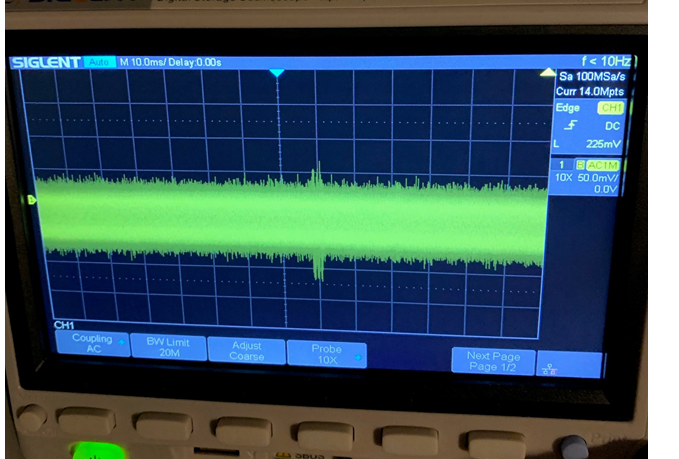 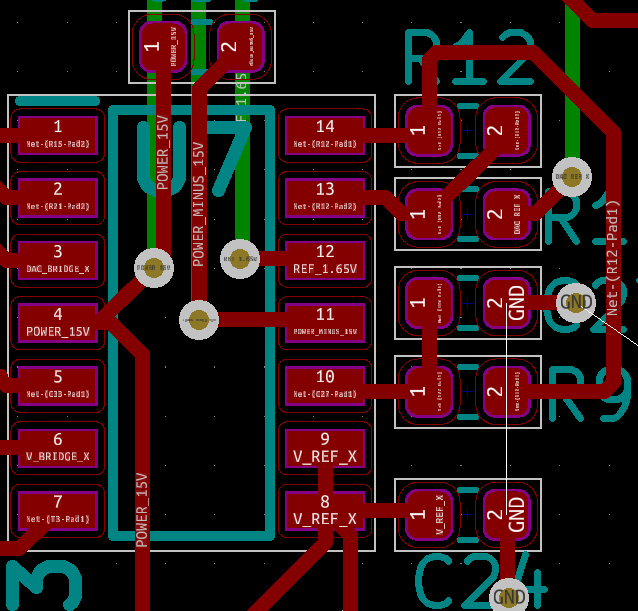 How come this simple circuit produces so much ripple. Note: I am looking at the ripple (the low frequency change of voltage), not the noise, which is ok.

(The noise is some kind of 200kHz Signal, probably from my buck converters. If you think I should investigate this, I will)

Update 1: Ok, in-between-result: the 100pF made the noise on the first opamp go away, so this is progress:) Secondly, something in my workplace seems to induce the 200kHz "noise" into my circuit (or rather the probe), and as I thoroughly twisted my supply cables, it got better. Third: I added 100pf on +15 and -15 to gnd, but the problem remains. However, after the excess noise on opamp one was gone due to the 100pF||18k, I saw the ripple (as shown in Pic 1) clearly on the output of opamp one (that would be picture 3 looking like pic 1 now). And lastly: I have three channels, and had the strange phenomenon that all three channels stopped having the ripple alltogether (although I made changes to only one channel). But it came back after a few power cycles.

Update 2: I have a capacitance multiplier for my +- Supply of the opamp. I experimented around with adding 100pF, 100nF to see if this is of any help but turns out, my supply is not the problem, however the input signal is. I just did not see it, as the opamp (right one) amplifies it so much that I can see it only after having it amplified. Furthermore, before adding 100pF||18k, I only had noise on this output, so I could not see that my signal had ripple already at the first stage. This means: 1.65V and DAC-out are the problem, which I did not suspect at first as I have a dedicated 3.3V supply with the NCP161, which should be very quiet and ripple free. See here:

The input 5V are from a SMPS but I hoped the NCP would get rid of all trobules on the input 5V.

The problem now is, that I cannot seem to get the 3.3V quiet although I added 100uF. My next guess would be some starpoint-ground problems, but I gave this extra thought when designing my board, but maybe I made a mistake here still. Thanks for everyone helping me!

You can't drive a cap directly in this way.

Add a small resistor of e.g. 33 Ohm in series after U7C

If you don't have space/footprint to do this, then replace the cap with a cap+resistor series combination.

Also you mentioned, that already the first opamp is noisy. I see you decoupled +15V to -15V.. this is not much use if your output is GND referenced. Each supply should be decoupled to GND.

It can be though that the cap makes the left opamp oscillate and this affects the right opamp as you don't have decoupling caps.

Not the answer you're looking for? Browse other questions tagged operational-amplifier noise ripple or ask your own question.