I'm trying to implement a buffer for an image processing pipeline and need to load data into BRAM.

I've been following an online tutorial (https://www.youtube.com/watch?v=n35zS__YEFQ) for implementing different parts of the system, but after synthesis and implementation, I can see that my code is using LUTRAM instead of BRAM. I have tried looking into the language templates provided by vivado for inferring single port BRAM and to me the code looks very similar, but I'm new to FPGAs and don't know much, so I'm not entirely sure how I can force BRAM to be inferred instead of LUTRAM.

here is my verilog code:

simulating the module shows that it is working correctly as expected (I need to take care of some edge cases where the read pointer goes past the end of the buffer, more on that later).

my test bench code is:

and the output of the simulation is: 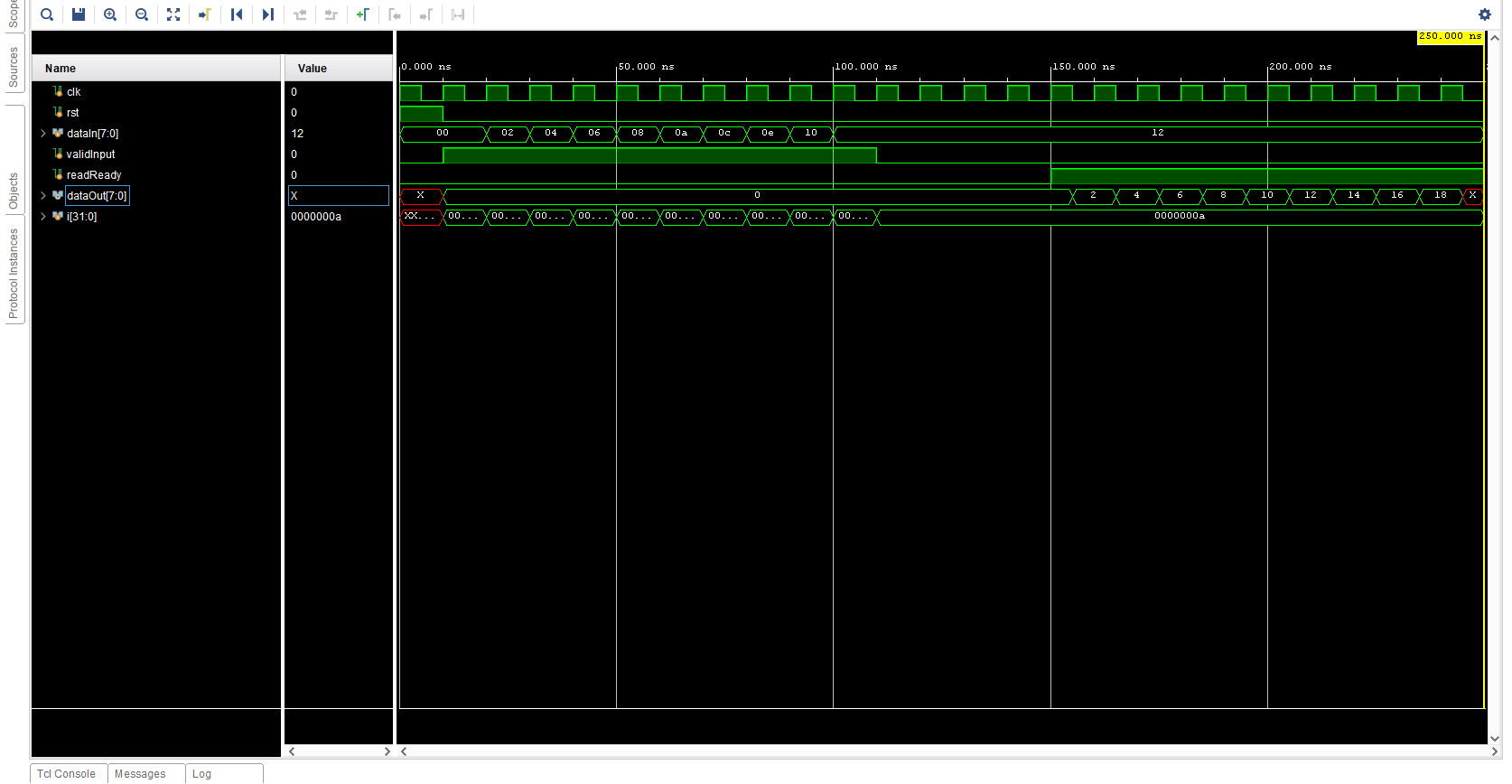 but opening project summary or the elaborated design shows the incorrect use of LUTRAM: 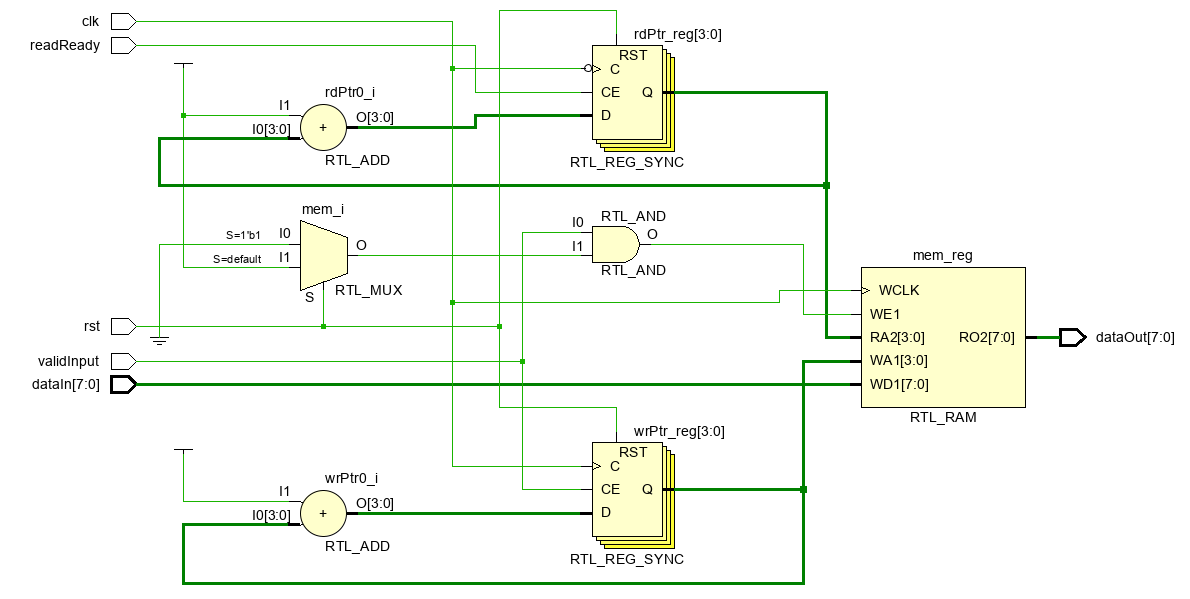 I emphasize again that I'm a total beginner and just started using FPGAs; After searching a bit on xilinx's guides, I still can't find any way of specifying the type of RAM, only that it can be inferred when using a very specific syntax, which seems odd and I haven't managed to make it work.

My main questions are:

If you only need a small buffer (<16 data entries), there's absolutely no reason to prefer BRAM over LUTRAM.

BRAMs are located in specific areas of the chip, which may mean that relatively long paths are required to get to them from your other logic. LUTRAM can always be located close to the logic that uses it.

On the other hand, larger buffers (>64 data entries) will almost always infer BRAM instead of LUTRAM. There are also synthesis directives that can force the choice one way or the other. See the documentation for the tools you're using.

And yes, FIFOs are much more commonly used in video processing. I have written generic modules for both single-clock (synchronous) and dual-clock (asynchronous) FIFOs that I use all of the time in my video pipeline designs. I allow the synthesis tools to infer the appropriate type of RAM for the specified FIFO size. If you need the absolute maximum performance, use the vendor's IP generator, which will take full advantage of any specialized support logic that is on the chip.

Not the answer you're looking for? Browse other questions tagged fpga verilog ram fifo bram or ask your own question.

1
Having trouble implementing a 1Hz blinking light on a Spartan 6 FPGA
0
FIFO for spartan 3AN : no storage on board but ok in simulation
4
What is the purpose of this Verilog code for implementing 3-port Block RAM?
0
Error with reference to scalar wire 'reset' is not a legal reg or variable lvalue
0
Trouble with double-buffer structure — MachXO2 using FIFO_DC from IPExpress
0
Question about IDELAYE3 of Xilinx FPGA
0
Pipelined Feedback Summation on FPGA, Verilog