Disadvantages of routing inductor in Buck Converter on opposite layer?

I am routing a TPS562202S buck regulator, using a 4.7 uH inductor. Due to space and assembly constraints, I cannot place the inductor on the same layer as the regulator. The regulator will be on the top layer, while the inductor will be in the bottom layer. Do you see any disadvantages to this approach? I am attaching a figure of the current layout, where L1 is the inductor, U8 is the buck converter. VEXT is the input power, which passes through a reverse-polarity protection diode and a PTC fuse (D7 and F2, respectively). The 4 vias (marked with green arrow) connecting the regulator to the inductor have 16 mil holes. C15-17 are bypass caps on the input. 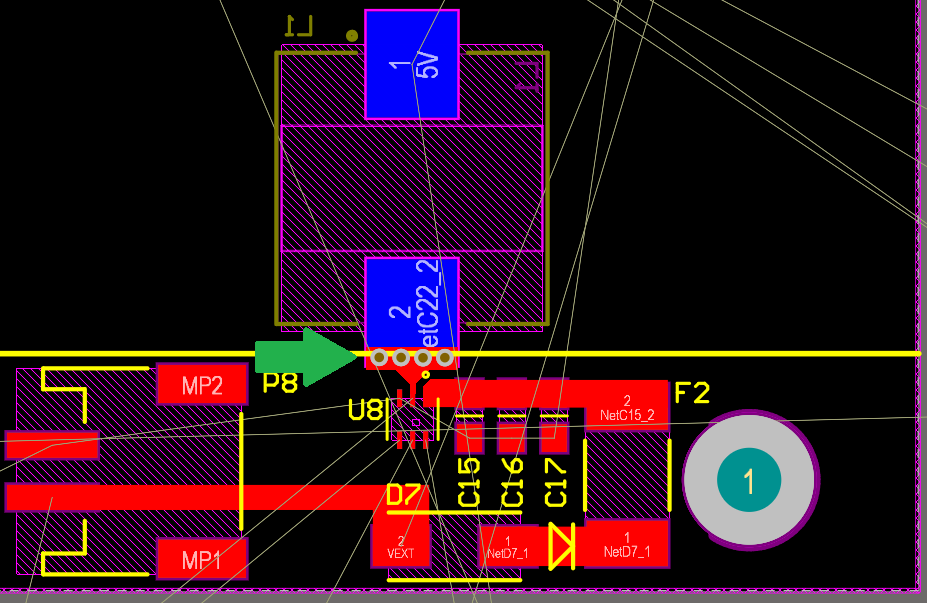 UPDATE: This is how it would look in 3D from the top. 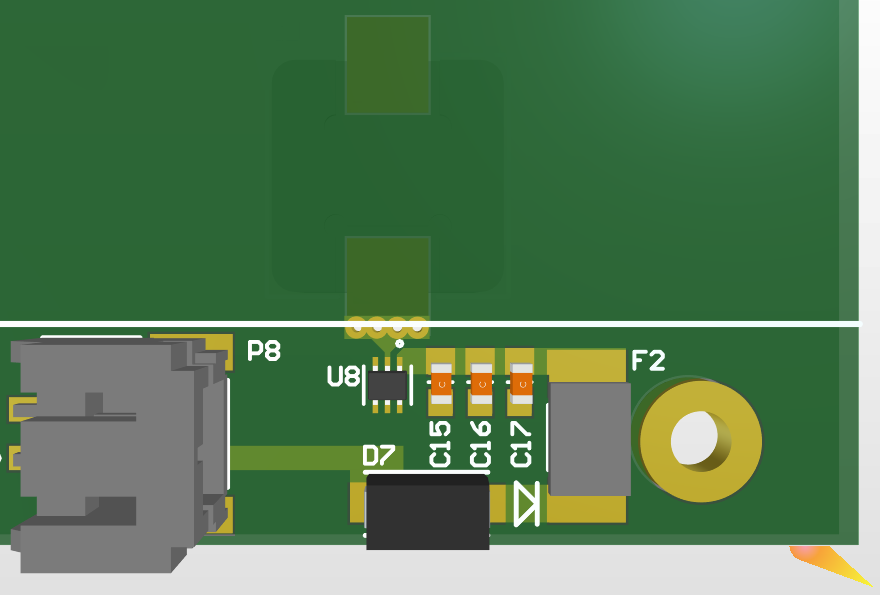 Browse other questions tagged inductor buck layout or ask your own question.