Capacitor discharge from one pin. Is it possible?

According to circuitry rules nothing should happen when we connect the probe in following schematic but it doesn't make sense for me. The capacitor must be discharged. What's the reality? 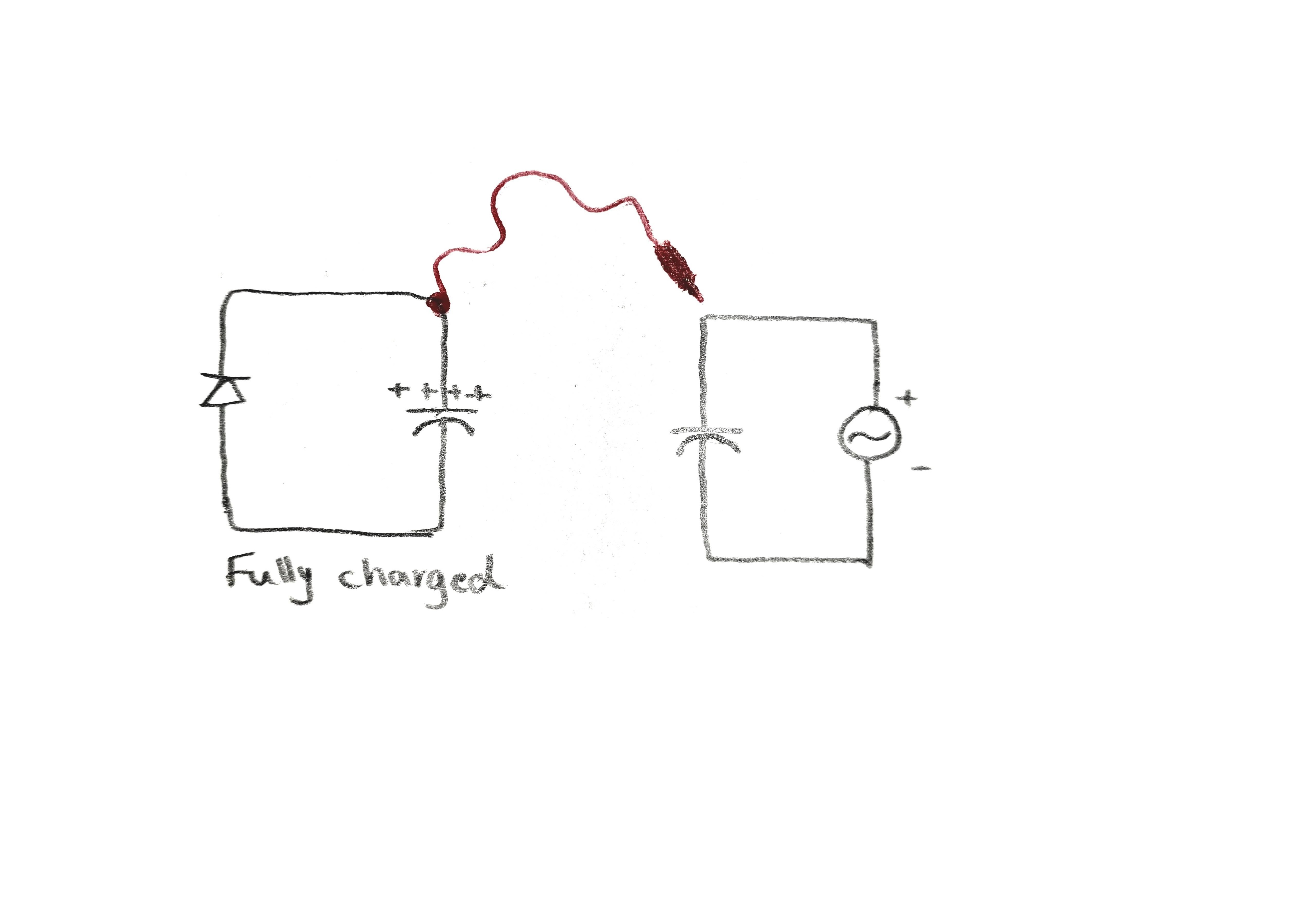 This is no loop current path on your schematic to reflect reality. In fact there are more including parasitic Inductance and leakage resistance and parasitic capacitance parts and possibly non-linear resistances like an SCR on your fingertip if you were touching the -ve of both caps.

For example, There is a smaller parallel leakage resistance across the capacitor, than air on the left side, so it will begin to self discharge before you have time to perform this test. (Unless C is very large or even larger like 10kF in a Li Ion battery)

Consider the cap model with both series Rs and parallel Rp in future and air RC depends on humidity and conductor area and gap greatly as does your finger tip before ESD and during discharge with the HBM using the Rs during discharge unlike what you measure with a DMM. In the latter case the dielectric breakdown effect has a tunnelling effect with an abrupt negative incremental resistance which in theory can make it conduct in picoseconds but this is really hard to measure if your smallest fingertip is only 10pF charged to some kV with a moist conduction arc in Ohms dependent on the surface area of conduction. That decay time constant translates into ESR*C =T in ps. But I digress for your learning experience. Tunneling is like an SCR’s negative incremental resistance but typically with very small capacitance in semiconductor tunnel diodes and your fingertips alike during an arc. The details about air ionization is that it often takes a microsecond to achieve ionization before breakdown and then may conduct in nanosecond decay times or less.

It takes time to model the world as EE’s see it with time, testing and experience, but it can be done with 3 simple passive parts RLC even if they are non-linear like diodes or even negative during an arc but in series with bulk electrode Rs.

You’ll figure it out, eventually. The learning curve is like an RC charge time, but often has to be refreshed but there must be a loop for wisdom to be transferred.

When modeling things like this, you're right, nothing happens.

But that's not a useful model for static discharge:

The reality looks like the schematic below. Air has a really large amount of resistance, so there will still be a small amount of current (for 120V it would be in the nA range or less). There is also a small amount of capacitive coupling in the pf to fF range depending on what the wires look like. Either way the current transfer will be really small and non-detectable for most measurement methods the timeconstant will be very long and much longer through the air than the internal parallel resistance of the capacitor.

I've done this experiment with an electrometer which had an impedance in the gigaohm range, the timeconstant for a 1uf cap was longer than a half hour for DC 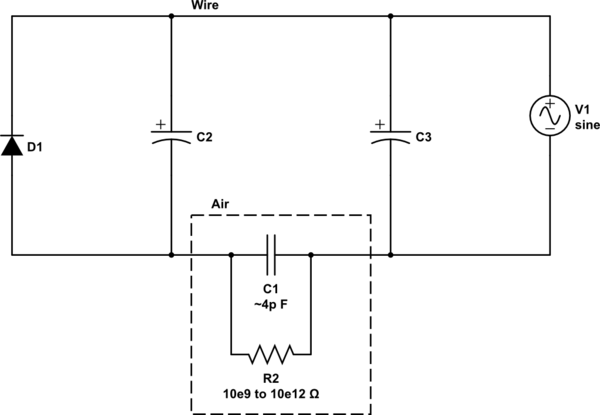 Not the answer you're looking for? Browse other questions tagged capacitor discharge or ask your own question.