I'm designing a 4 layer PCB (Signal-GND-PWR-Signal) that has power input and motor connectors placed as seen in the picture. In order to avoid thick traces I traced a power path around the PCB composed of thinner tracks like in the picture on every layer and stitched them with vias. 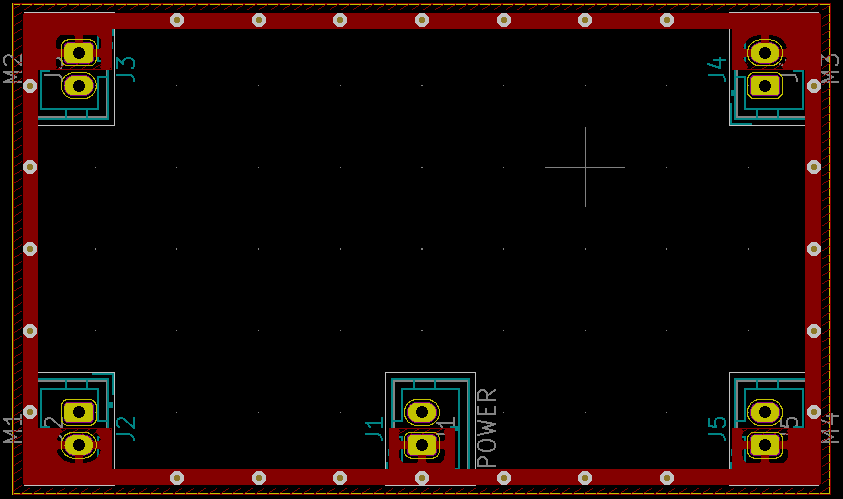 My question is, would such design raise any EMI/SI issues? I'm concerned because it resembles a faraday cage except not wired to ground so I wonder if it would increase EMI rather than reducing it. I also would like to ask if the design would be better without the vias.

You have made a nice loop antenna, whether it becomes a problem will be determined by the currents on the antenna. Because the currents will enter at one connector and go both ways around to the 'exit connector' it may not be a problem. The vias probably don't make a much of a difference.

Based on this video, yes it will create a EMI issue, since there is not GND under (or over) the VCC/power traces.

This will cause the return currents (if the VCC/power has ripple and its not pure DC) to "go around" to connect with the GND, like this: 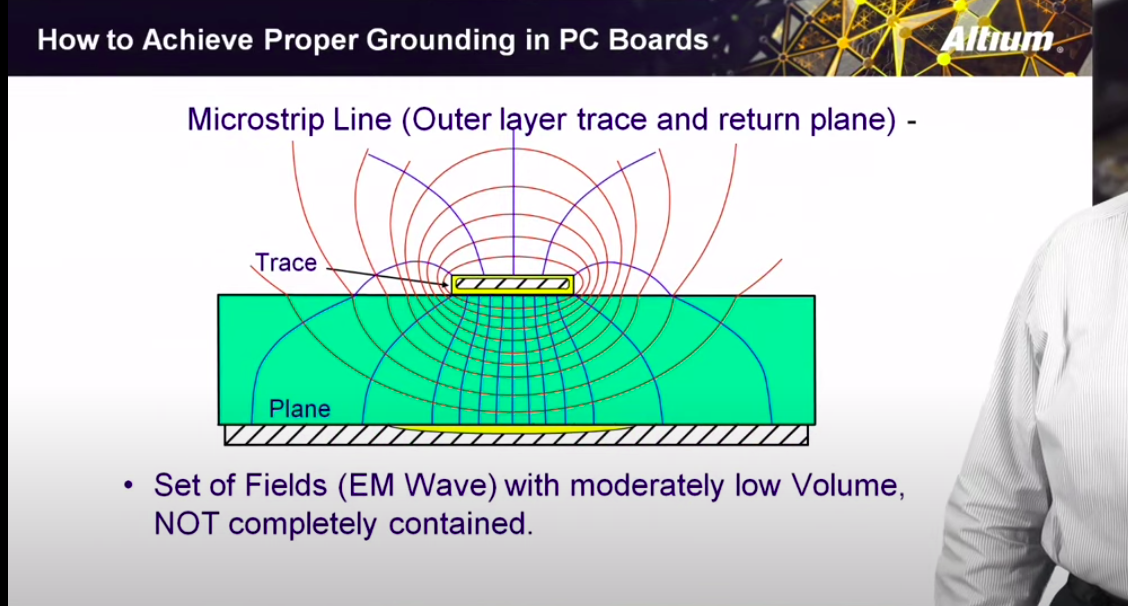 The more you put GND under your traces and Power lines, the better the EMI.

Not the answer you're looking for? Browse other questions tagged pcb pcb-design emc signal-integrity or ask your own question.

7
Returning Currents for two side boards and returning current questions
2
ground plane on 2 layer board with wifi module
0
Trace vs Plane on Multi-Layer Board
1
Via Stitching on 2 Layer PCB when top layer is not fully ground pour
10
Ethernet RMII on two layer PCB
0
Ground vias use on no-trace areas at a 4-layer PCB
2
Basics of board level shielding and grounding
2
4-Layer Stackup PCB design
0
4 layer stackup, inner layers GND & PWR
0
Placement of components on PCB