Sizing Circuit breaker, and I believe my calculation is wrong. Can anyone help me out

I am looking at a 3Amp rated circuit breaker, and the datasheet given below of the derating factor, and trip time in second. The average office temperature is 71F.

So, for circuit breaker, does that mean that it can handle upto 3amp or do I need to do subtract it (original rating - the derating = 3 - 3 = 0)

I don't know why but I think I need to subtract the derating to the current rating but I believe that's wrong. 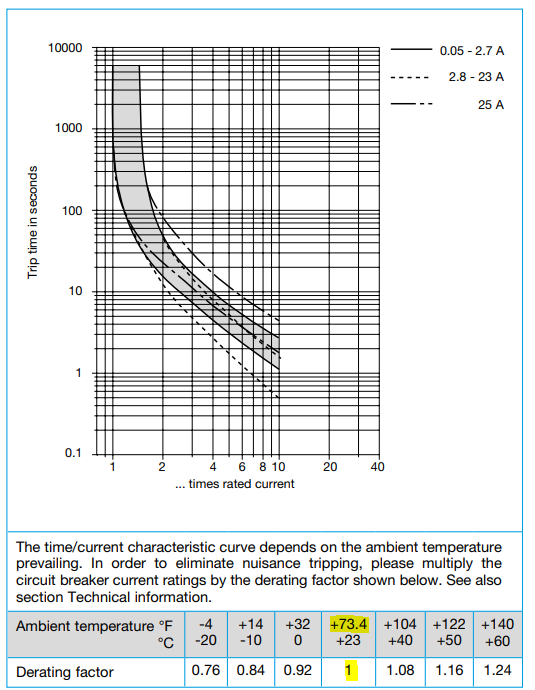 You don't need to subtract anything.

The derating factor is a simple scalar which you multiply the breaker rating by to compensate for temperature, as described in the image above the table.

Not the answer you're looking for? Browse other questions tagged circuit-breaker calculation or ask your own question.