Power Supply issues with CAN bus

I am currently working on a system using C# for a windows GUI with an Ixxat USB-to-CAN and an STM32F303K8 that runs CANopen, The system itself is running fine I can send and receive messages to and from the GUI and STM via the specialized cabling and using the STM I can display the information in a separate terminal via UART.

The problem lies in the specific purpose of this system which is to control a CANopen motor. I have controlled this motor before and had to power it with a separtate 24v supply through the cabling, now for whatever reason its causing some sort of interference on the CAN lines causing it to hang. The three entities are connected via a T-block made for the cables and the Ixxat and STM are powered via the computer. The power supply lines have been connected both in twisted and non-twisted pair fashion. Also the CAN lines resistance when I checked is 40 ohms, which I know it should be 60 but ive checked it with and without the motor connected and its the same, implying it was working just fine at 40 ohms.

Any theories as to what this issue could be?

Edit: This is something I forgot to include before, I am running the C# GUI in visual studio in debug mode. When I turn on the power supply the Process Memory and CPU usage increase a lot. Dont know if that will help. 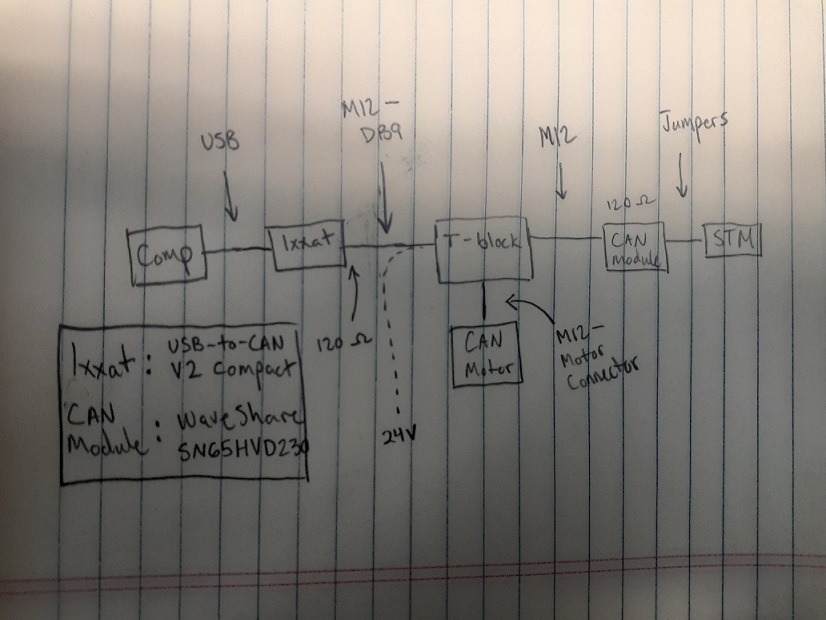 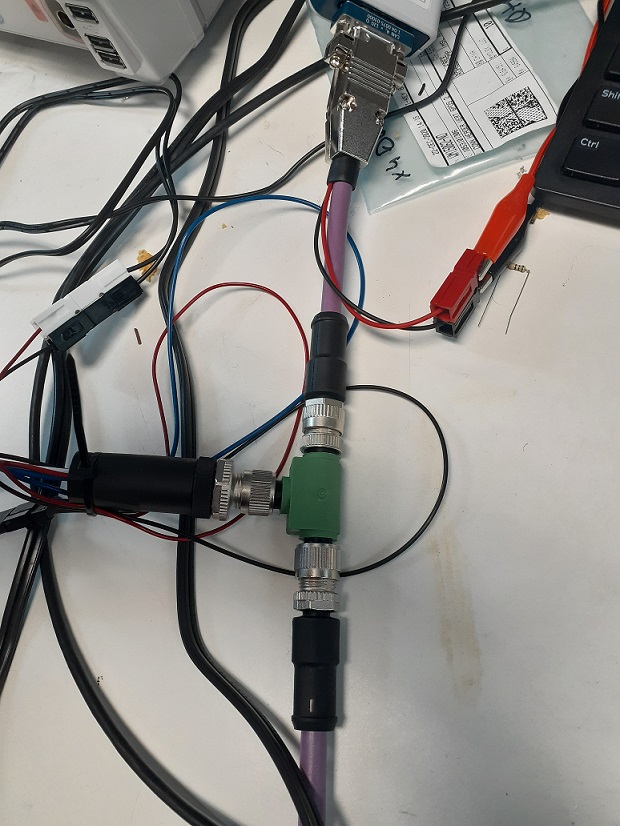 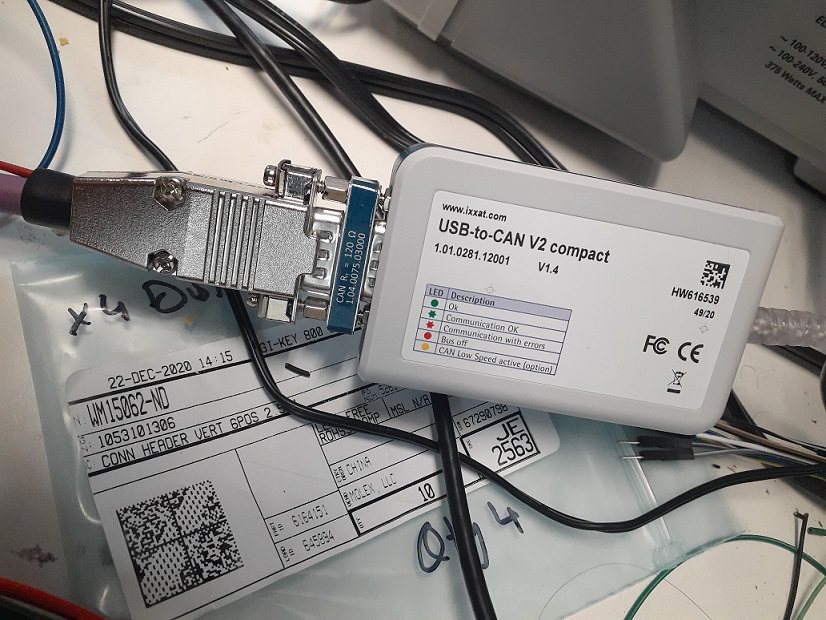 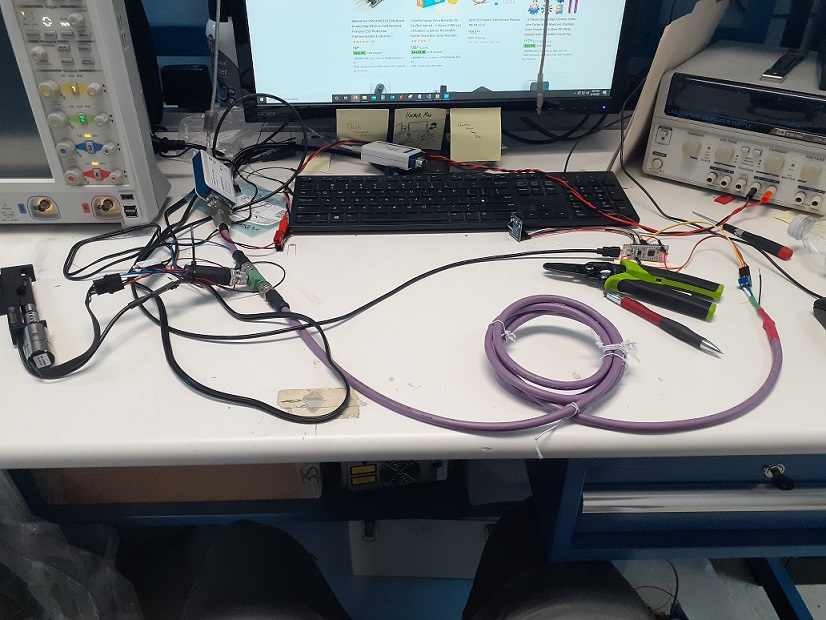 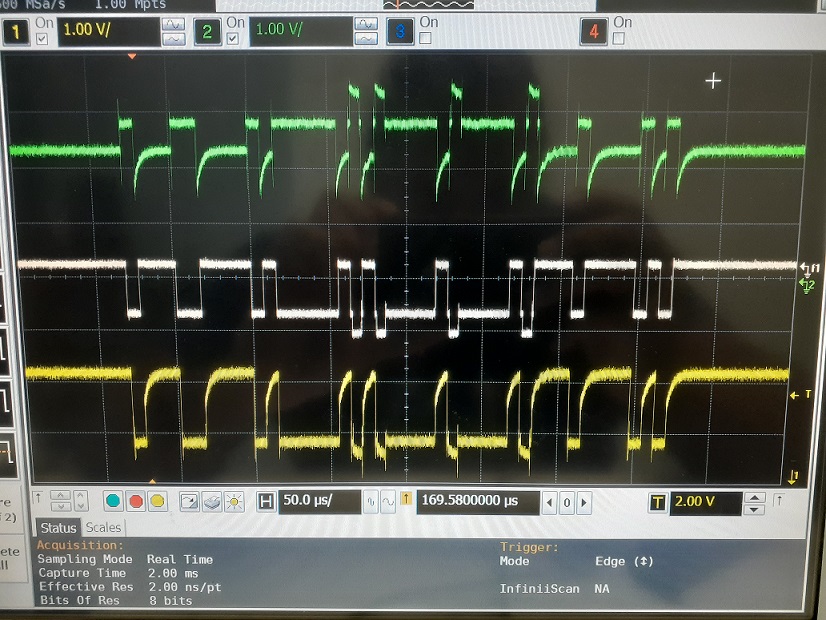 This right here is the CAN message that gets repeatedly sent and clogs up the CAN lines. My system is running at 1 Mbit/s, and this message is being sent every 574 us.

Not the answer you're looking for? Browse other questions tagged power-supply can interference canopen or ask your own question.

1
PIC18F25K80 can transmit over CAN but can't receive
2
Issue with the AMIS42700 CAN bus extender
0
CANopen transmission to multiple IDs at the same time
1
CANopen addressing scheme?
0
CAN bus malfunction on STM32F3
1
Strange behavior of auto retransmission on STM32 CAN bus