Recent reference for “why not to build RF circuits on breadboard”

I've built my FM modulator/RF mixer/433 MHz oscillator according to plans from The Internet on a breadboard, now it doesn't work.

We can usually refer the author to something existing, pointing out in comments that breadboard will not do at RF. But we fail at actually giving empirical evidence that would be the case. That's not very good engineering practice.

Is there something we can point users to, that shows measurements?

Yes, there are these writings of Andrew Zonenberg, where he measures different configurations of adjacent breadboard columns.

The real kicker is this figure: 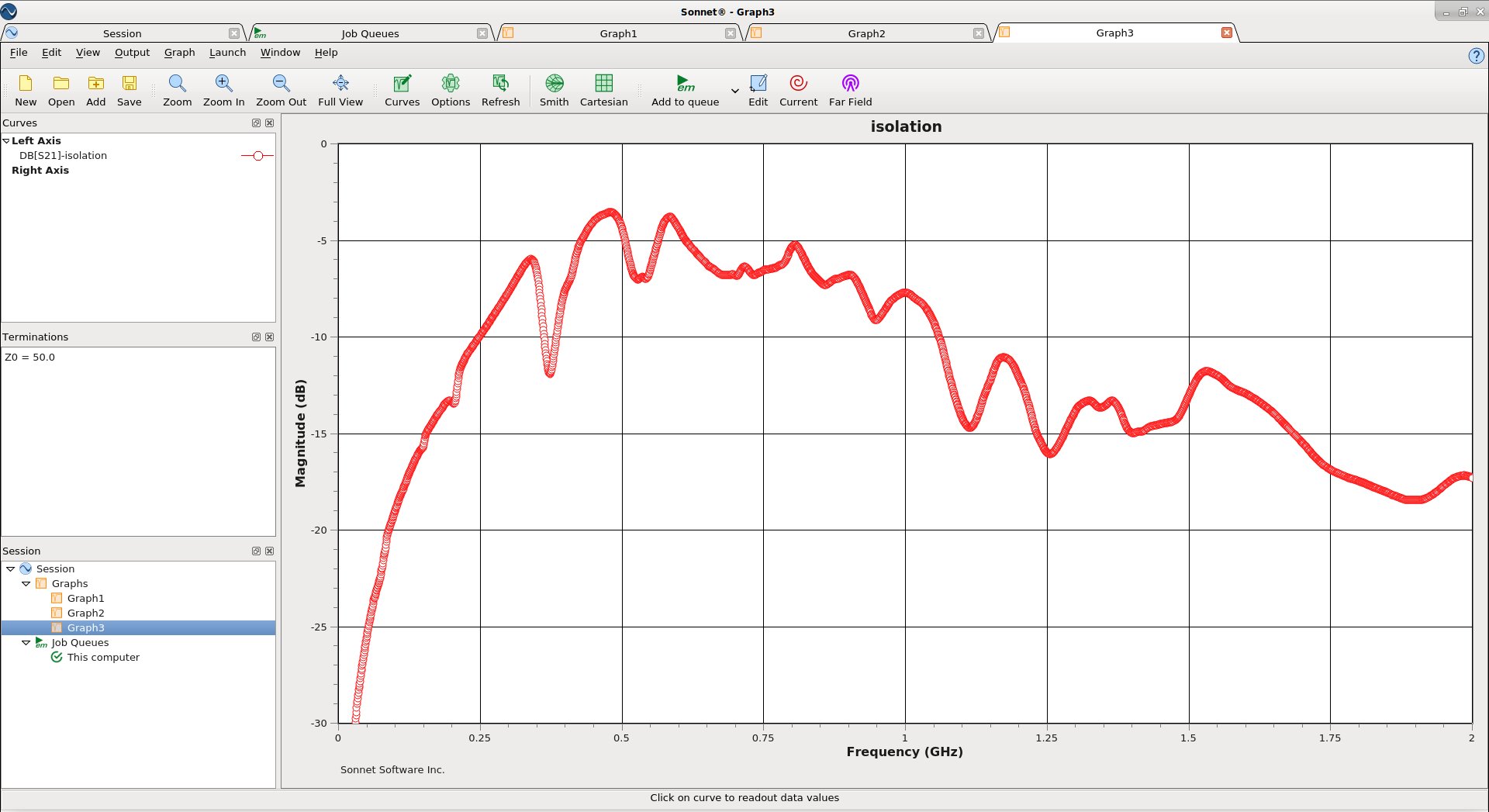 At 200 MHz, already 10% of the energy put into the field around one line can be extracted with its neighbor.

Not the answer you're looking for? Browse other questions tagged rf breadboard 433mhz or ask your own question.

5
Making a binary counter for my breadboard
8
Breadboard Dimensions for making DIP PCB
1
solder pins for stripboard to breadboard
7
Why would a breadboard have a conductive plate underneath it?
2
Why are components hard to insert into a breadboard?
5
Breadboard Resistor/Motor Not working
1
Circuit on a breadboard is not working properly
2
Breadboard type for valve circuits?
0
Breadboard and XOR gate not working