How to avoid current spike through the MOSFET of push-pull converter at low duty cycle?

I have designed a Push-pull converter as shown: 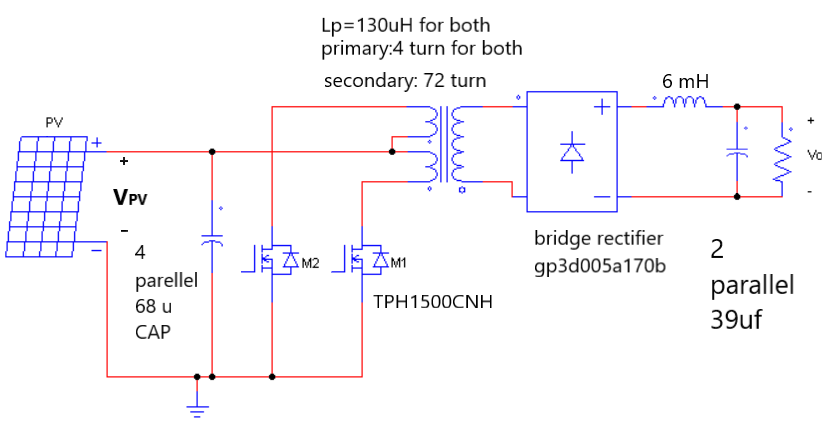 I have designed the MPPT algorithm, magnetic components, etc and the circuit is operating well.

In the starting, there is a soft start such that the duty cycle is increasing step by step from 0 to 30% with an increment of 1.5%. Then MPPT algorithm starts to run and makes the duty cycle between 5% and 45%.

Sometimes, usually during the soft start, one of the MOSFET is shorted and the operation fails. I have examined the drain current and drain-source voltage there are huge spikes especially during the low duty cycle which occurs at the soft start. When the duty cycle of MOSFETs is getting higher the current and voltage spike decrease. (The current spike is at the beginning of the MOSFET on-time and the voltage spike is at the end).

I know how the voltage spike occurs due to leakage inductance and hard switching. But I could not really understand the reason for the current spikes at the beginning. I think they are because of the MOSFET and transformer parasitic capacitance but I am not sure. And obviously, I could not find a solution and I think the MOSFET is being shorted because of this problem.

Even, I have disconnected the output LC filter and directly connected the load to the bridge rectifier but the problem still continues.

Can anybody give me a clue about the problem and save me, please?

Edit:Posting the gate driver circuit and waveforms as @Hearth asked. Edit2: The last figure consists of inductor current and voltage. You can see the problematic shape of the current. At the moment where it is at its peak. It falls suddenly. Then rises again.

Edit3:I have found the reason of inductor current sudden fall and rise. It is due to parasitic capacitance of the inductor. 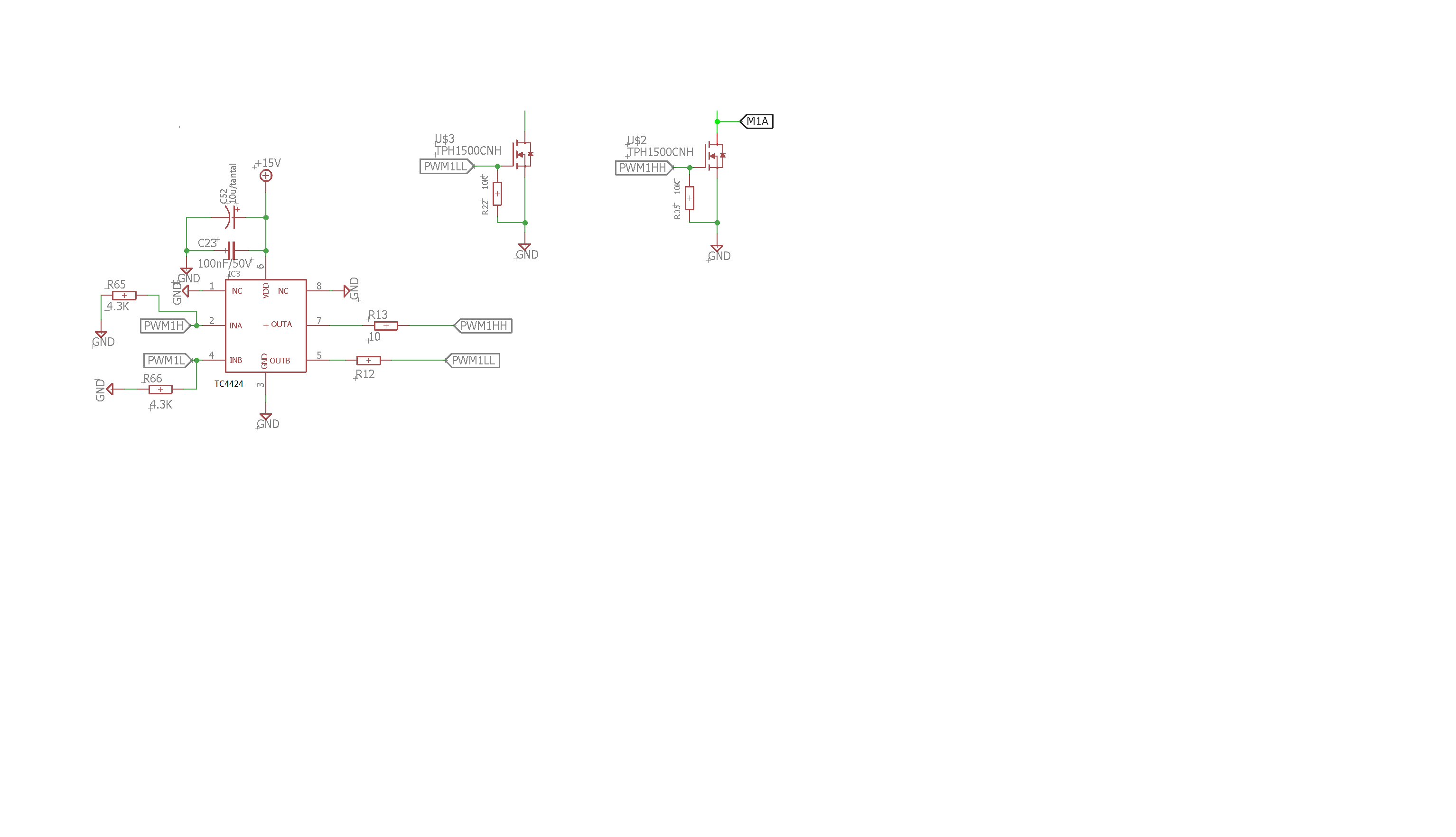 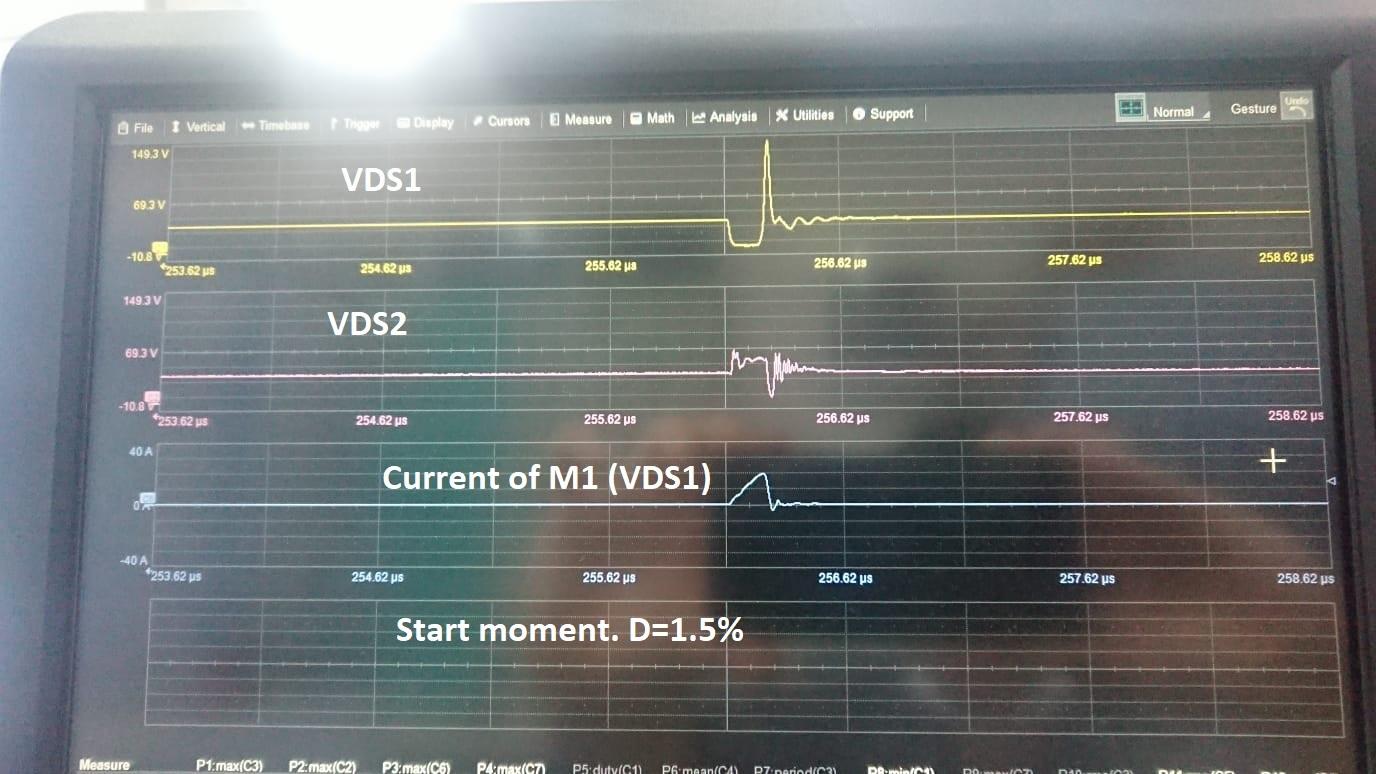 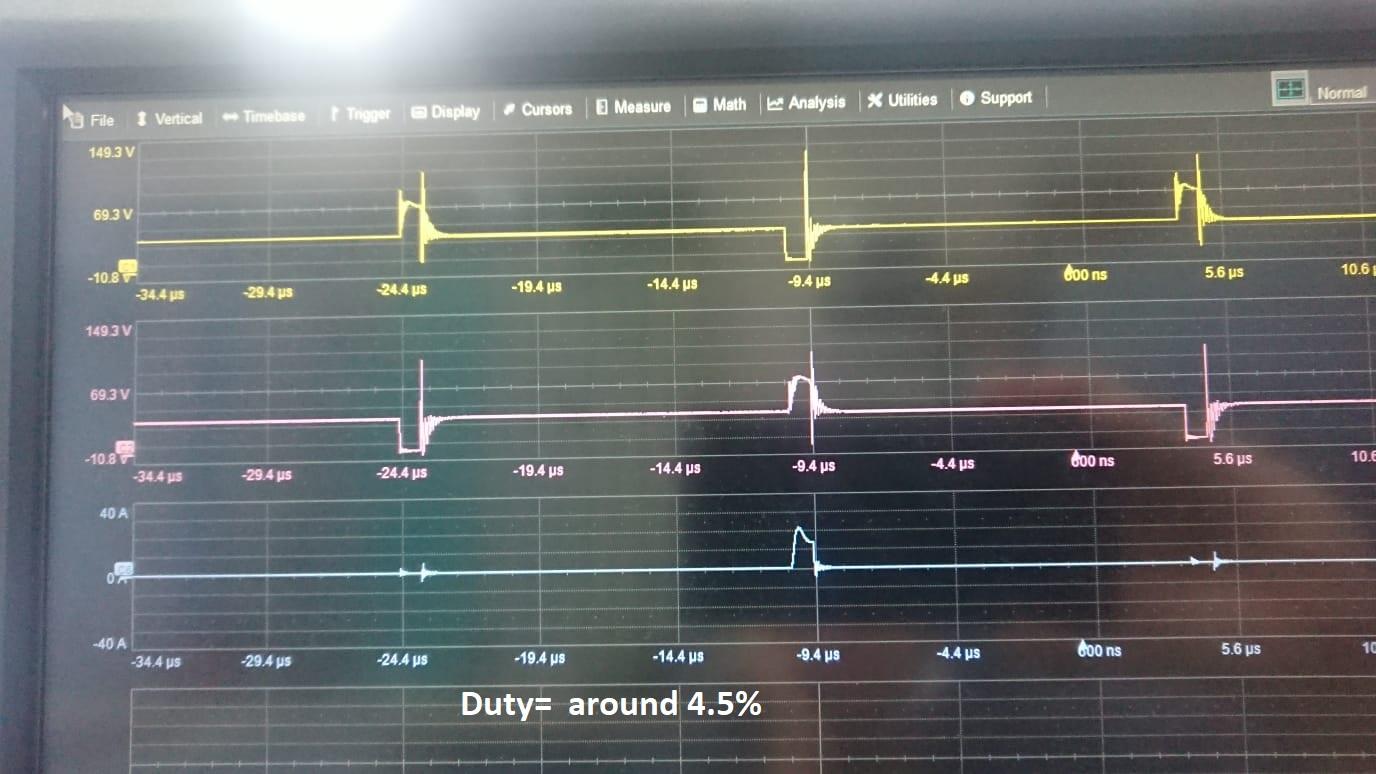 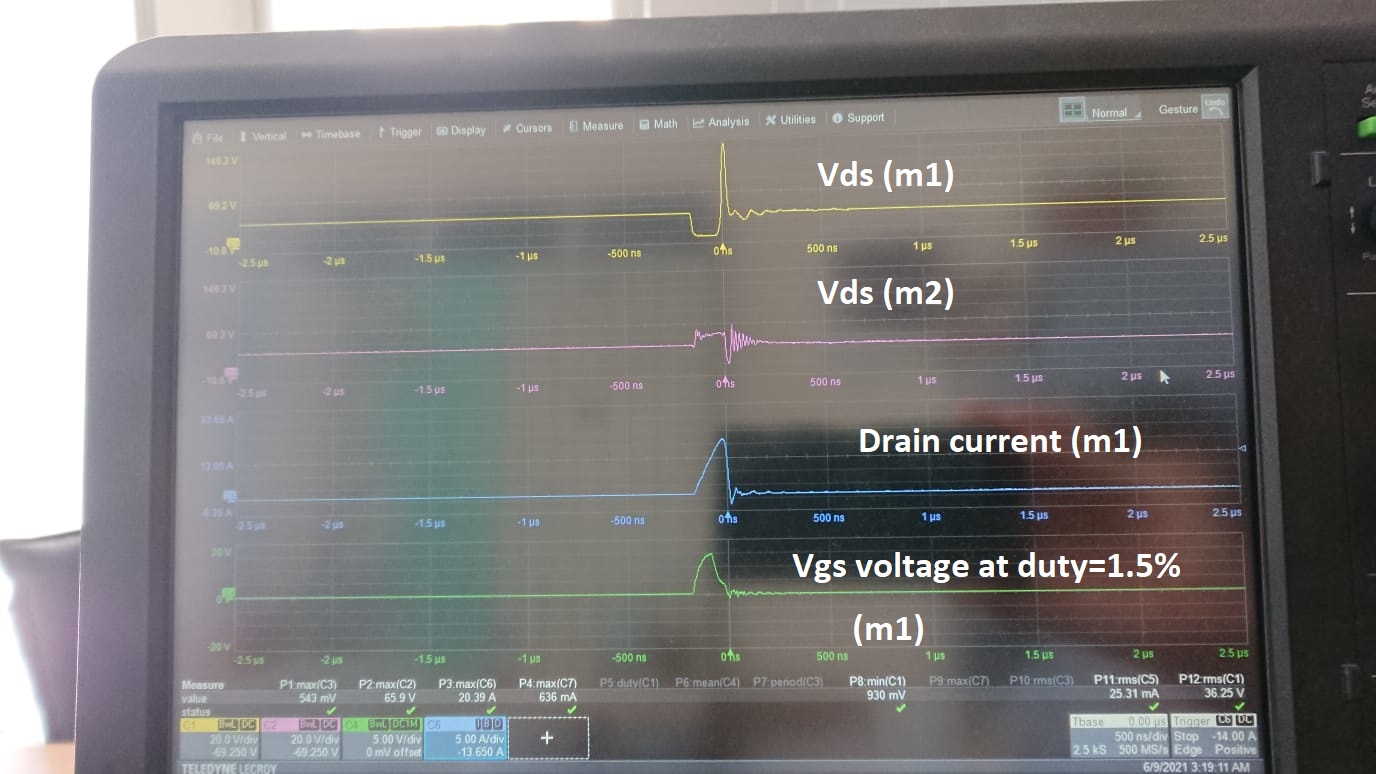 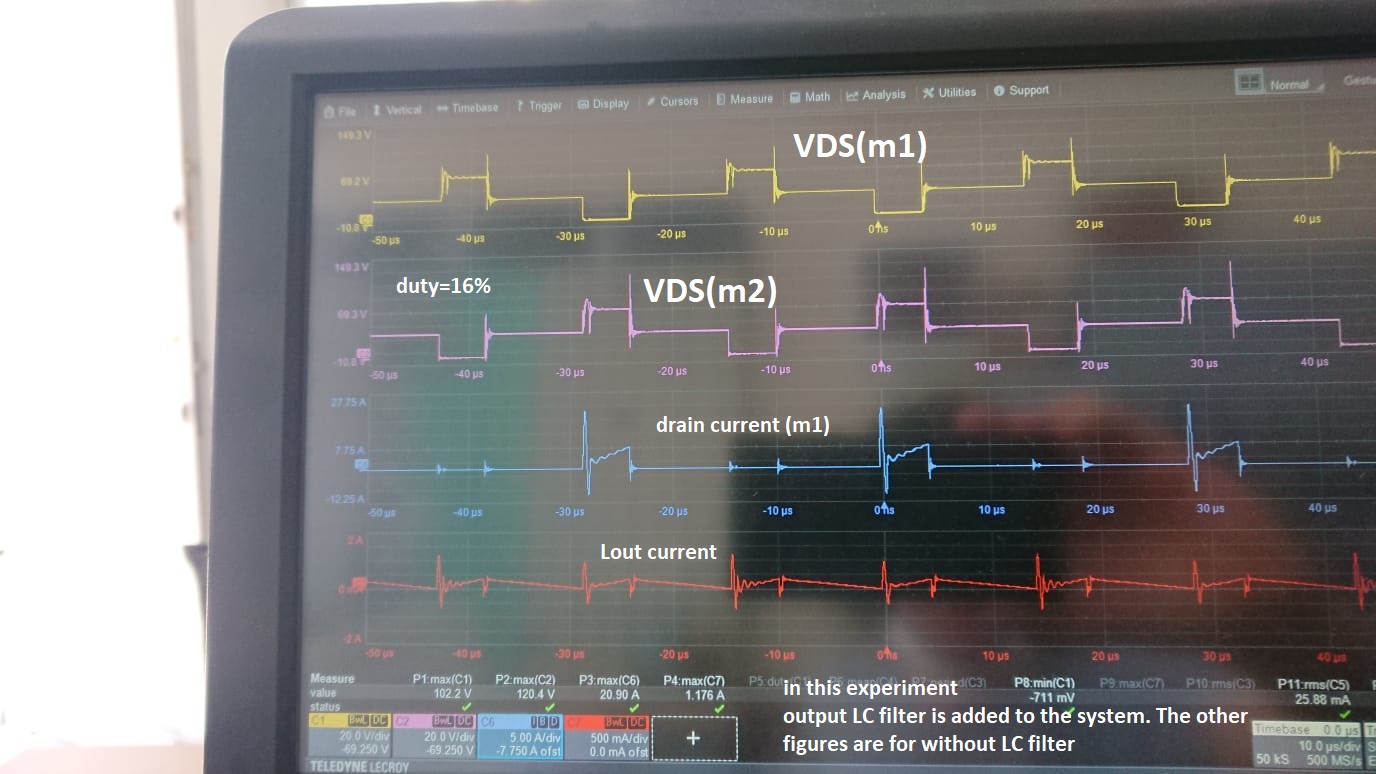 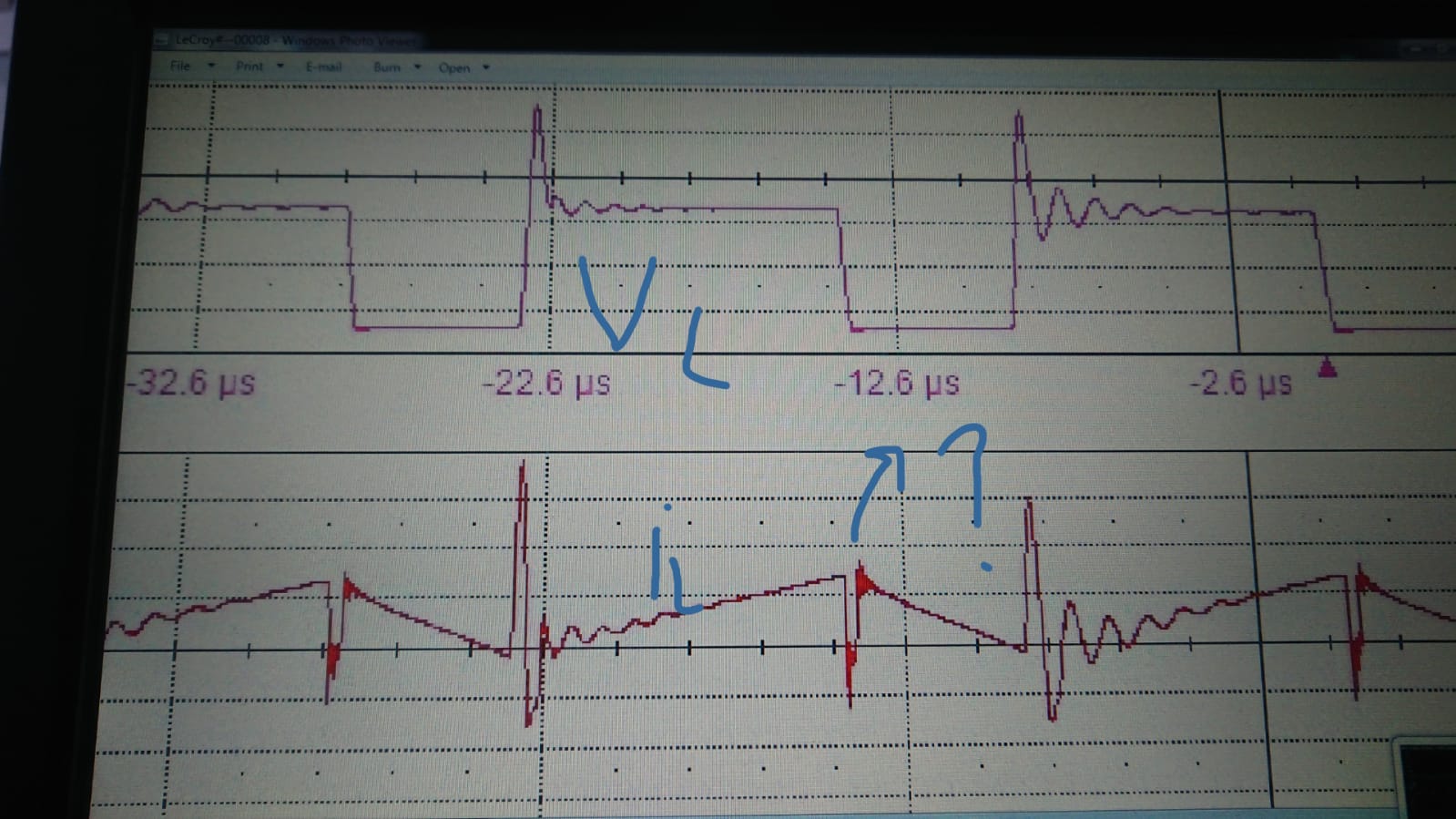