Did I design my LED circuit correctly?

For my wedding I'm making some letters which I would like to provide with some LEDs. To have the full "I made this myself" experience, I gave myself a course on electrical engineering (google ftw), and started designing a circuit that could work with the materials I had lying around.

I've designed the circuit with some parallel LED "strings" connected in series (each RGBW series represents a letter,) but have too little experience with electrical engineering to be 100% sure it works. I'm sorry for the very amateuristic design, I hope the essence is still made clear.

If you guys could comment on whether I wired everything correctly, and used the appropriate resistors, that would be great!

Some more specs that came with the LED: 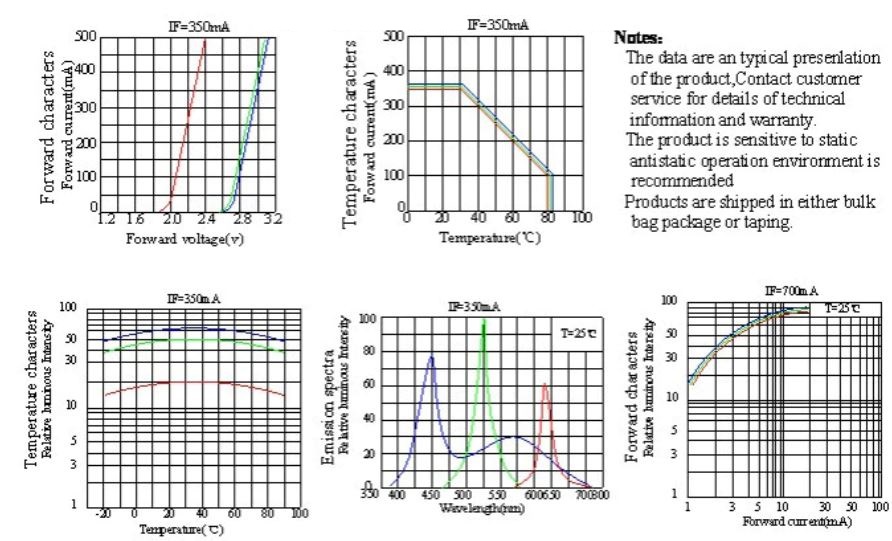 I based it all on theory, but am too hesitant to bring it into practice.

The 3 main points I am concerned about are:

I've decided to keep the LEDs for other projects (probably being: catching dust in the cabinet) and buy a couple of WS2812B LEDs, so I can make a MUCH easier circuit (probably more on my level anyway).

A much simpler way would be to use RGB LED strips because they include all the LEDs and resistors, and all you have to do is switch them on or off.

But if you already have the LEDs... 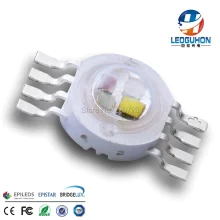 However, they're 4W LEDs, there are four 1W LEDs inside. If you want to use them at 4W then you have a problem because if you don't mount them on a proper heat sink they will melt, and the way to mount them is reflow solderign of the thermal pad on the back. That only works on a copper surface, so you need a special aluminium core PCB, with copper foil laminated on top of an indulator, yadda yadda, not user-friendly for a quick project.

Besides, at 4W they'll be really super bright, so you could run them at less power.

You could use thermal conductive two-component epoxy to glue them on an aluminium heat sink. Or you could reflow them on on a copper heat sink.

All of that is probably going to be more expensive than a roll of 12V or 24V RGB LED strip from aliexpress though, so YMMV.

Note LED strips are much easier to work with because the heat is distributed over a long length, not just in a few power LEDs acting as hot spots. So low power strips stay cool. High power strips are another story, but still not that difficult.

The FETs are upside down, and make sure you pick FETs that will turn on with 5V Vgs. These have "RdsON" specification at Vgs=4.5V. If it is only specified for Vgs=10V then nope.

There should be a resistor per series string of LEDs. Also make sure you check how much power it will dissipate. If you use 0.25W resistors, they will burn. Another advantage of LED strips is there are lots of resistors on them so the dissipated power is spread along the length.

Your LEDs have different forward voltage (Vf) depending on color. Therefore, at the same current, the red string will have much lower voltage than the blue string. So you need to calculate the resistor value for each color.

You've made a couple of major errors. As JRE pointed out, your FETs are reversed. Just as importantly, your current limit resistors are in the wrong place. Each channel should look something like 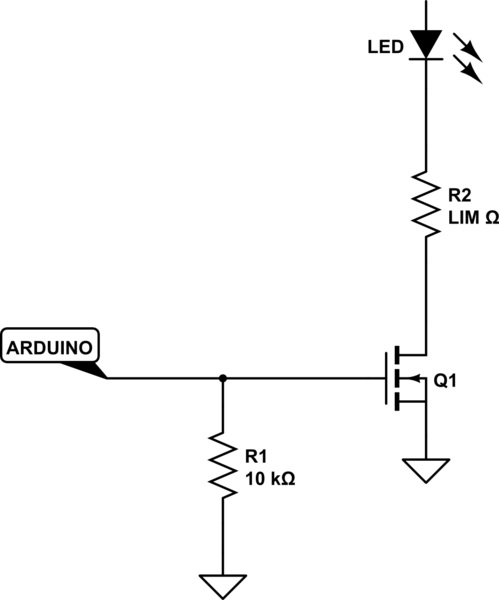 If you did it your way, you'd get very low currents, since the voltage across the current limit resistor will decrease the gate-source voltage.

Next, you have not specified what FETs you are using. You MUST use "logic-level" FETs. Regular FETs need more gate voltage than your Arduino can provide.

Your limit values look OK, as long as you realize that, if you decide to drive one string at a time, rather than 3, you will be driving too much current through that single string. Your values will give a maximum of about 1/2 amp. If you were trying to aim for .335 amps, you need to redo your calculations using the minimum LED voltage drop numbers, rather than the max. Keep in mind that, if your LEDs are fairly uniform in behavior, each string will draw 1/3 of your FET current. This will give something like 150 mA per string at your stated resistor values.

So I think there's not a hazard of cooking your LEDs, but perhaps your methodology for choosing your resistance is suspect. Were you aiming for a specific brightness or heat dissipation capacity?

As others have noted, you have your mosfets upside-down, and your current-limiting resistors are going to get a bit toasty! In principle, you can connect your LEDs in series-parallel like this (provided they all come from the same batch) but you may find the result unstable, because the voltage drop across the LEDs varies with age, temperature, phase-of-the-moon, etc, and as the voltage rises, the drop across the resistor falls, so the current falls, and so the brightness wobbles. Remember, each colour LED will have a different drop.

I note that you're using IRLZ34n mosfets. Those are rated to 56W and 30A - more than enough to control those LEDs (with a suitable heatsink, of course). You could use the mosfet itself as the current regulator. See, for example, Mosfet constant current. The advantage of this is that you can put one mosfet on each series-string of LEDs, and the mosfets themselves will keep the LEDs and the brightnesses in balance.

Jules MayJules May
11111 bronze badge
New contributor
Jules May is a new contributor to this site. Take care in asking for clarification, commenting, and answering. Check out our Code of Conduct.
\$\endgroup\$
Add a comment  |

Not the answer you're looking for? Browse other questions tagged led circuit-design arduino-uno or ask your own question.