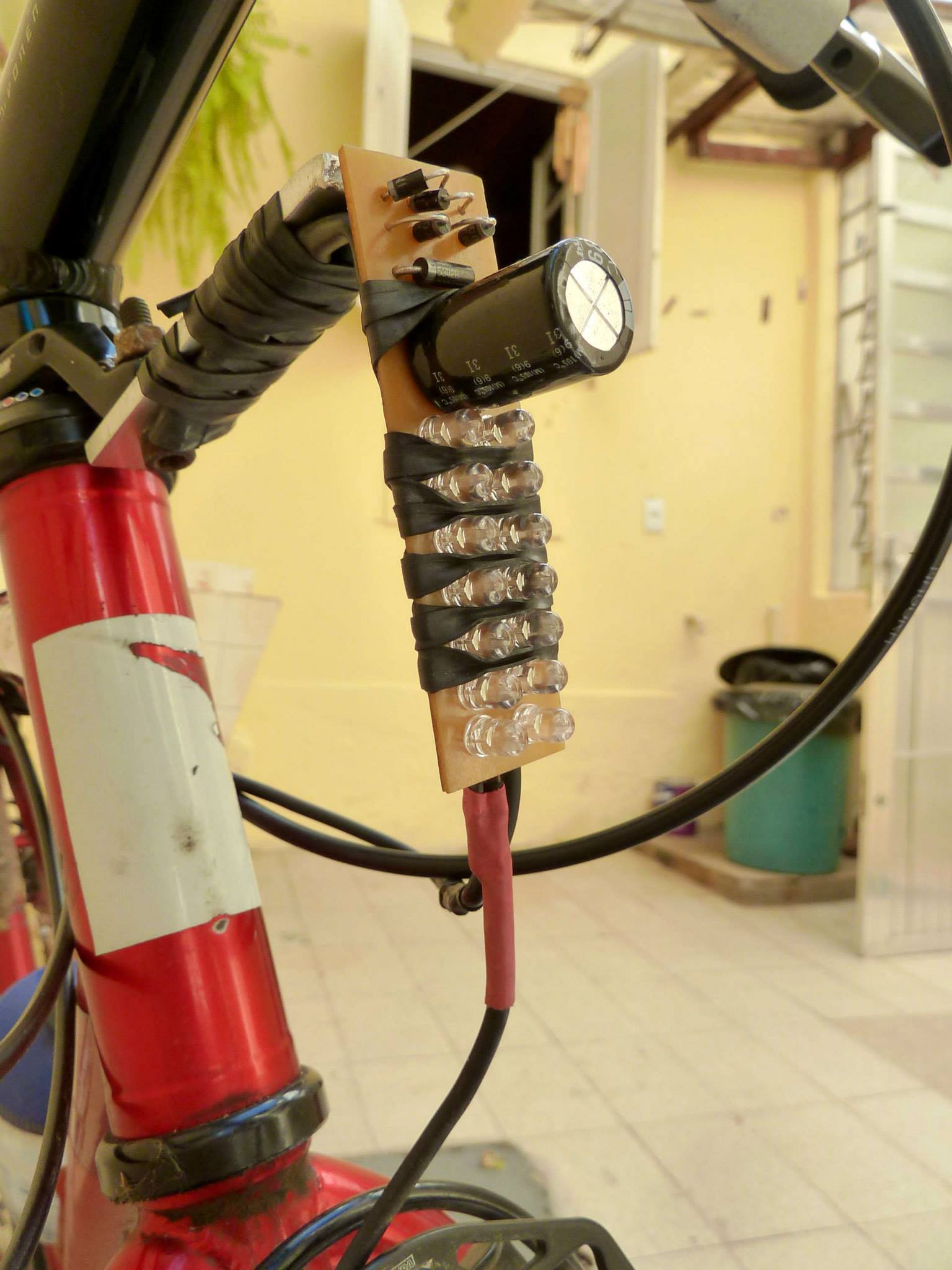 To maximise efficiency in this situation the circuit given by Whit3rd is the one to go for. He selected Schottky diodes because they have a low forward bias voltage drop and a voltage doubler circuit because it only involves putting one diode voltage drop between the AC input and the DC output. A standard bridge rectifier has a silicon junction diode forward bias volt drop of around 0.6V and puts 2 of those in series so takes out 1.2 V from the relatively modest 6V or so output from the dynamo. The voltage doubler ends up with quite a high voltage though, which you need to reduce and the most efficient way of doing this is to use a switched mode voltage converter, such as the MT3608, which is available for minimal costs wired up with the inductors, et cetera, on a small circuit board that has an output voltage adjustable by a potentiometer and an efficiency of over 90%. Voltage and current regulators do not work in the same way as a switch mode power supply, and provide a regulated output by using dropout in which the input voltage must be higher than the output voltage and the regulator fixes the output voltage over a wide range of input voltage with the same current flow into the regulator. That means that if for example, the input voltage is 12V and the output voltage is 6V, half of the power will be dissipated as heat in the regulator. Similar considerations apply to current regulators.

3
How to convert 6V AC to 5V DC
2
For a Zener diode voltage regulator circuit: Why can't you place the resistor after the Zener diode?
3
Rectifier for bike dynamo
2
What is this two-lead component across an AC input?

3
Solar MPPT charger causing regular voltage spikes
4
How to determine the total number of charges a portable charger can supply for a phone?
2
Building a battery pack, how do I recharge it with USB?
0
USB car charger input 10vdc instead of 12 VDC
0
TPS60312 charge pump severely drops zinc-air coin cell voltage at higher output currents
0
How can a charger charge both a phone and a laptop?