Why are high power LEDs categorized by wattage, not voltage & amperage?

In searching for the correct replacement LED for a project, I've noticed that, more often than not, high power LEDs seem to be primarily categorized by their wattage. Why is this the standard?

It would seem that voltage and amperage would be more appropriate for classification and searching, since multiple volt * amps combinations can result in the same wattage, but obviously LEDs of the same wattage are not necessarily interchangeable between circuits.

I find myself endlessly diving into specs after finding an appropriate wattage LED, just to determine that the voltage & amperage are not compatible for my circuit. But then again I'm new to this. So just curious.

I somewhat disagree with the other answers. The power class of the diode is actually important, since low power diodes can be used with cheap FR4 PCB, higher power can be used on metal core PCBs, and very high power COBs typically are directly bounded to metal heatsinks. Since you usually decide (based on budget and manufacturing capabilities) what type of PCB and thermal solution will be used before selecting specific parts, the power classes are logical.

That said, unless you're looking at Amazon/eBay (where the specs are made up anyway), most vendors list by voltage, nominal current and power. Digikey for example will let you pick all the 9v white LEDs with a certain nominal current.

Impossible to answer conclusively, but a good reason is that a lighting designer will select an "LED" (or array/cluster of LED's) that provides the illumination required, THEN design a circuit to drive it. You're kinda doing it backwards.

Yes, they are bulbs after all: you buy bulbs by wattage.

The light intensity is more or less proportional to power, so that for some products you see the real wattage and the higher one "as if" (compared to e.g. incandescent bulbs). An old incandescent bulb had about 50W and 500-600 lumens (measurement of luminous flux). Similarly this is obtained with a 5W LED more or less.

Then, as @kyle-b says, you will design (or purchase) the driving circuit to regulate them. It is a good approach to feed some in series, because you come up with more manageable voltages, and you feed them with the same current.

Originally LEDs had different threshold voltages depending on color; but high-power LEDs for lighting try to use a efficient light emissions and then phosphors/filter to adjust the emission to the desired type of color and color temperature. For lighting you may desire a white (bluish) LED, so the voltage should be around 3.5-3.6 V. The yellow ones (e.g. for large displays on a highway or parking lot) are still 2.3, maybe 2.5V.

Add-on: regarding phosphors, you may see other question Why are most COB LEDs physically yellow?

LEDs are rated by wattage because that's a clear statement of how much power they can dissipate without damage. In general, the larger the LED physical size, the more power it can handle. Larger size means the LED can shed more heat.

LEDs are also rated in:

Forward voltage (Vf) depends on the LED material and its emitted color. Shorter wavelengths will have higher Vf than longer wavelengths.

Forward voltage (Vf) shifts upward somewhat with increased current. This results in a higher Vf drop, increasing the power dissipation in the LED even more.

The design flow is choose the LED (size, color, light output), then design a driver that sets the right current for it, and add a cooling system if needed. Forward voltage becomes a constraint if Vf is higher than can be reliably supplied (for example, a 3V LED with a 3.3V supply is not a good idea - not enough margin.)

more often than not, high power LEDs seem to be primarily categorized by their wattage. Why is this the standard?

Don't get me wrong, power consumption is an important piece of information - but it shouldn't be the primary characteristic of a light source.

It has been suggested that, in the context of wiring up lights in a house, watts are the most important characteristic. This is not so.

Many years ago, when I moved into my new house, the electrician had provided light bulbs in every socket. Since these were mostly 60 watt incandescents and not not 15 watt fridge bulbs I can tell that power consumption was not the primary selection criteria.

Like almost all UK houses, mine has a 6A lighting circuit for all lights on the ground floor. That is standard. The electrician who wired up that circuit followed the general standard and gave no thought at all to the wattage of bulbs that might be used. Nor should they.

That circuit has 10 light sockets, the kitchen has additional under-cabinet lighting but I'm pretty sure those come off a separate circuit. But lets include them anyway and pretend I have 15 sockets where the householder can insert a light-bulb.

If I go to a supermarket today, the most powerful light bulb I can buy is 12 watts. I would need to fit 70 of those to my 15 light-sockets to approach the rating of the circuit. Clearly the power rating of typical domestic light-bulbs is irrelevant.

Electricians are in fact much more concerned with amps than watts. Indeed bulbs now often have both marked on them. UK klighting circuits are 230 volts nominal (EU standard) though usually 240 volts in practice (old UK standard). I looked at one light bulb which was marked 12 watts, 85 mA. If you do the sums you'll see the electrician can't use the watts to check load on circuit accurately. Clearly there are complicating factors in the driver - power factors, inrush current for a capacitor or some other reason. The electrician should disregard the power rating in watts and use the current rating in amps.

As I said, when I moved into my new home, there were light fittings and light-bulbs already in place. There were no lamp-shades - these were regarded as a purely decorative item that the new owner should select themselves. But it is the lampshade's ability to handle heat that is the only time you need to refer to power consumption of the bulb. Lamp shades are marked with a power rating (e.g. "40W max").

However currently it is not possible to buy, from my nearest supermarket, a light-bulb that will approach even 40 watts. So this is, for me at least, also a non-issue nowadays. 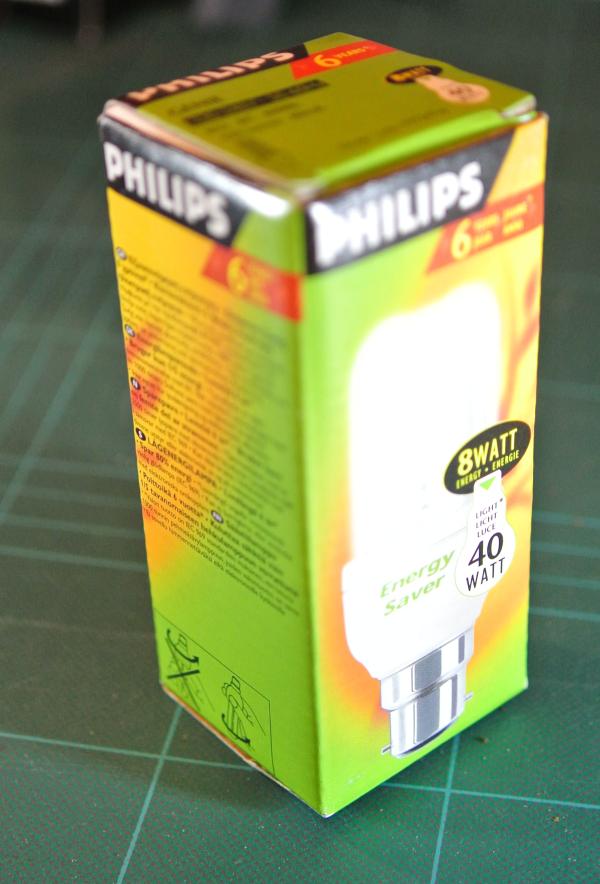 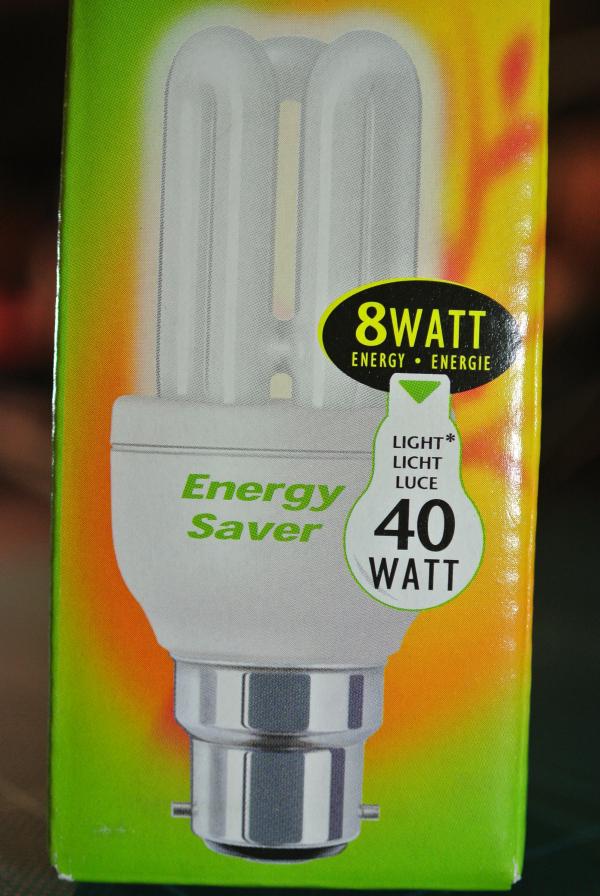 This is one of the least egregious examples, many such items omitted the actual power rating or had it in tiny print on the other side.

I hope I do not have to explain the gross stupidity of what is shown above.

Not the answer you're looking for? Browse other questions tagged led amperage watts volts or ask your own question.

30
Why are most COB LEDs physically yellow?