Recently, there have been several youtube vids (example) talking about how modern CPUs are manufactured. Basically, it's a complex nightmare of dropping molten tin and lighting it with light, which produces a plasma light that does the proper etching (Edit: oops, etching is actually a chemical process after photolithography). However there is also a photomask produced in an entirely different process.

These manufacturings are very complex and I do not understand them much at all. What I'm curious about right now, is how old processors were made (70s and early 80s).

Something like the 6502 is a prime example. Today it is very cheap, but when it came out it was still extraordinarily cheap relative to other processors available.

How was it manufactured? I really want to know if it was basically the exact same process, just scaled down with much bigger transistor sizes---or something entirely different.

In the mid-1970s silicon-gate depletion-load NMOS chips such as the 6502 were made on 3-4" wafers. The methods involved photolithography for imaging. The wafer is coated (by a spin coater) with a photosensitive resist and the resist is exposed and then developed. Earlier chips used contact masks that would be in physical contact with the wafer, but around this time the projection mask technique was introduced by Perkin-Elmer.

The P-E Microalign system used a mercury lamp as the light source. 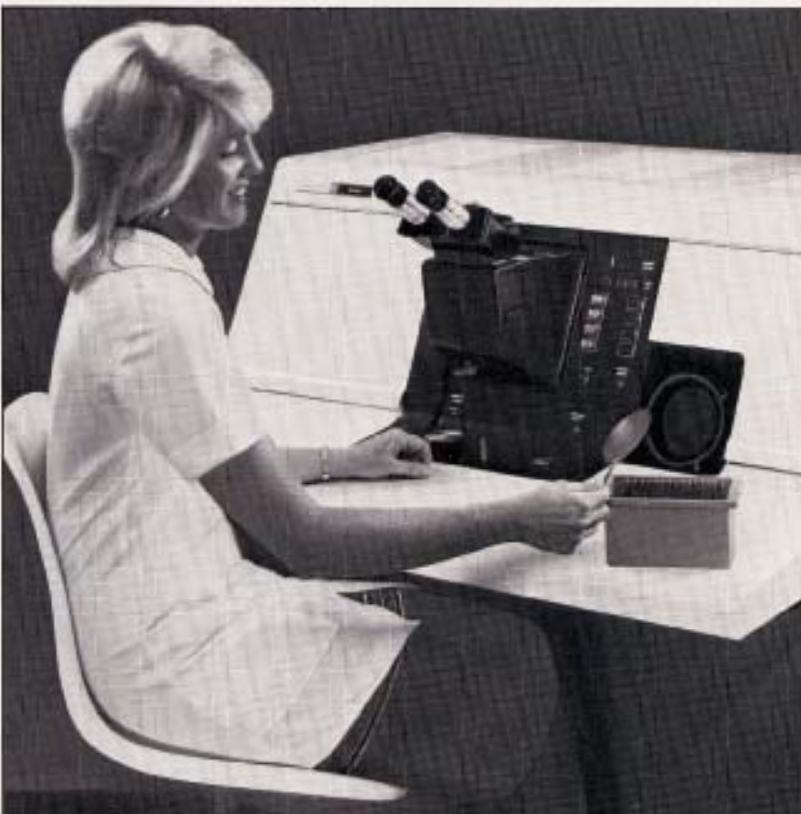 You can find a description of the steps involved here.

Needless to say, things have progressed quite a bit since that time and the wafer size, chip complexity and number of layers have increased greatly. The minimum dimensions have decreased something like 100 to 1000-fold (square that for complexity). The original 6502 was NMOS and dynamic so it had a minimum clock frequency (though an improvement over the M6800 which required a tightly specified two-phase clock that was expensive to generate). More modern cores are CMOS and static (allowing the clock to stop and also allowing the power dissipation from the depletion loads to be greatly reduced), but that requires more layers.

The 6800 listed for something like USD 300 per piece (and required that expensive two-phase clock generator). The MOS 6502 was introduced at a bargain $25 each.

Not the answer you're looking for? Browse other questions tagged cpu manufacturing manufacturing-process or ask your own question.

49
How to go from newbie to manufactured?
4
How do you "shrink" electronic components, such as transistors, resistors and diodes?
2
Controlling the number of devices manufactured by a licensed manufacturer
5
How do custom security certificates find their way onto mass manufactured products?
4
What mechanism is responsible for the β/hFE variations in manufactured bipolar transistors?
0
How can CPUs operate at such a low voltage with billions of transistors?