Under what conditions does a p-FET gate have to be at a higher voltage (or more negative) than its source?

Is there a general rule for p-FET's that explains when Vg can can be higher (or more negative) than Vs? I had posted a while back and a helpful person explained I needed to keep Vgs higher than Vds, otherwise the FET could overheat or malfunction. I think we were discussing n-FETs at the time, so for a p-FET I believe that means Vgs should be more negative than Vds. Is that correct?

Vs is supplied by a separate 12V nominal source (Vstarter) that can vary between 11V and 15V. Both Vhouse and Vstarter share a common ground.

But apparently Vhouse actually goes to 6V during BMS cutoff, not 0V, and it will supply enough current at 6V to power an LED, so presumably it could easily power a p-FET gate.

When I test my circuit with Vhouse at 6V, it appears to work the way I want, with the gate switched off, and 12V on the drain. But I'm not sure why. I measure Vg at 2.4V, and Vs is at its usual 12V. But is this condition okay, or is it damaging the p-FET like the person suggested it might? (if I understood them correctly, which I may not have).

I'm hoping the circuit is okay as described. I've left it in this state for hours and there's no warming of any devices or unusual behavior. The circuit will only drive an LED and another logic device that will use a few mA at best, so the p-FET will never conduct any serious current.

But I'm a bit confused as to the relationship between Vg, Vs, and Vd, and when one must be higher (or more negative) than the other. Any help is greatly appreciated.

Here is the basic schematic: 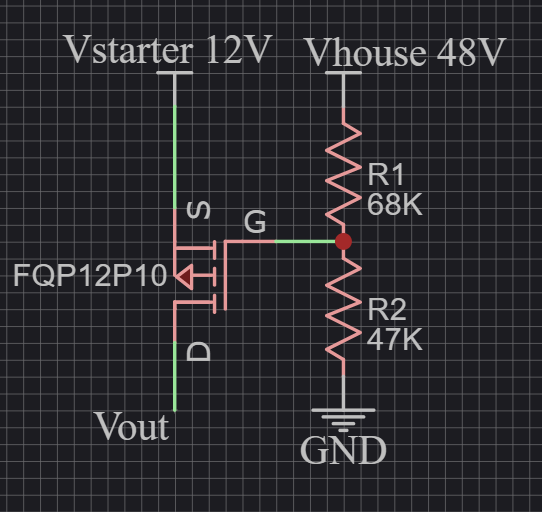 And here's a photo of the actual prototype when Vhouse is at 6V. The p-FET gate clearly isn't switched off. That's actually good for my application, but I don't understand why. You can see the the LED is light and I get a clear 12V measured on the drain (white wire running down to bottom where LED sits). When connected to 48V, it works as expected. The LED is out, Vd is 0V. When I use the pushbutton tester to shunt R1 to ground, the LED lights up and 12V is output. 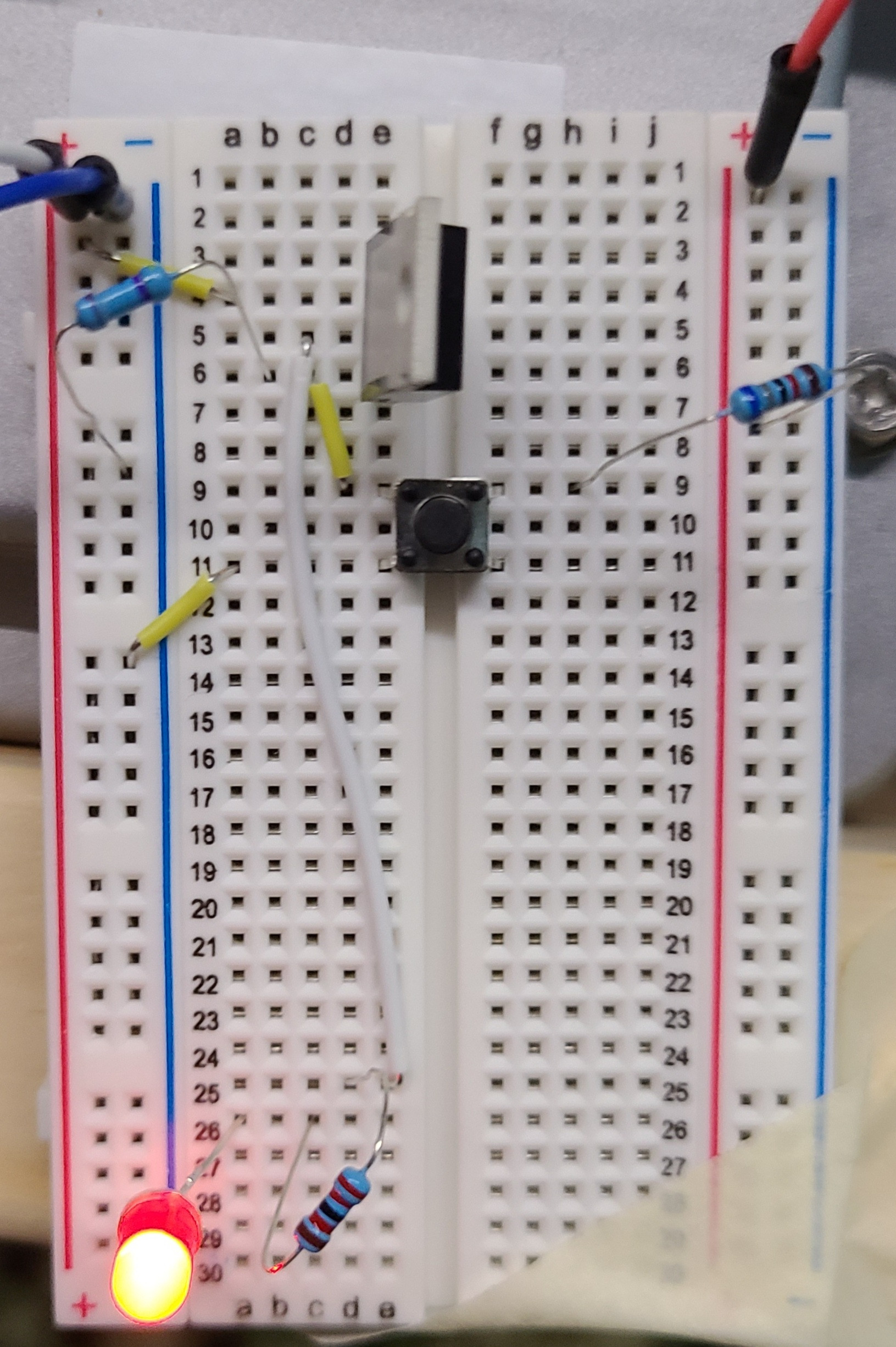 Your PMOSFET probably has a body diode between the drain and source. It's not so important that |Vgs| > |Vgd|, but that Vs > Vd. Otherwise, if Vs-Vd gets too negative, the body diode will happily conduct until fried.

Not the answer you're looking for? Browse other questions tagged transistors mosfet low-power mosfet-driver low-battery or ask your own question.

11
NMOS FET selection for reverse polarity protection
1
doubtful about N-mosfet
1
Does the MOSFET gate have an absolute maximum gate voltage?
1
How does the current pass through FET when its gate is unbiased/grounded in AC analysis?
0
Question about N-channel MOSFET turn on Voltage
1
What is the current in a FET as gate voltage is increased towards large voltages?
2
What is the difference between "Operating Voltage" and "Drain-Source Voltage" for an LDMOS FET?
1
n-channel JFET: importance of gate drain voltage (Vgd) and validity of negative drain source voltage (Vds)
1
How to block low voltages in a very low current circuit