If I convert the AC from a transformer to DC using 4 diodes and one capacitor and the same for another transformer and connect those DC out in series?

If I convert the AC from a transformer to DC using 4 diodes and one capacitor and I do it for another transformer and connect those DC out in series, what will happen? Is there any problem? How much current will it provide? How to calculate the current? All the dioes used here is 1N4007. 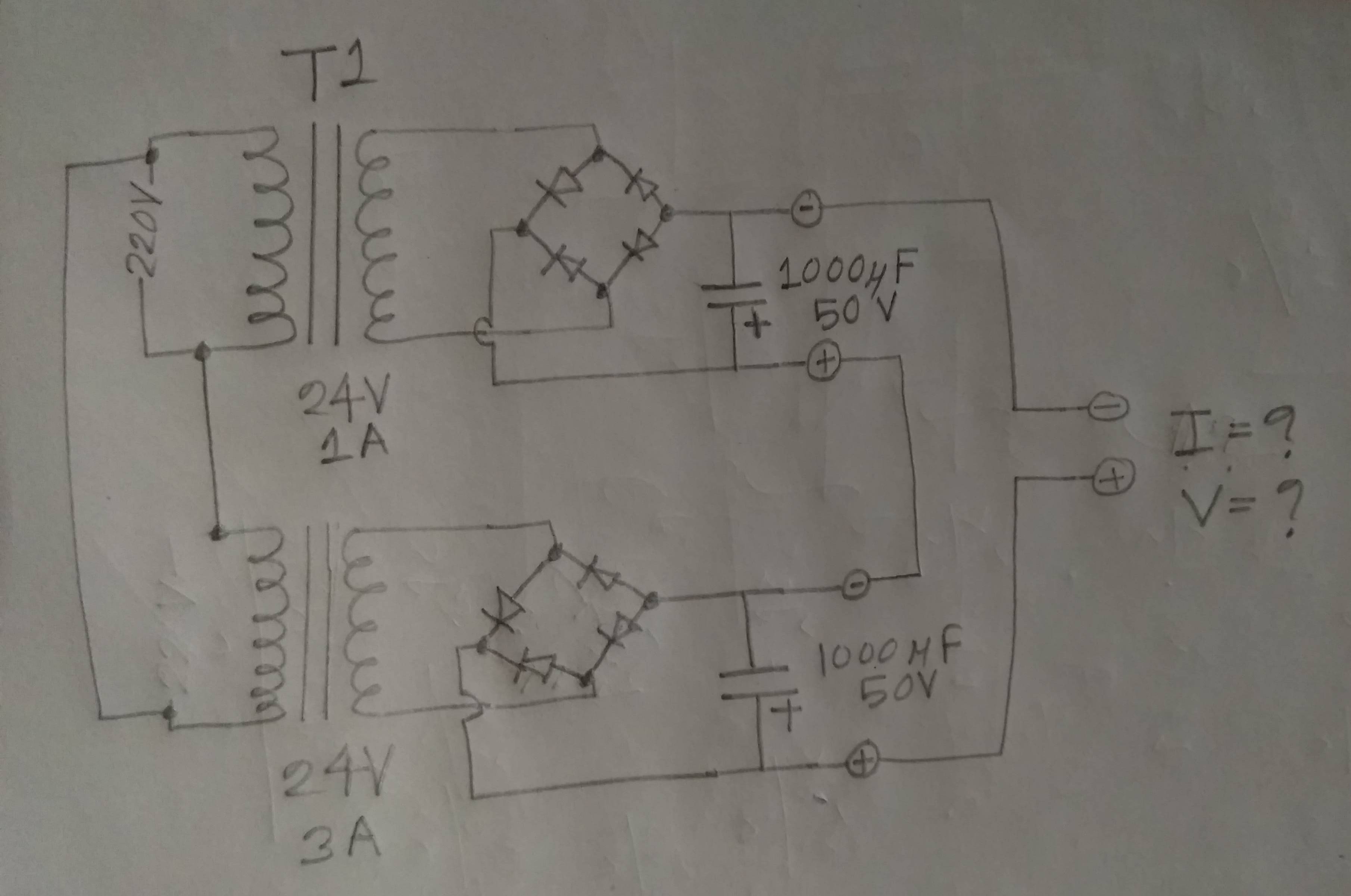 The output current from two isolated power sources in series will be limited to smaller of the two constituent supplies.

A simple '4 diodes one capacitor' supply has a lot of ripple. The output ripple will be the sum of the two constituent supplies.

Depending on your application, the current limitation may be temperature rise in the transformers or diodes, or it may be voltage droop or ripple on the output capacitors.

Bear in mind that a '3 A' transformer is probably rated for RMS current, that is, for current into a resistive load. Driving a rectifier produces current with a very peaky waveform, and so the RMS (transformer heating effect) is disproportionately higher than the average (DC output to the load). This means a transformer has to be 'derated' when driving a rectifier. I don't have the figures to hand, but you should be able to search for 'transformer rectifier current derating'.

It would be worth pointing out that you could increase the output voltage by two diode drops (which alternatively means increase the output current for the same output voltage) by putting the two transformer secondaries directly in series, and using a single quad of diodes for rectification. That reduces the series string of diodes in the path of the current from 4 to 2.

It would also be worth investigating the output (as Frog suggests) from the 3A transformer alone driving a dual halfwave voltage doubler, but with bigger diodes than 1N400x. Curiously, two halfwave rectifiers in series still have ripple at the same frequency as a fullwave rectifier. While each 34 V output has only 50 Hz ripple, the 68 V output taken between them has 100 Hz ripple. 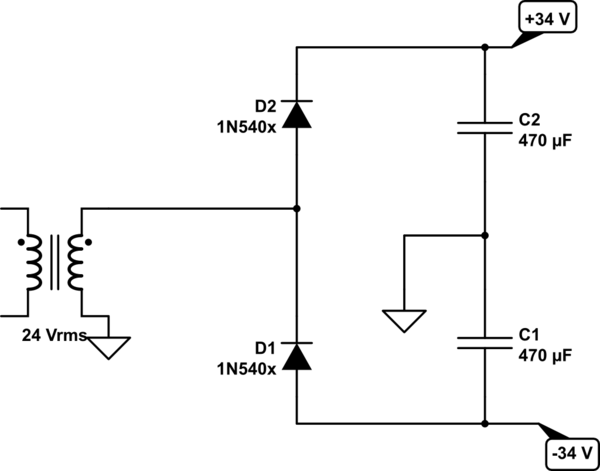 If you are dealing with very high voltage output supplies, say more than your input mains voltage, then you may need to be concerned about stacking output voltages exceeding the rating of the secondary insulation.

Not the answer you're looking for? Browse other questions tagged voltage current transformer dc series or ask your own question.

4
Why does the led turn dim gradually and then turn off when attached to a capacitor in series?
0
Step-down transformer AC to DC voltage conversion problem?
0
best way to rectify 30kv flyback output?
0
How to: The basics of transformer VA calculation for voltage regulation using full wave rectification
0
What will happen if I connect a 9v ac input with a step down transformer (80V ac to 24V ac)?
0
tube amplifier build power supply design
0
Connecting primary of two stepdown transformers in series
3
Proof that Delta and Y transformer have the same power?