What is the best way to layout this 4-layer PCB with multiple voltage rails and a large pulse current?

I'm currently working on my first commercial design and this is the final prototype before I finalise the design, so I want to get it as correct as possible. My PCB has 12V, 5V and 2 x 3.3V(digital) and a separate 3.3V(analogue) rails. The reason for having 3 different 3V3 is due to power consumption, I'm using two MCUs and some analogue circuitry so a single 3V3 isn't viable if I need a heatsink. 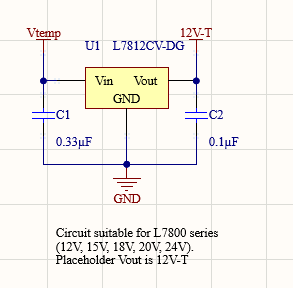 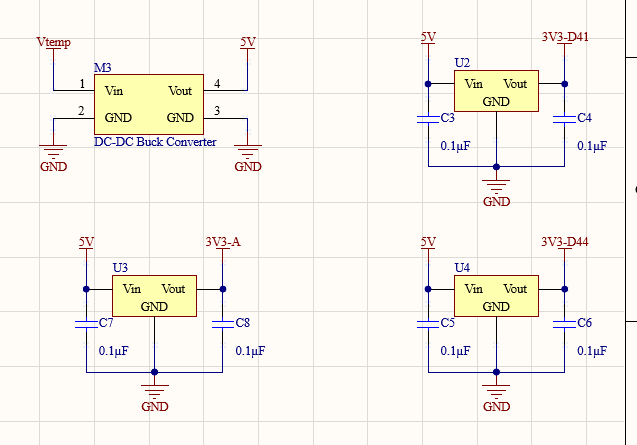 FYI M3 is a DC-DC module with all the caps etc. on it. The final design will have a dedicated switching circuit.

12V-T isn't set in stone yet. This rail will be used for pulsing large current into a coil (1A+) but I may swap out U1 for 15V, 18V or 24V, I need to test experimentally with this board. Vtemp will be +3V from the regulator output depending on which voltage is decided. In this example it is 15V.

This design has a combination of sensitive analogue circuitry, digital circuitry with various voltage requirements and a large current pulsing circuit. I'm limited to a 4 layer PCB due to costs. I'm not splitting the ground plane as the consensus seems to be that there is no consensus and that you can actually make things worse. I intend to simply group all the separate circuitry (except the pulse) into their own areas and have them on the top layer. The second layer would be an unsplit ground. The third layer would be for the smaller voltage rails (5V, 3.3V etc.) and the bottom layer would be my pulse circuit: 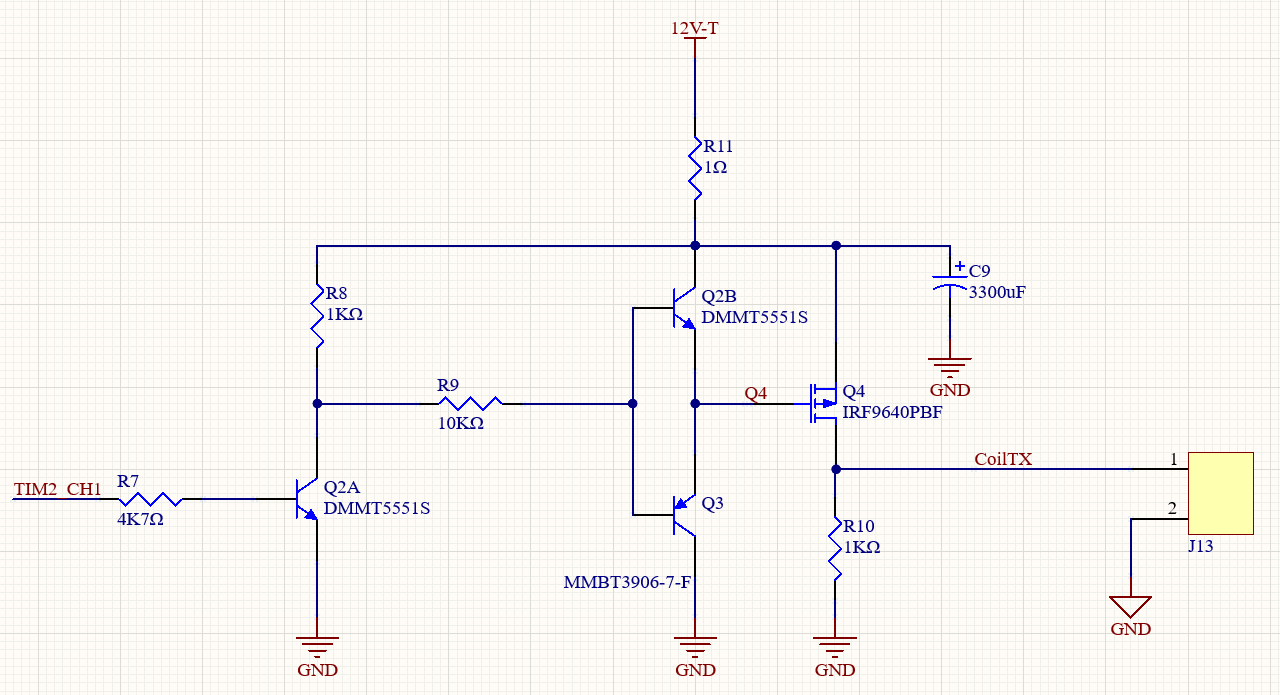 Q2A receives a clock pulse and J13 is a header that connects a coil of wire.

Any ideas or advice would be appreciated. I've already got a good idea of what direction I want to go in but I want some confirmation/advice that I'm not doing anything obviously stupid.

How do you plan to pre-place your "boards"?

First assignments? Example : Two layers for supplies distribution (+5V, GND), as you have some connections... One layer for signals, One layer Gnd1 for ground signals (quasi no current, in general weak current).

Not the answer you're looking for? Browse other questions tagged pcb-design pcb-layers or ask your own question.