Why don't mass-produced LED chips burn out right away?

In a previous post, I was trying to determine if one of the pre-assembled 300mA LED chips shown below could be rigged up with parallel and series resistors to be correctly powered by a 350mA CC power supply. Based on my testing of these pre-assembled boards, the 6 SMD LEDs on the boards are split into 2 parallel 3x LED Series circuits. The intent here is to replace a similar factory-installed LED board, many of which have blown out in a number of lighting fixtures (true original voltage/amperage unknown, but let's assume they were correct for the power supply). The factory wiring in the original fixtures has the LED chips wired directly to the power supply with on other components.

Given the proposed circuit diagram pictured below, it was advised that the 8Ω resistor be changed to 2 resistors, one for each branch of the parallel LED circuit, and much information about avoiding LEDs in parallel was mentioned.

And so the whole thing made me curious - why do the original boards even work at all in the first place, instead of just burning out right away? The parallel LED circuit and absence of resistors seem to provide for a very unstable circuit. The boards are driven by the CC power supply which will limit overall current, but it would still seem that the two parallel LED circuits would be prone to running away from each other and ultimately individually fail pretty quickly.

Original post here if contexts is helpful: Is it OK/Safe to use a parallel resistor to divide current driving an LED chip? 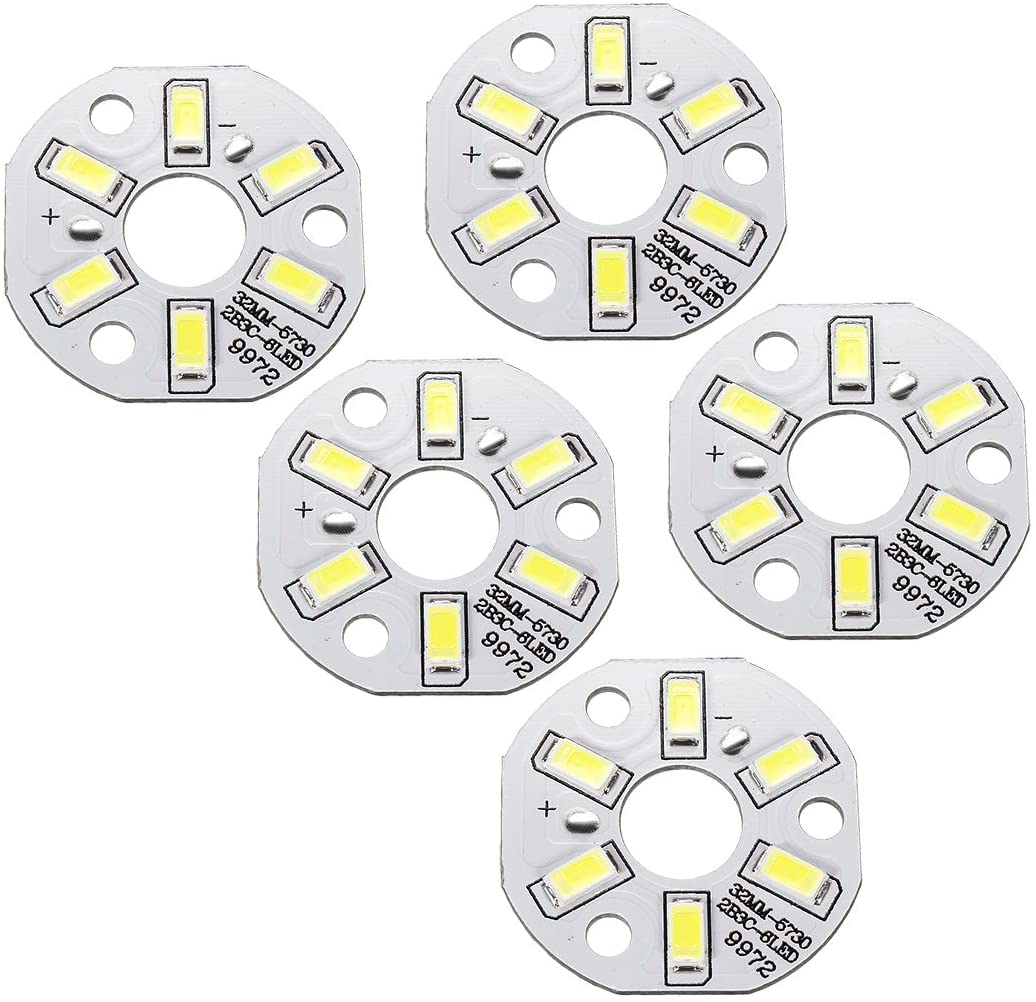 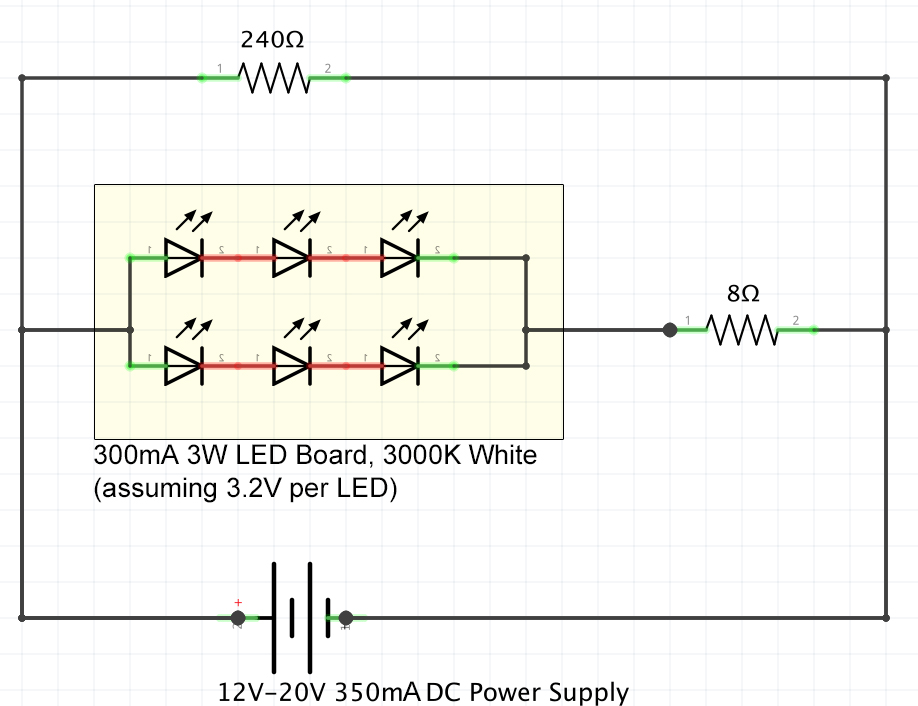 This arrangement is quite common: the metal core PCB keeps them at the same temperature, and if you buy enough LEDs, the manufacturer will sort them by Vf for you, so the current will be shared properly.

Of course with a CC driver, if one of them fails open, the others in parallel will get an extra share of current, so they won't last long. So it's not the longest lasting way to make a LED lamp, but it sure is cheap.

Not the answer you're looking for? Browse other questions tagged led resistors parallel led-driver or ask your own question.

1
Is it OK/Safe to use a parallel resistor to divide current driving an LED chip?

2
Help wiring multiple different colored LED lights
3
How many ohms do you need before you need a resistor?
18
Why did my LED resistor burn while lighting four LEDs in series?
1
Why do different resistors of the same power rating burn out / not burn out?
0
Why is there no resistor in a christmas LED string light?
0
Can I power multiple Constant Current LED fixtures with a Single Constant Voltage Driver?
1
Is this power supply suitable for powering these chip on board (COB) LEDs?
2
Does an LED connected to a C.C. Power Supply require a series resistor?
1
Is it OK/Safe to use a parallel resistor to divide current driving an LED chip?
1
What power supply do I need for this LED driver?