I am building a sensorless ESC which uses low-side shunt resistors to detect current. Good practice dictates that traces of equal length and width be connected from the pads of the shunt resistor into the microcontroller, differential amplifier, etc., like in this picture. (my FET driver has a built-in diff amp). 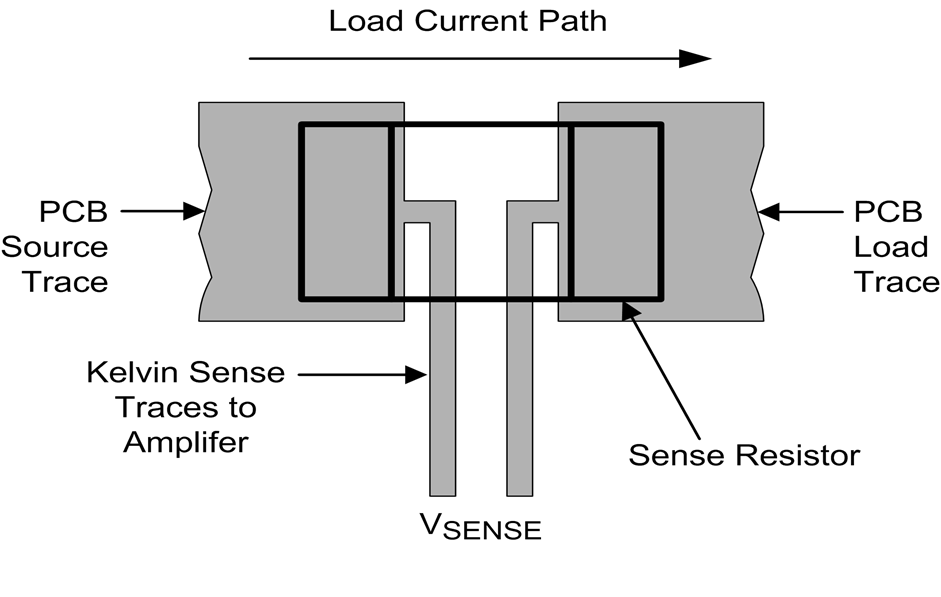 I did this in Altium, but since the negative terminal of the shunt resistor is connected to ground, when I added a polygon pour ground plane, Altium decided to connect the trace to the plane, like this. 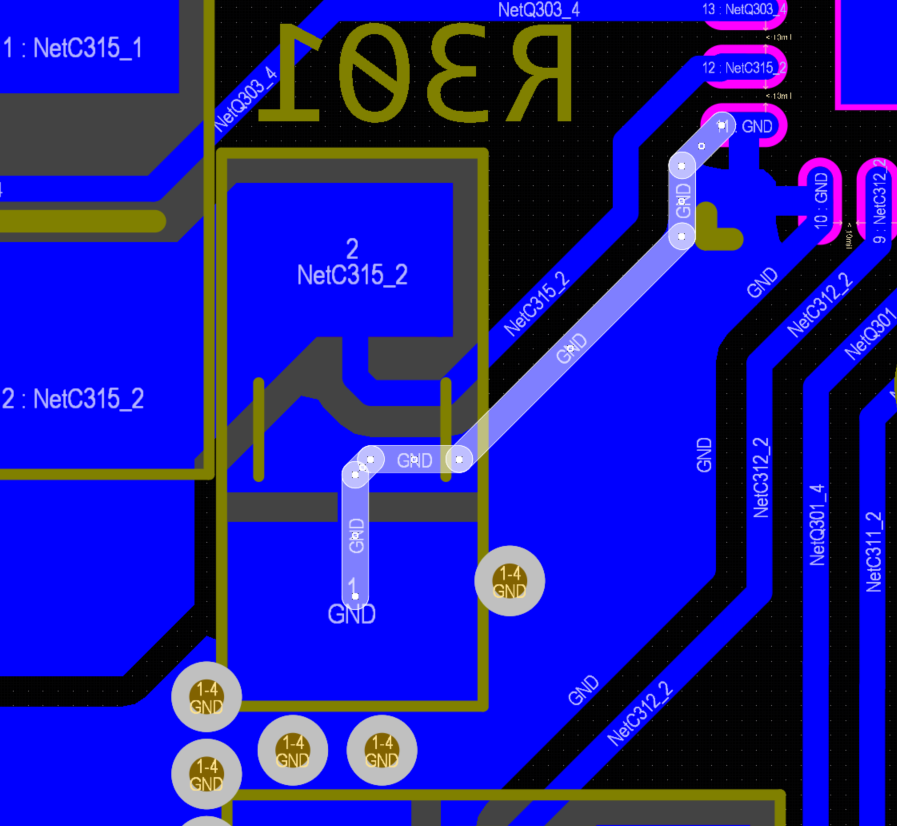 (I highlighted the original trace in Altium to make it obvious.)

Is there a way to avoid altium connecting the polygon pour to the trace?

You need to change the net connection rules of your ground pour. Select the ground plane -> Properties panel. Select some option other than 'Pour Over All Same Net Objects'.

You can also create a 'Polygon Pour Cutout' (Place->Polygon Pour Cutout) around that trace, as changing the above rule might cause things to not connect to the ground pour nicely throughout the rest of your board.

There are a few other ways to separate out connections.

One is a net tie

The other is a keepout trace