What does this schematic diagram symbol represent?

I'm not sure what this symbol represents:

Heres a picture of that page: 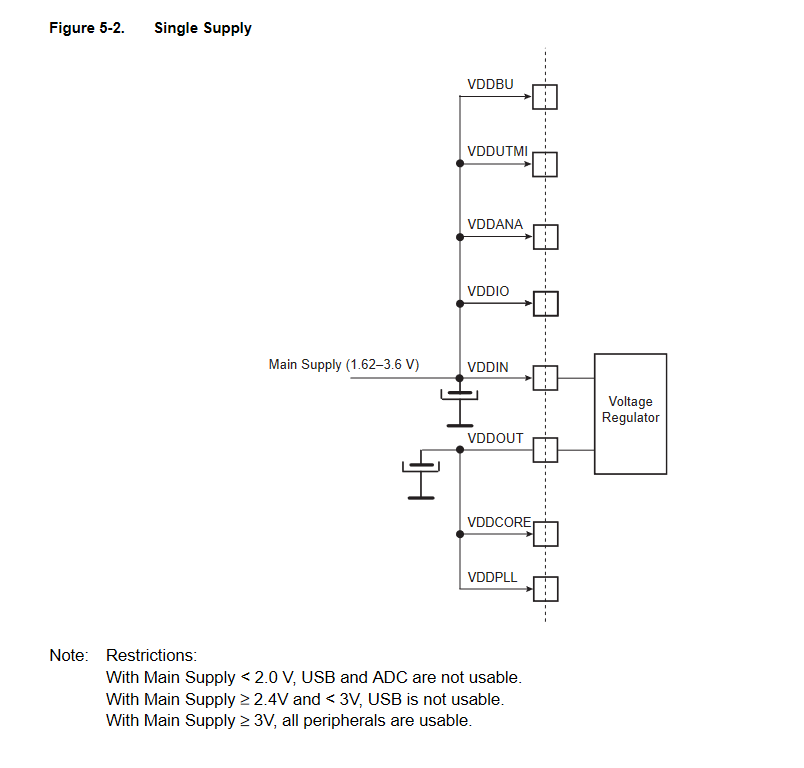 This is one of the ways of representing a capacitor: 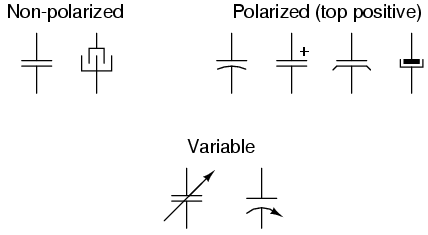 The extra line below is the ground connection.

The image is taken from the link below: https://iastate.pressbooks.pub/electriccircuits/back-matter/appendix-c/

Regarding the datasheet specifically, it is unfortunately another case of "Atmel-quality" documentation. As an example they inconsistently use different symbols for polarized caps across the manual.

Normally, we avoid polarized caps for low values since ceramics are available - far cheaper and far more reliable than tantalum or aluminium electrolyte. So when one draws a polarized cap, it usually means that ESR of that cap is important.

Looking at the unnamed caps in your picture, they are secretly named on p.1089 and specified as:

As suspected by the symbol, ESR is important. There's the following foot note 2 regarding ESR:

Peeking at typical ESR ranges for different cap chemistries at Wikipedia https://en.wikipedia.org/wiki/Equivalent_series_resistance then we see that ceramics likely have much lower ESR than what's specified. Which is normally just a good thing.

Oddly, other SAM parts don't have that requirement. SAMC for example says max 0.5Ω ESR. It might be a newer part though.

So this is where we could probably just use common sense, roll our eyes at the "Atmel-quality" manual and just pick some standard X5R cap. Voltage rating isn't important here, so any 0402 or larger should come with 4.7uF.

If you would rather not gamble but follow the recommendations, then before picking some expensive "low ESR" tantalum (or series resistance), I would contact Microchip support and ask them why their Atmel documentation is being strange yet again. Likely they'll respond that it's fine to use plain old ceramics.

Make sure to also check silicon errata, as always.

Not the answer you're looking for? Browse other questions tagged identification schematics symbol or ask your own question.