I design a High side mosfet 12V switch from isolated 3V3 GPIO on previous post, based on EL3H7-G (C) Optocoupler and STR2P3LLH6 Mosfet but it's alway ON... I don't understand why.

So why my mosfet conduct ? this puzzle me !

Can someone help me to unsertand what happen, what is my mistake and how I can correct this ?

Thanks in advance for your help

I check many time the pinout but perhaps I'm tired... If someone see something strange... 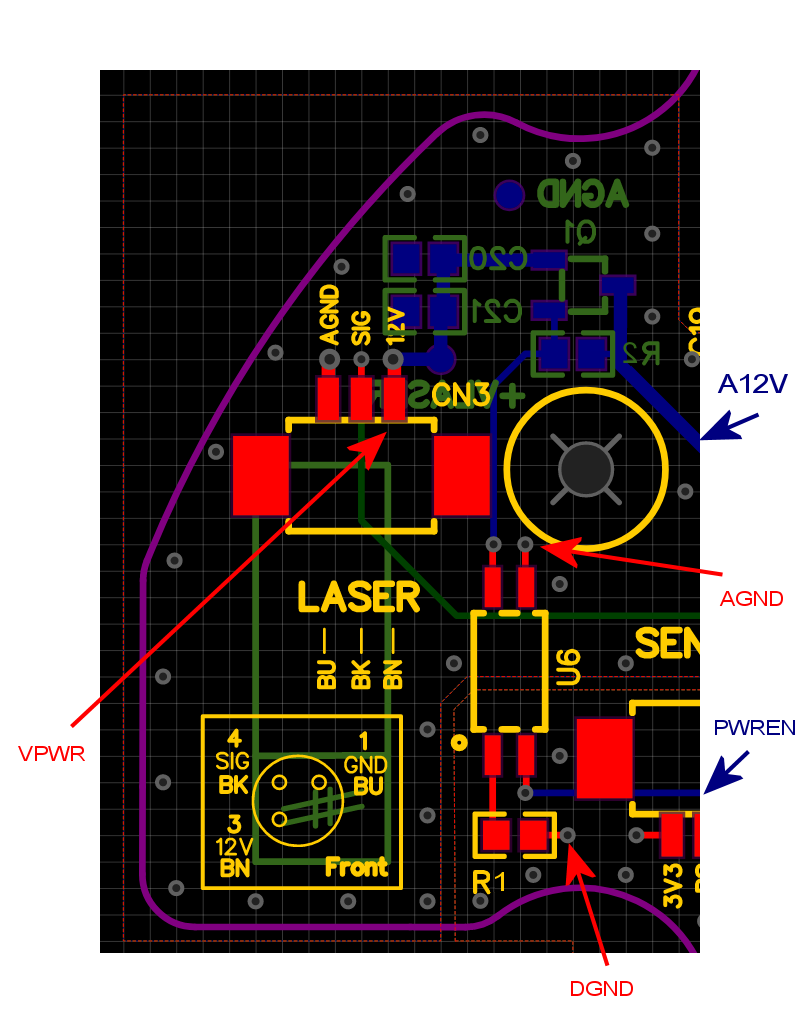 Here is extracted from the STR2P3LLH6 datasheet 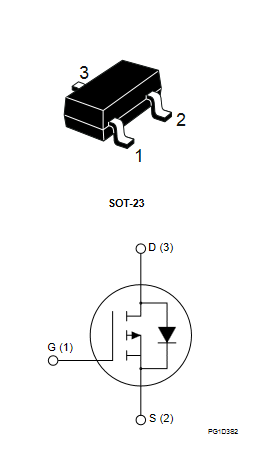 Here is the top, with optocoupler (R3 on PCB is R1 on schematic) 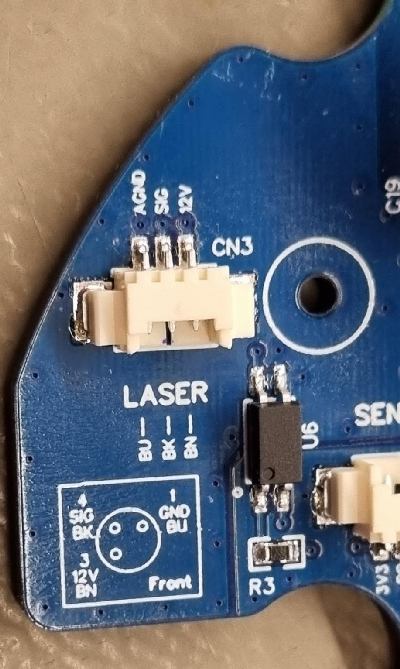 Here is the bottom, with MOSFET (R4 on PCB is R2 on schematic) 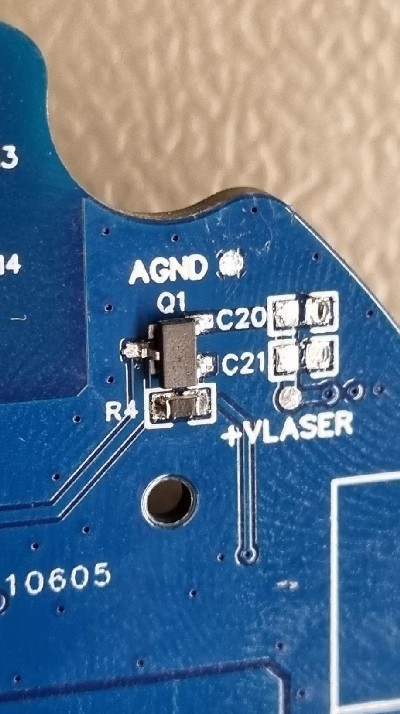 If you don't have drain and source reversed as @John D suggests, it's likely that you have a blown FET. Take a look at the data sheet for the STR2P3LLH6 and you will see that the safe operating area is all below 8 amperes, even for very short pulses of a few hundred microseconds: 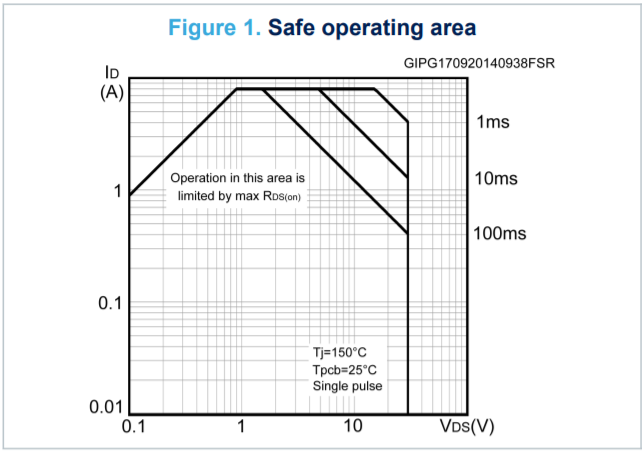 When you turn on the switch you are charging about 5 microfarads of capacitance through the FET's ON resistance of 56 milli-ohms. The instantaneous current when you switch would therefore be many times the current for the safe operating area. I would try replacing the FET with a beefier one or placing a current limiting resistor of 5 ohms or so in series with C20 and C21.

Yes its possible, if the gate has been blown out. Large amounts of current from a gate definitely are the sign of a dead blownout gate. The gate is only nm's thick and it doesn't take much to blow through it with ESD or currents.

(Also if you have high power mosfets that are connected to digital logic, like a processor, it can be wise to insert a buffer in between an expenisve part and a not so expensive part. I've had gates blow out and then take out the CPU, so it's much easier to replace a buffer than a CPU (I have people that like to blow out mosfets in my lab).

Not the answer you're looking for? Browse other questions tagged mosfet opto-isolator high-side or ask your own question.