The circuit has two resistors in series (R15 and R16) which are both 4.7kohm and that I thought were originally part of a voltage divider. However, R15 connects to a microcontroller which has very high impedance so almost no current is flowing through this branch.

Any insight would be appreciated. Here is the datasheet, the circuit was taken from page 28. 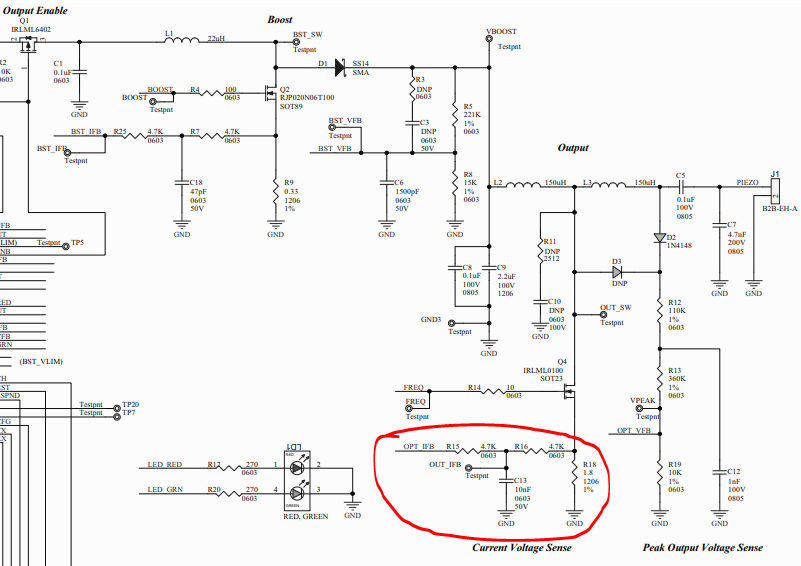 I'm not sure about R15, but R16 and C13 form a "special" kind of low pass filter called a leading edge blanking filter. R7 and C18 do the same job.

Whenever the MOSFET turns on, a sudden spike of current flows through the MOSFET and the current sense resistor (due to the parasitic capacitances of various components around the MOSFET). This spike has the capability of triggering the current limit circuit and closing the MOSFET, which is unwanted as the inductor current (which is the current that needs to be limited) doesn't contribute to the current spike and it causes the MOSFET to be turned off prematurely.

The leading edge blanking filter is designed to have a cutoff frequency well above the switching frequency so as not to attenuate or average the true inductor (or switch) current but to just "blank" or suppress the initial current spike.

Take a look at the voltage across the current sense resistor in this simulation: 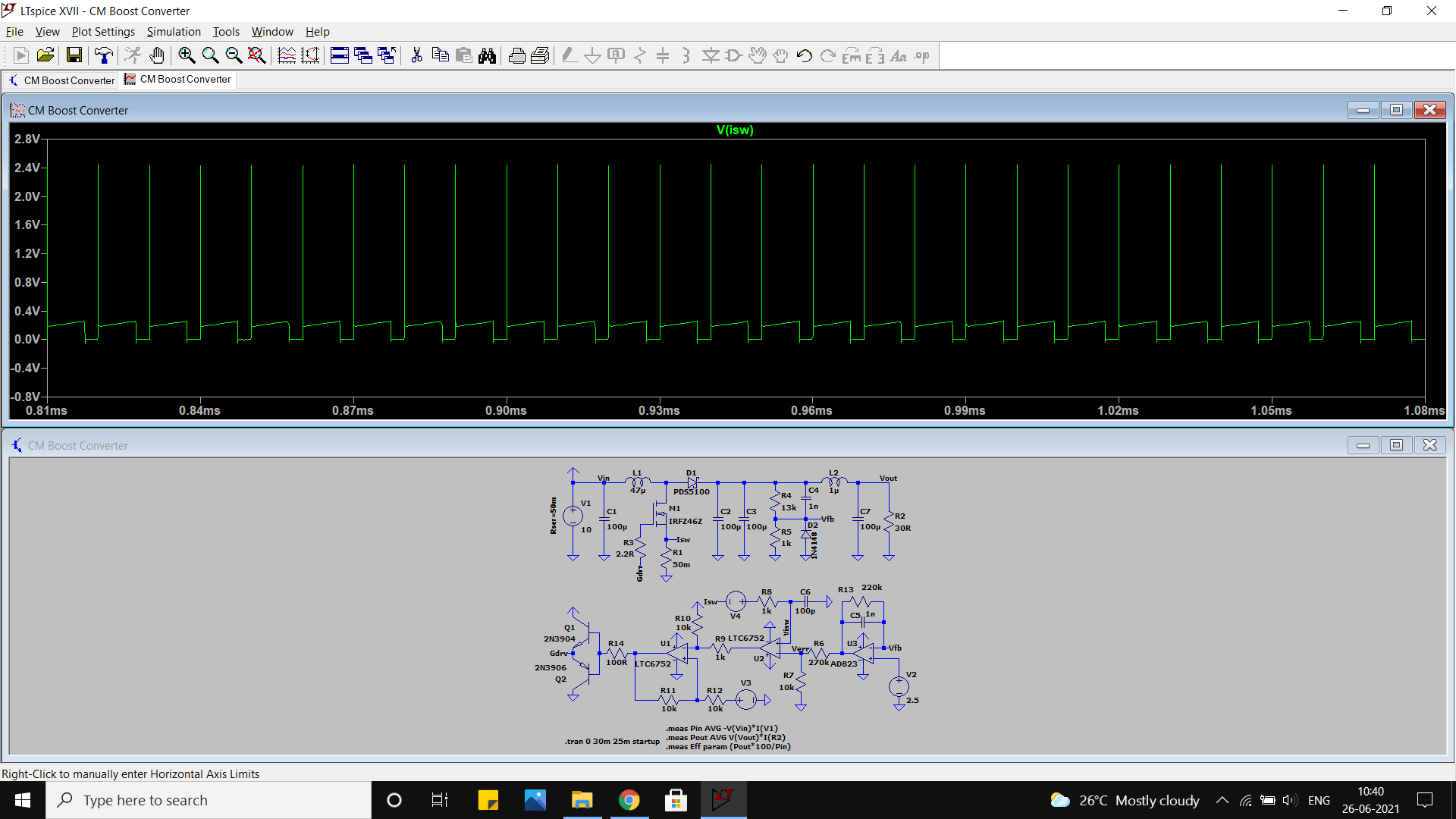 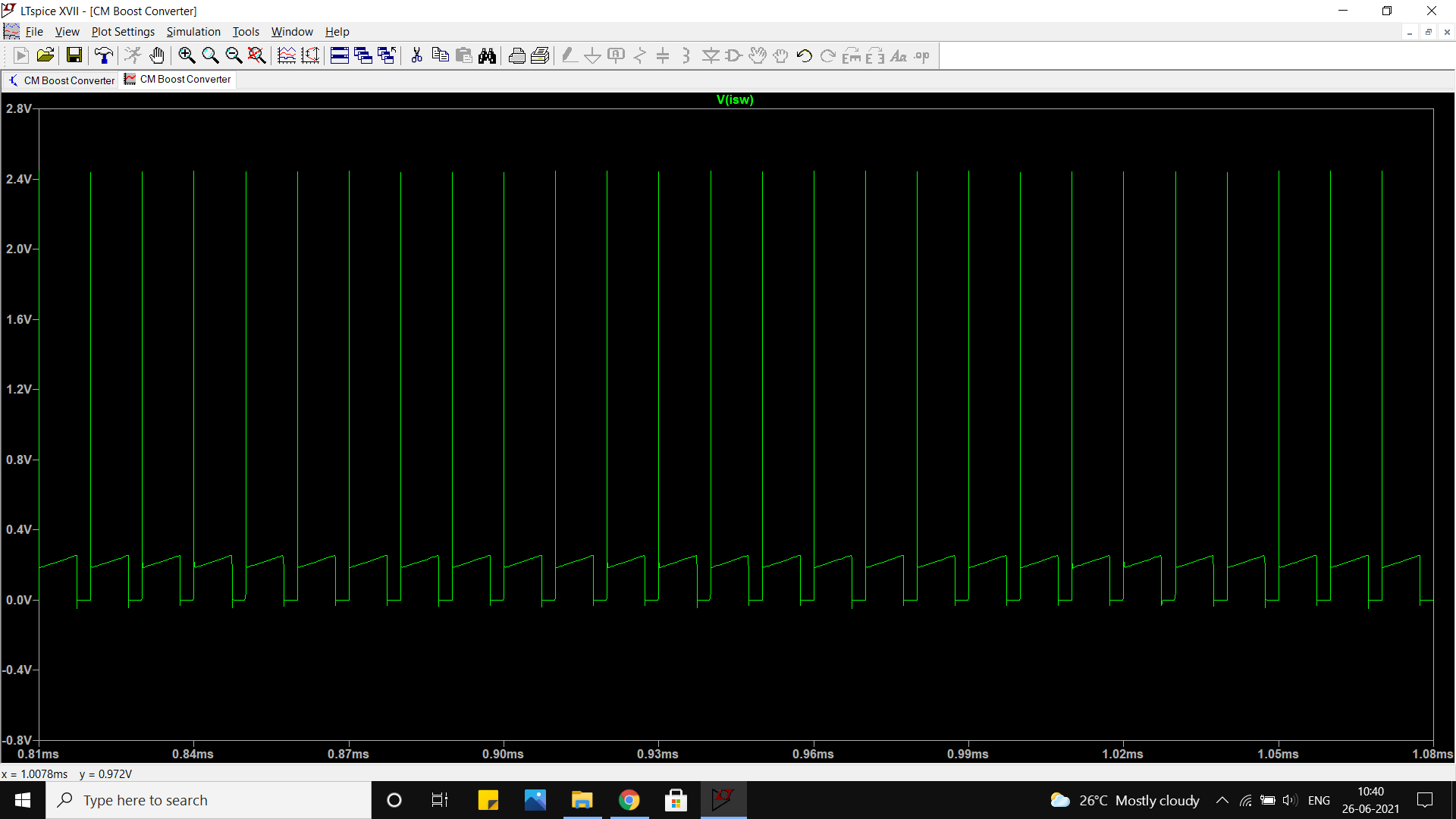 As you can see, there is a huge spike cause by a sudden flow of current through the current sense resistor due to parasitics.

In the picture below, you can see the effect of the leading edge blanking filter: 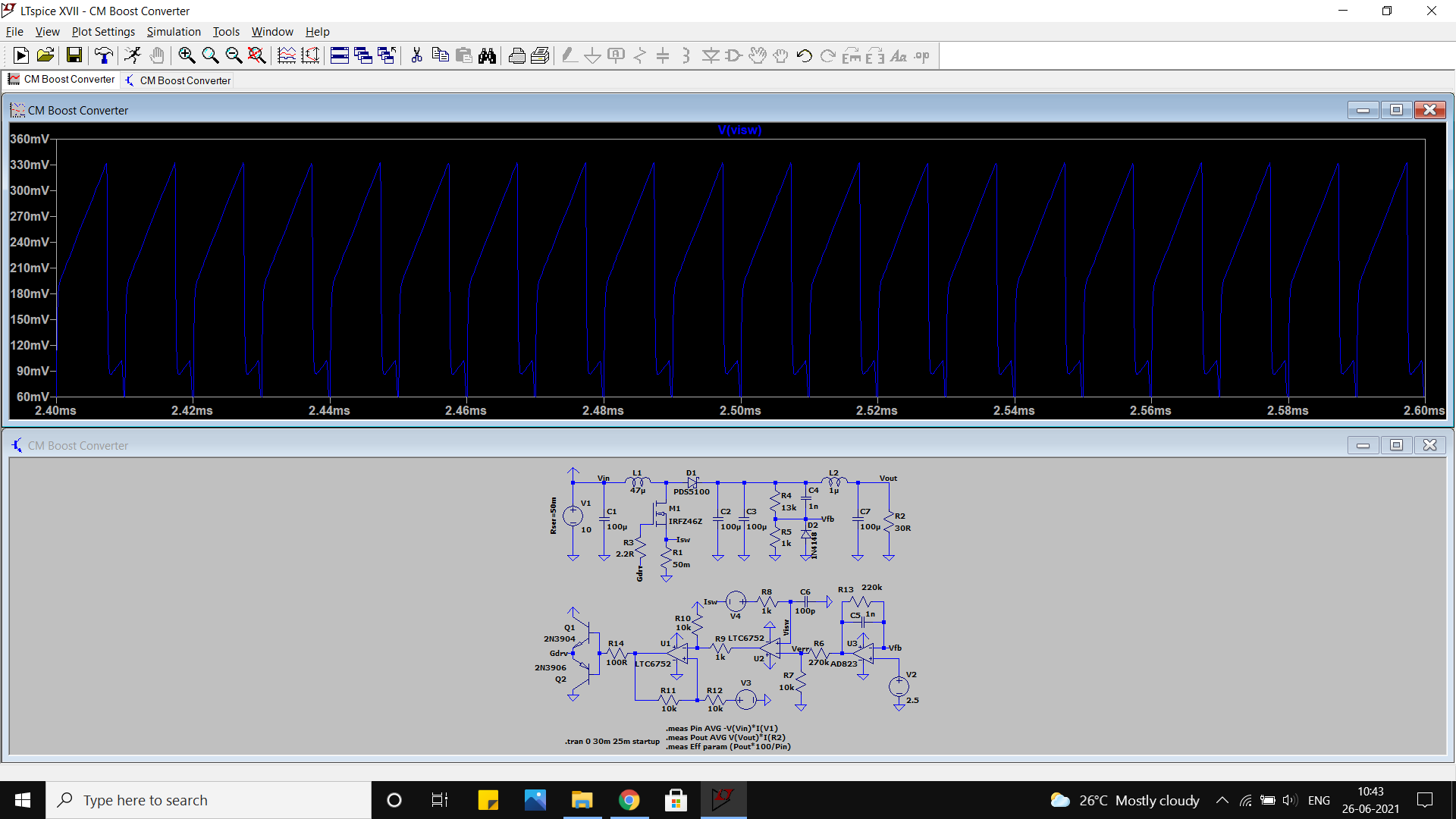 and here's a closeup: 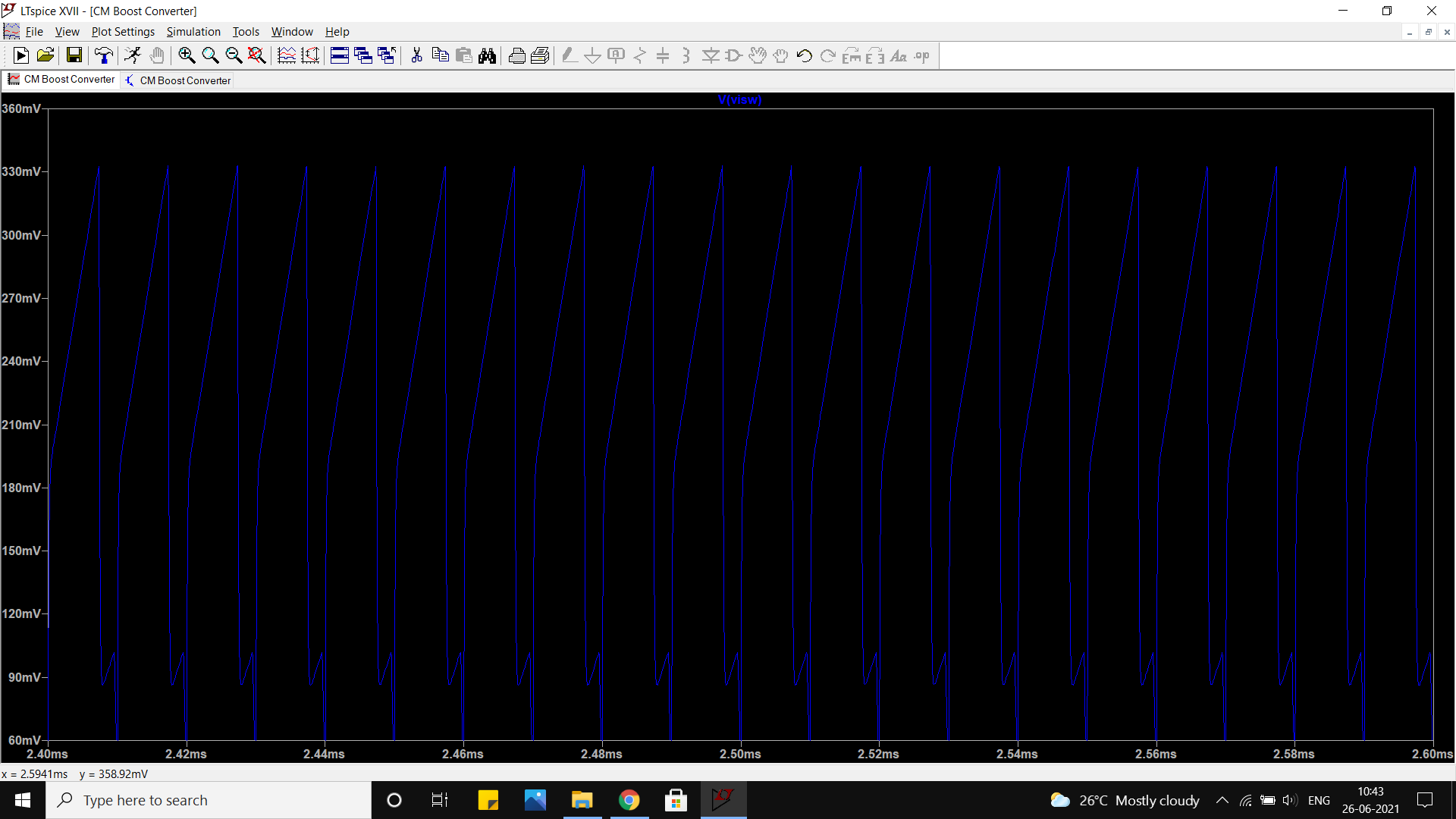 You can clearly see how the filter removes those spikes.

You're measuring the voltage across R18 to determine the current through R18. You're right in that C13 and R16 form a low pass filter, effectively averaging the current reading. Based on the OPT_IFB label, I suspect that C13 and R15 also form the same kind of LPF, but filtering an optional current sense and adding the results. You don't say where it connects on the uC, but it may be an ADC to read the voltage or to a DAC which could optionally adjust a threshold or provide data from other sensor as current feedback.

Not the answer you're looking for? Browse other questions tagged current circuit-design filter boost feedback or ask your own question.