Forgive my ignorance and if this question has been asked before, but I cannot find it asked anywhere else, please read carefully before telling me it has been asked already. 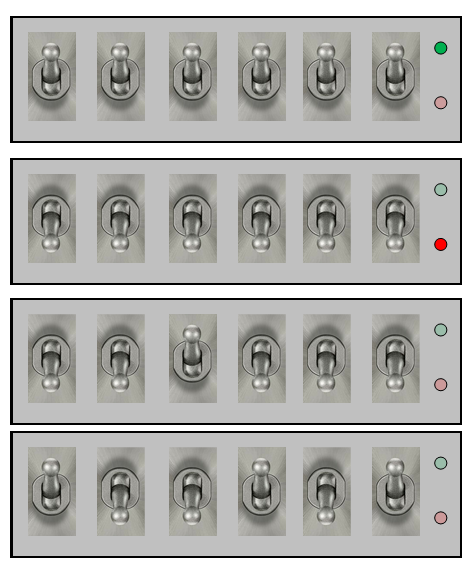 A SPDT On-On Switch like the one pictured seemed appropraite... 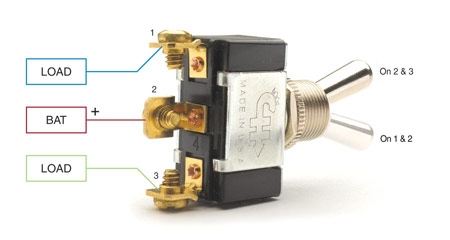 ... until I realised that wiring this up in series wouldn't work because it wouldn't make a difference to the next switch in the circuit which position the previous switch was in, but maybe I just need someone to explain some clever wiring to make that work.

I hope this isn't too basic a question, and someone can help.

ErikR's solution is nice because current only flows when a LED is lit.

But if you're willing to dissipate power, even when LEDs are OFF, this works with a simpler switch type outlined by OP: 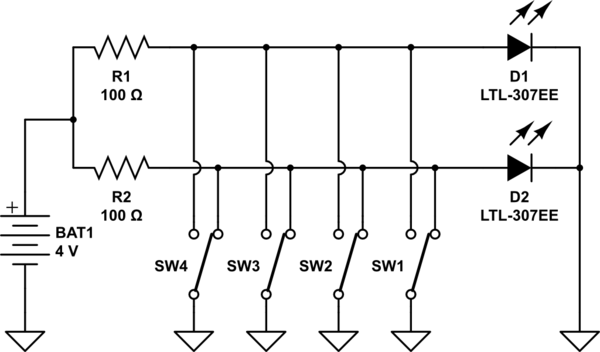 0
Independently toggling two series switches to multiply two pwm signals
1
How to connect a large number of multi-throw switches efficiently?
2
How can I read an large array of switches with some microcontroller?
0
Momentary Push Button Toggling Pairs
0
Connecting Led in Series with Parallel Switches
1
LED Circuit design (4 switches, 1 potentiometer)
1
How to wire a normally open switch to a recoil start engine with no external battery?
1
H Bridge Using Momentary Switches