Can a detachable terminal block be problematic for a 433 MHz whip antenna?

I have this board at hand: 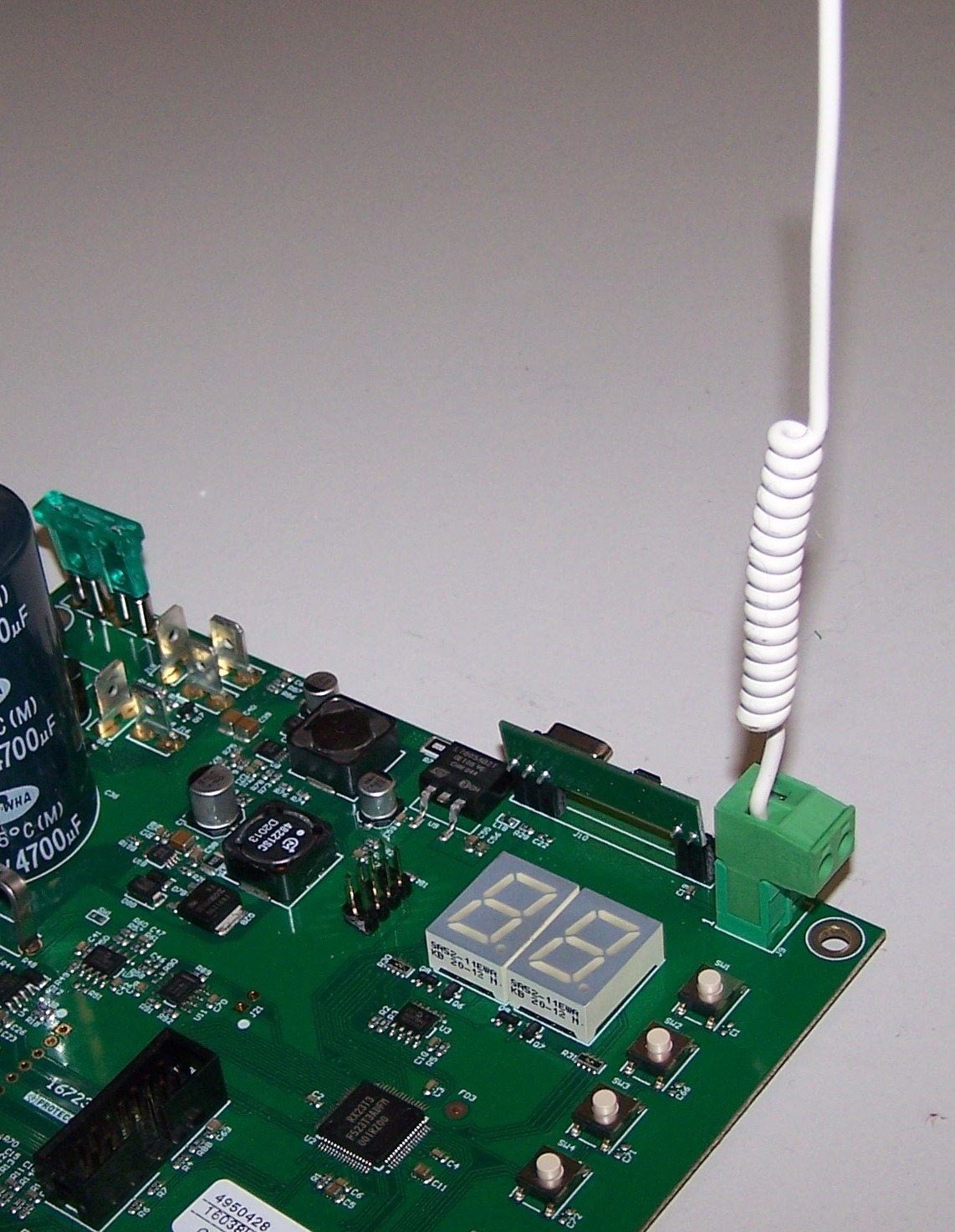 It is a gate opener, so it is installed outdoors.

The board has a 433 Mhz receiver, whose antenna goes to a 2-pole terminal block.

Normally, a simple whip is used but, having the terminal block, one can also remove the whip and connect a different antenna using an RG58 shielded cable.

A friend of mine, having seen this board, says that the detachable terminal block will give a lot of problems because of the small signal at radio frequency it has to conduct.

I tried the board and, at the moment, it performs fairly well. Maybe after some time, being installed outdoors, the contacts can wear, or oxidize, so the radio signal gets weakened by the terminal block?

I know there can not be a definitive response. I've seen that those detachable terminal blocks have generally no problems, at least with signals ranging from +5V to +24V, but I never thought about weaker signals at radio frequency.

Has someone more experience than me about this potential problem? 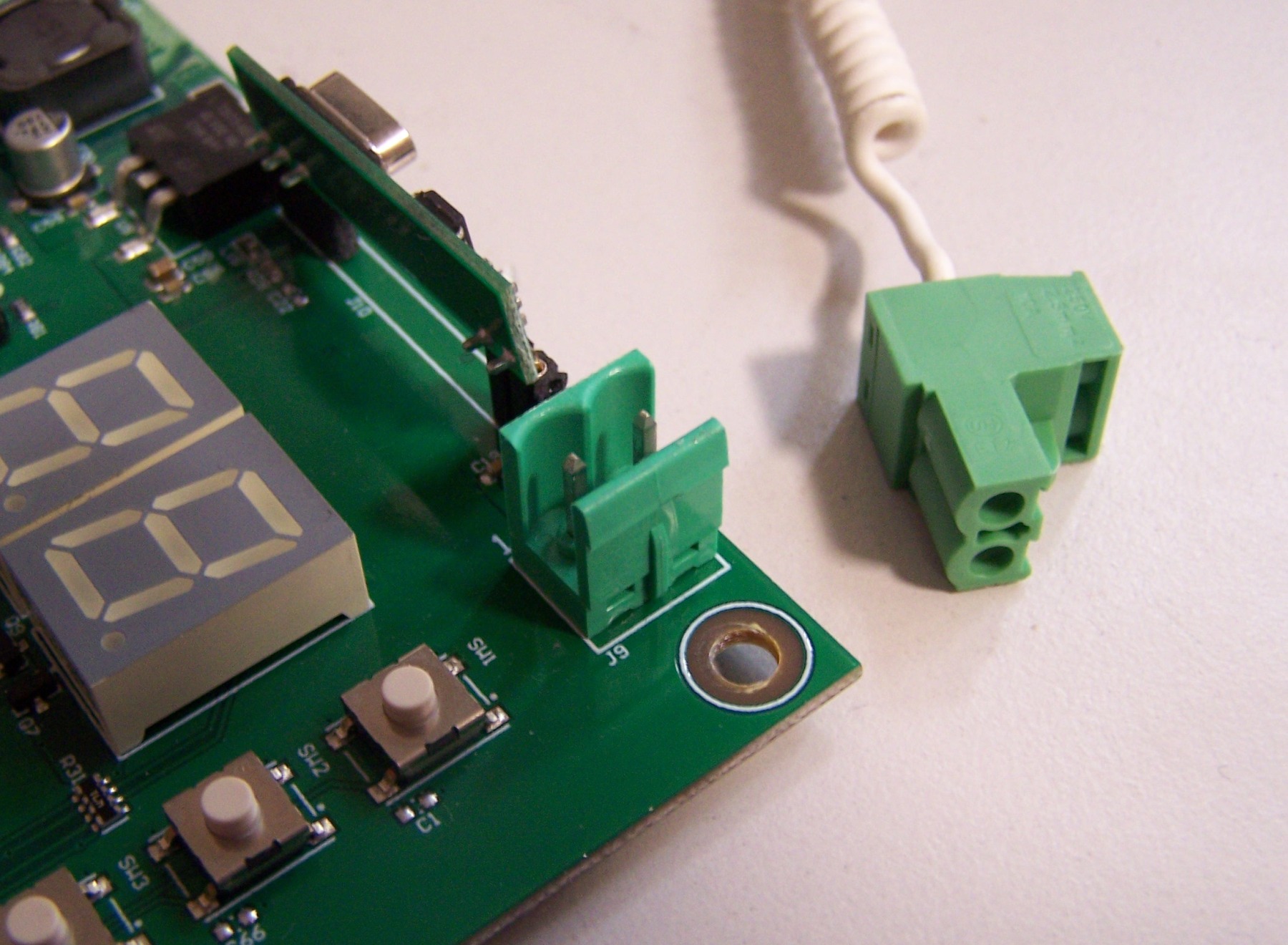 The only real issue I can see is weatherproofing - and absolutely nothing to do with RF. It is a small signal connection, and if it is weatherproof enough for the proposed environment then it is fine.

As far as the impedance matching comments go - look at the antenna! It's clearly a low power radio link where the antenna, typically installed by a non-RF person, is a length of hookup wire that usually works, and if there is a problem them read the manual and try a different length / orientation. This reminds me of the receiver on my garage door opener which is mounted near the ceiling of my garage. This works at 300MHz, the receiving antenna is a length of hookup wire hanging from the unit, and it is connected to a screwed connector block. It has worked fine of over 20 years. I've never felt the need to convert the connector to SMA.

Even if the contact forms a thin non-conductive oxide layer, the proximity of the two contact halves will produce a capacitance of a few pF (worst case).

At 1 MHz, a 1 pF capacitor has an impedance of 159 kΩ. At 433 MHz the impedance is 367 Ω and could be fairly problematic so, if you want to know what the capacitance is likely to be; make an approximate estimate based on mating surface area and thickness of the thin oxide layer that might form. It might be several pF and, this is less likely to be a problem.

A friend of mines, having seen this board, says that the detachable terminal block will give a lot of problems because of the small signal at radio frequency it has to conduct.

Yes that's correct, you shouldn't use regular terminal block connectors for RF signals since that might screw up impedance matching and lead to signal losses (giving worse signal) or standing wave phenomenon (could cause electronics to break or misbehave). The antenna also needs to be attuned to the carrier frequency or it will cause similar issues. Oxidation will only make things worse.

This board wasn't designed by a professional RF designer. If so, there would be a 50 ohm antenna connector such as for example a SMA one.

You could ask the manufacturer to provide their third party test protocols EN 300 220 compliance to see if it's a legal radio or just "certified by Ali Baba".

Not the answer you're looking for? Browse other questions tagged antenna terminal-block or ask your own question.