How does power factor show itself in this data from sensor readings?

Suppose I have a single phase system and I have a sensor attached to to measure both voltage and current. The sensor samples for 50 kHz and the data is saved to a file.

When we then graph out the file we get something like this:

In the beer analogy, power factor is equal to true power multiplied by apparent power. Since the units are in kilowatts I suppose we have to multiply the voltage reading with the current reading.

What is then the result when we multiply the current and voltage data? Is it true power? Apparent power?

I doubt that it is apparent since I have read that establishments are billed for power factor. If the result is the true power, where is the reactive power on the graph? If the result of the multiplication is already the apparent power, then is the meter incapable of reading reactive power? I don’t think so since there are digital meters and they should have information like the graph above.

I find the most illustrative way is to get an out of phase V and I graph, and multiply them together to get instantaneous power graph. 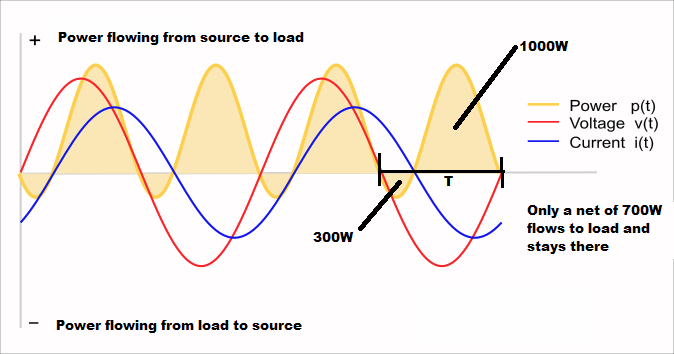 In the power graph, everything is real power flowing in one direction or the other at any point in time. You can see sometimes positive, sometimes negative.

Here is the illustrative part:

It's all real power flowing in the end, but not always is it being dissipated to do work. The difference between the two tells us the real power actually being supplied or generated.

You can see over time some power just flows to the load and back again, doing no work but still consuming ampacity. This is the reactive power. It's the power flowing from source to load which has an equal amount of power flowing from load to source with which to cancel out.

If you average the power graph over some time interval, to get a single average power number, that is the same as the real power (or net power) delivered or generated.

Apparent power is the maximum real power delivered we would get if we fiddled with the phase alignments and is just used as a reference number (the theoretical best). Power factor is a measure of how close we are to that number with our power delivery.

What is then the result when we multiply the current and voltage data? Is it true power?

I doubt that it is apparent since I have read that establishments are billed for power factor.

In the beer analogy, power factor is equal to true power multiplied by apparent power.

No, power factor is true power divided by apparent power.

Additionally, the beer glass analogy has to be treated with some caution because the level of foam plus the level of beer aren't linearly related to their equivalent powers. You need to use the power triangle to understand that and not some beer-driven (and quite possibly drunken) linear addition: - 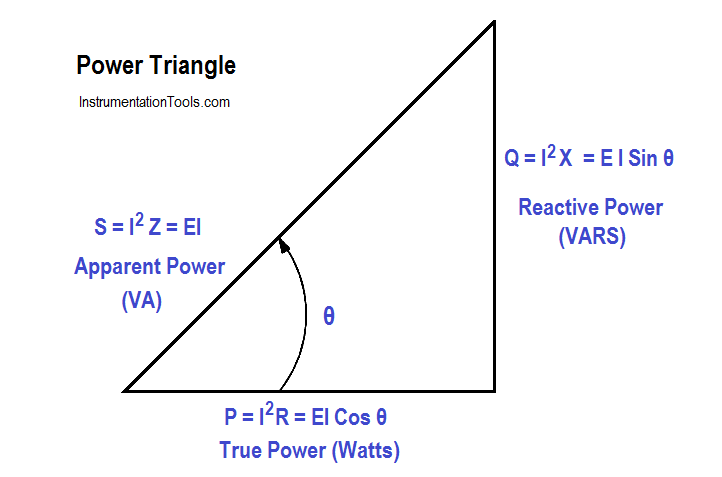 Pythagoras is the trick and not a linear sum of quantities in a beer glass (despite it being a very, very nice drink when watching certain UEFA Euro quarter finals on the TV and usually at all other times except breakfast).

what do electric companies bill you for

They measure current and voltage simultaneously. If they didn't the measurement would have a small phase angle error and the reading could be wrong.

what is that number on the meter

What meter, what setting, what number?

Footnote about power waveforms based on \$v\cdot i\$ and different phase angles: - 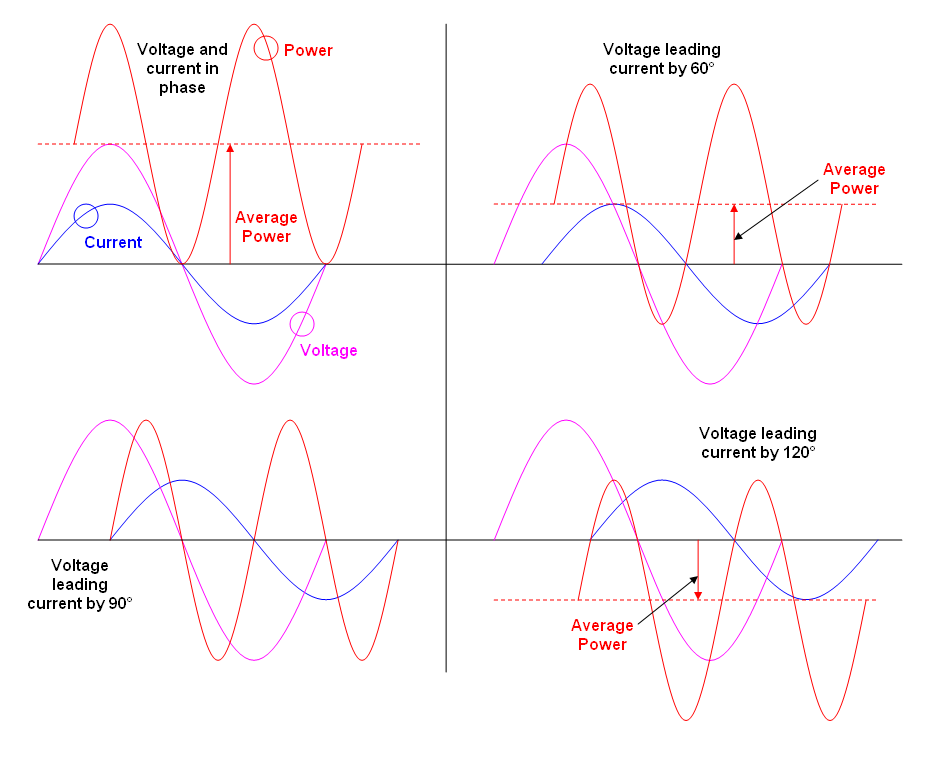 I suggest you read them to get a wider perspective.

makes sense that you are going to be billed by only the positive side of the graph( real power).

Not the answer you're looking for? Browse other questions tagged power meter or ask your own question.

2
Is it true that the average of the product of current and voltage is always real power?
3
Given the current and voltage of a consumer electronic device, how to calculate its power draw?
2
What's the most economical way to digitally measure 240V mains voltage, current and power factor?
1
What is meant by average power in AC circuits?
2
Measuring power with a current transformer
0
Can Average Power of a 3-Phase AC motor be calculated from Mean Current & Voltage RMS from each winding?
0
Calculating Energy Consumption Using a Current Sensor and Voltage Sensor
1
Single phase energy meter measurement

18
How do I protect SD card against unexpected power failures?
11
How to calculate Real Power and Power Factor using an Oscilloscope?
0
Question on Harmonics and Power factor
1
Complex power calculation across parallel loads
2
Power factor correction consequences
4
How do reactive currents cause power transfer?
1
Apparent power calculation of different loads for transformer sizing
0
How to measure True Power (Not Apparent Power) consumption in Alternating Current using ESP8266-12F Microcontroller?
2
Power Factor in Switched Circuits
0
Lighting System in terms of its efficiency and consumption