Well I have read that capacitor acts as a short circuit when it is first connected to a source
and large surge or inrush current can flow through the circuit.This current may damage the capacitor or other components So to limit this current, a resistor is connected in series with a capacitor.

I studied the operation of series RC circuit.Now when i googled it, I found RC parallel circuit.Something like this below

I expect the practical RC parallel circuit is like I have shown you below. To limit the surge current its a must to put a series resistor with a capacitor. 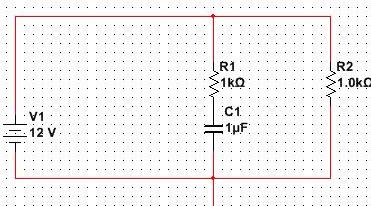 So kindly let me know is it necessary to put a series resistor with a capacitor.Let me know which one of the above circuit is right.

The first circuit in your question only exists in badly designed homework problems.

In the real world there are no ideal voltage sources. They have series resistance. Or if they're located far from the point of load, there's a series inductance between the source and the load. This is the scenario where a parallel capacitor is useful.

Combined with the voltage source's parasitic resistance, the parallel capacitor provides filtering and reduces noise at the load.

Also, for more complex loads than the simple resistor in your circuit, if the load current varies (for example if it's a digital logic chip with it's outputs changing state), the parallel capacitor can provide the necessary current, which the voltage source may not be able to do because of its parasitic resistance or inductance.

okay, so do you need a resistor in series with your capacitor?

But there are instances where it is used.

One is, when you have a very large capacitor value and you need to limit the inrush current when the voltage source is turned on. In this case you often use a negative-tempco (NTC) resistor to limit resistance during the initial turn-on, but have low loss once it is heated up by current through it.

Another case is that sometimes an RC can be more effective at suppressing noise than a simple capacitor, because the capacitor itself cannot take energy out of the circuit --- it can only store it for later. The series resistor can actually dissipate energy from the circuit.

13
What are the behaviors of capacitors and inductors at time t=0?