What is the purpose of oscilloscope-probe-to-BNC adapters?

What are these adapters used for? 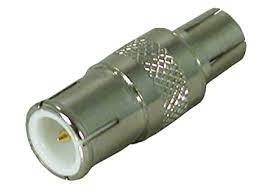 They fit over the tip of a passive oscilloscope probe, like this: 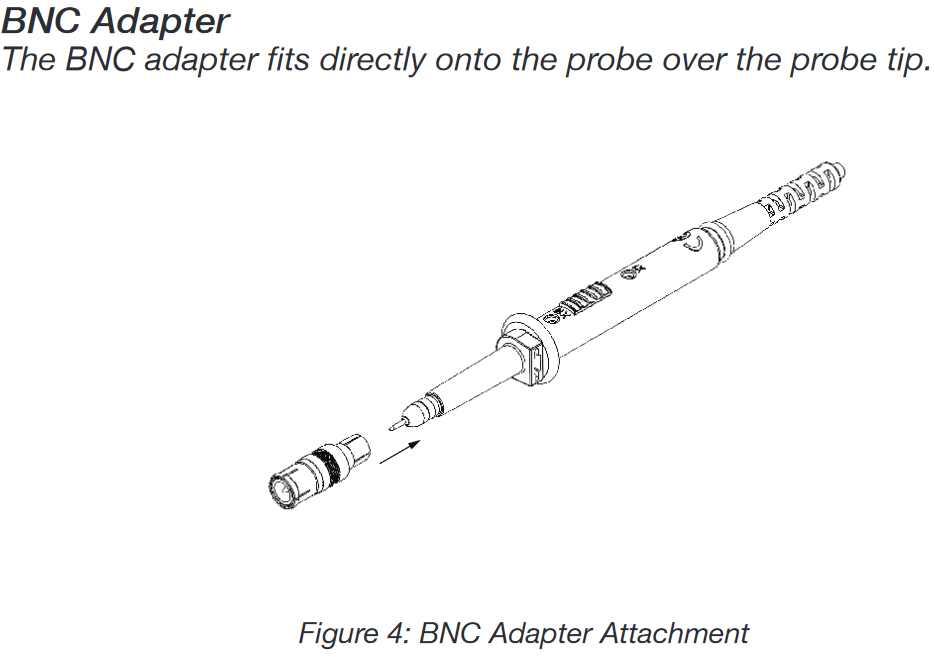 Why would you want to do that, rather than just running a BNC cable directly to the scope?

Ideas that I could come up with:

I use these quite a lot. When making a circuit where any high-frequency signals need to be measured with minimal disruption to the circuit, placing a cheap BNC jack as a test point is a very easy way to get a good solid connection to the probe. It also provides better ground integrity than the traditional ground spring (and far better than the grounding clip that's basically an antenna), and better mechanical stability--you can insert the probe and leave it there without it falling over or straining anything on the board. Handy when you have three or four different points that all need to be probed at once, and you don't have three or four hands to hold them all!

If I were to use a BNC cable here instead, the cable's capacitance would create a major problem--I'm trying to measure high-speed events, and adding so much capacitance would ruin the signal. So instead, I use a scope probe, with its high input impedance; 10 MΩ is typical of a 10x probe, with 9 MΩ of that being located right at the tip of the probe. This isolates the cable capacitance from the circuit well enough for the measurements I need to take.

But if a 50R termination is not allowed, why would there be a BNC connector in the first place?

Because I'm designing the circuit, I know I have these adapters handy, and I put a BNC jack there specifically to use them. I usually add something on the silkscreen to the effect of "high impedance scope probe only", because plugging in a cable there would ruin the circuit characteristics.

BNC seems like a weird choice for a connector [for high voltages].

You're right, it is. And that's not what I would generally use these for, though I have used them for high voltages when there was really no other option. It hasn't broken yet, but I'm definitely using the parts outside their ratings. It's an acceptable sacrifice in pursuit of science.

One further use: connecting to BNC T-splitters to measure a signal going between two devices:

Connecting another 50 ohm terminated cable would make the total termination impedance 25 ohms, and would in any case cause reflections at the point of the splitter. But connecting a high-impedance oscilloscope probe has minimal effect on the 50 ohm line.

(An alternative way is to connect the splitter directly to oscilloscope input, and run the cable through it to the actual destination. Then the effect of the short branch to the high-impendance oscilloscope input is minimized. But using a scope probe can be more convenient.)

One common use case: Quickly verifying the d... function/arbitrary generator - which might not even be able to drive 50 ohm lines properly; or, you might want to see what it is doing with a high impedance load! - is doing what you think it is doing, without switching your whole probing setup for a 50 ohm terminated cable...

Also: Calibrating probes with some other source than the built-in generator of the oscilloscope.

Why would you want to do that, rather than just running a BNC cable directly to the scope?

More about the characteristics of oscilloscope probe cable can be found in this article by Doug Ford.

Note that some scopes have an optional low impedance (typically 50\$\Omega\$) input which allows the scope to accept inputs directly from coax, for example to monitor a LISN.

Not the answer you're looking for? Browse other questions tagged oscilloscope adapter bnc or ask your own question.