Why am I getting a sinewave output from a buck converter with an input of square wave?

It seems the capacitor is slowly charging to the input peak, and the inductor current is changing based on the difference between input and output voltages.

So in practice, how can a buck converter manage to keep the voltage at average value? 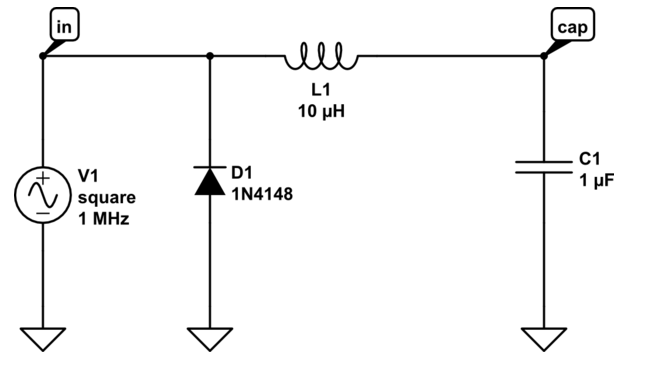 What you have drawn is a buck converter but, more specifically, it's called a synchronous buck converter. The 1N4148 diode brings nothing to the party. These types of buck converter have extremely low losses in the energy transfer to the tuned circuit (a clue to why your output is oscillating).

Also, you have no load on the output hence the Q-factor of the LC circuit is infinite and, the capacitor voltage will continue to oscillate forever. This is what happens with tuned circuits without damping. You apply a step input (be it pure DC or PWM) and the output continues to cycle up and down for all time.

Add a reasonable output load and watch the output voltage stabilize to a constant value. For the values chosen (10 μH and 1 μF), with a 100 Ω load, the output sinewave will decay like this: - 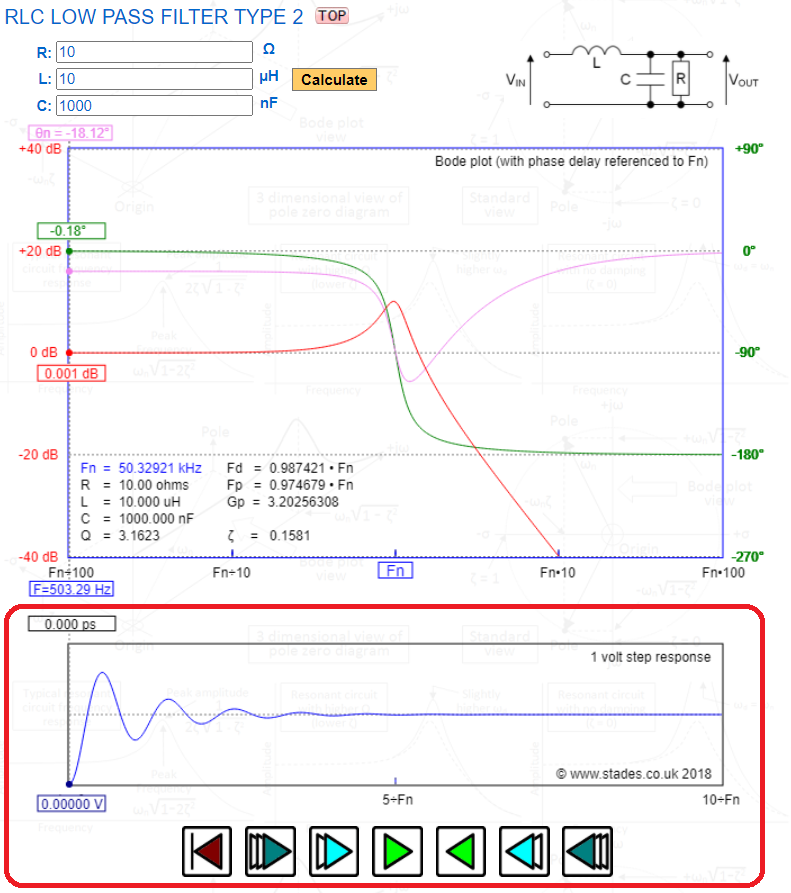 A mechanical analogy is turning on a motor that is driving a flywheel via an elastic rope. The flywheel starts turning slowly at first (as the rope starts to twist) but, eventually, as more twists in the rope occur (producing more transmitted force), the flywheel reaches the same speed as the motor.

But now, the motor speed is half the flywheel speed and, this situation begins twisting the rope in the opposite direction. This slows down the flywheel until eventually (and momentarily) it stops spinning. The elastic rope is fully untwisted again and, quite naturally, the process repeats forever. Of course, mechanical losses cause the flywheel speed to eventually become constant just like adding a resistive load to your circuit (as recommended).

The schematic as drawn right now is not a regular buck converter. The voltage source is not representing the switched MOSFET correctly. The MOSFET in a buck converter is either on or off, but never actively providing zero volt at your "in" node. You also need a load on the output as described in Andy's answer. Just have another look at the buck equivalent circuit:

What you actually build here is nothing more than a regular LC filter with a cutoff frequency of about 50 kHz.

Not the answer you're looking for? Browse other questions tagged power-supply inductor buck or ask your own question.