It became very hard for me to understand the concepts associated with buck converter waveform. What is the role of capacitor in its output terminal? Is it used for smoothing the voltage ripple? Why input current is not zero since inductor block it when it gets powered on and gradually gets increased? enter image description here 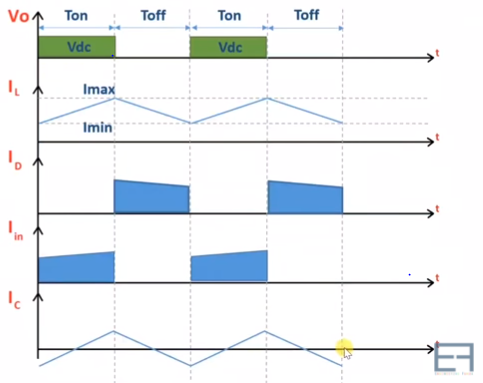 The capacitor serves a couple of purposes:

The key point to understand is that the inductor is the primary energy storage and transfer element in the supply, not the capacitor. In its role of transferring energy, the inductor is in one of two states:

The voltage emerging from this store-and-release cycle is smoothed out by the capacitor. It forms a high-frequency bypass path for the inductor current ripple, that ultimately goes back to the inductor. The smaller the capacitor, the more the ripple.

At this point I'd like to introduce you to the Falstad circuit simulator. This online tool allows you to create and share visual, interactive simulations that give a 'hands on' feel for circuits as they run. Unlike SPICE and its derivatives, you can dynamically alter the component values without having to restart the sim each time.

Try modifying the inductor and filter cap values and see the effect on the ripple.

Note also that there's a party trick going on: bootstrapping the high-side n-FET gate drive. This technique creates a voltage that's above Vin to control the gate, using the inductor switch waveform as a source of AC. It's why you see some regulators that need a cap to a 'BOOT' pin: they using a high-side n-FET and thus need to make that voltage

And here's another party trick: synchronous switching. This replaces the lossy catch diode with a low Rds(on) FET (simulate it here): 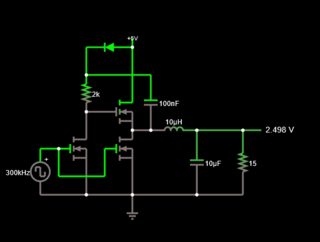 This technique improves efficiency, as the low side FET has a near-zero IR drop, compared to the forward voltage drop of about 0.3V for even the best Schottky catch diode.

Why input current is not zero since inductor block it when it gets powered on and gradually gets increased?

In CCM, the inductor current never drops to zero. Hence the name 'Continuous conduction'. That's why there is some non-zero current flowing through the inductor when the switch turns on. 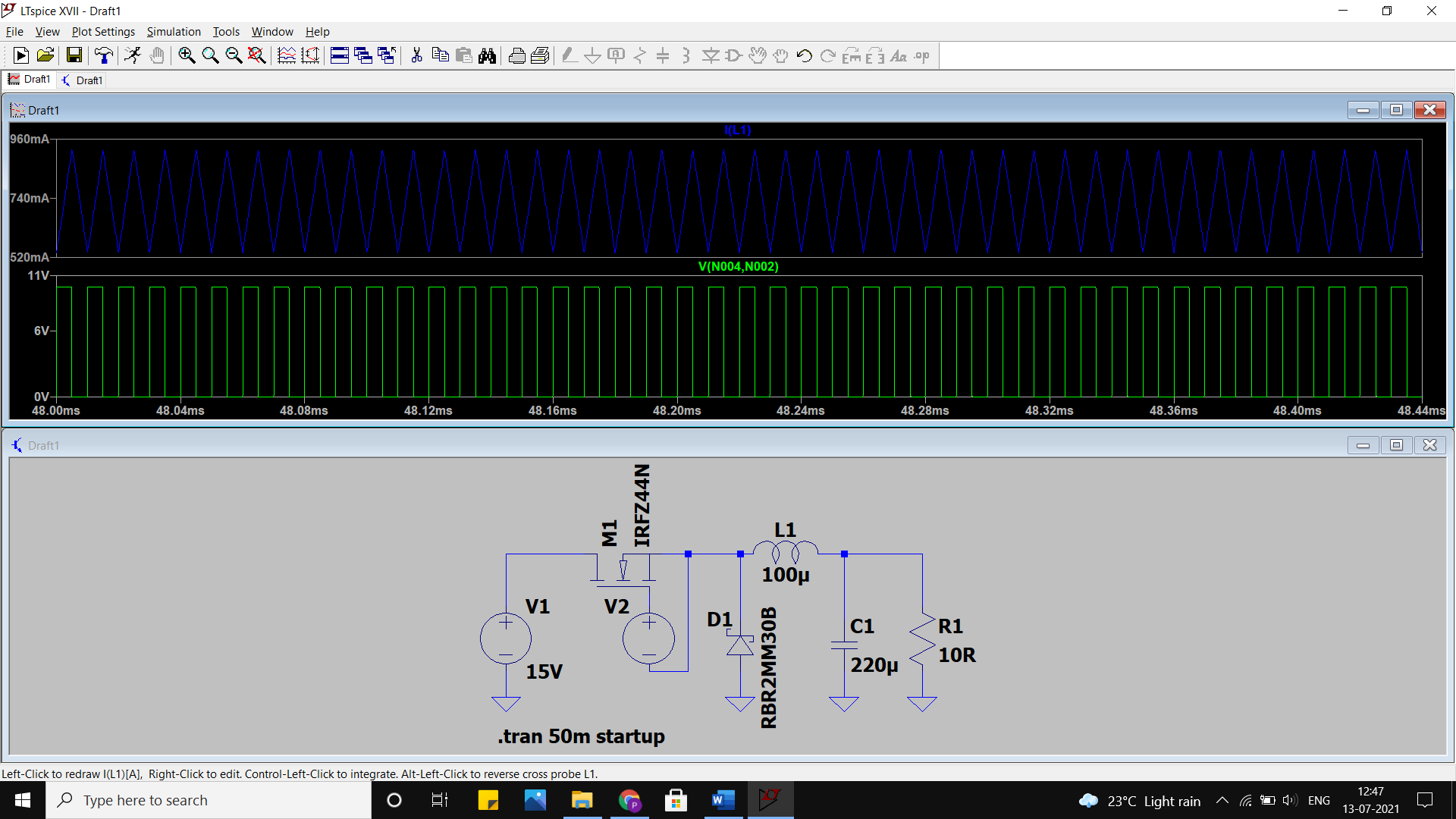 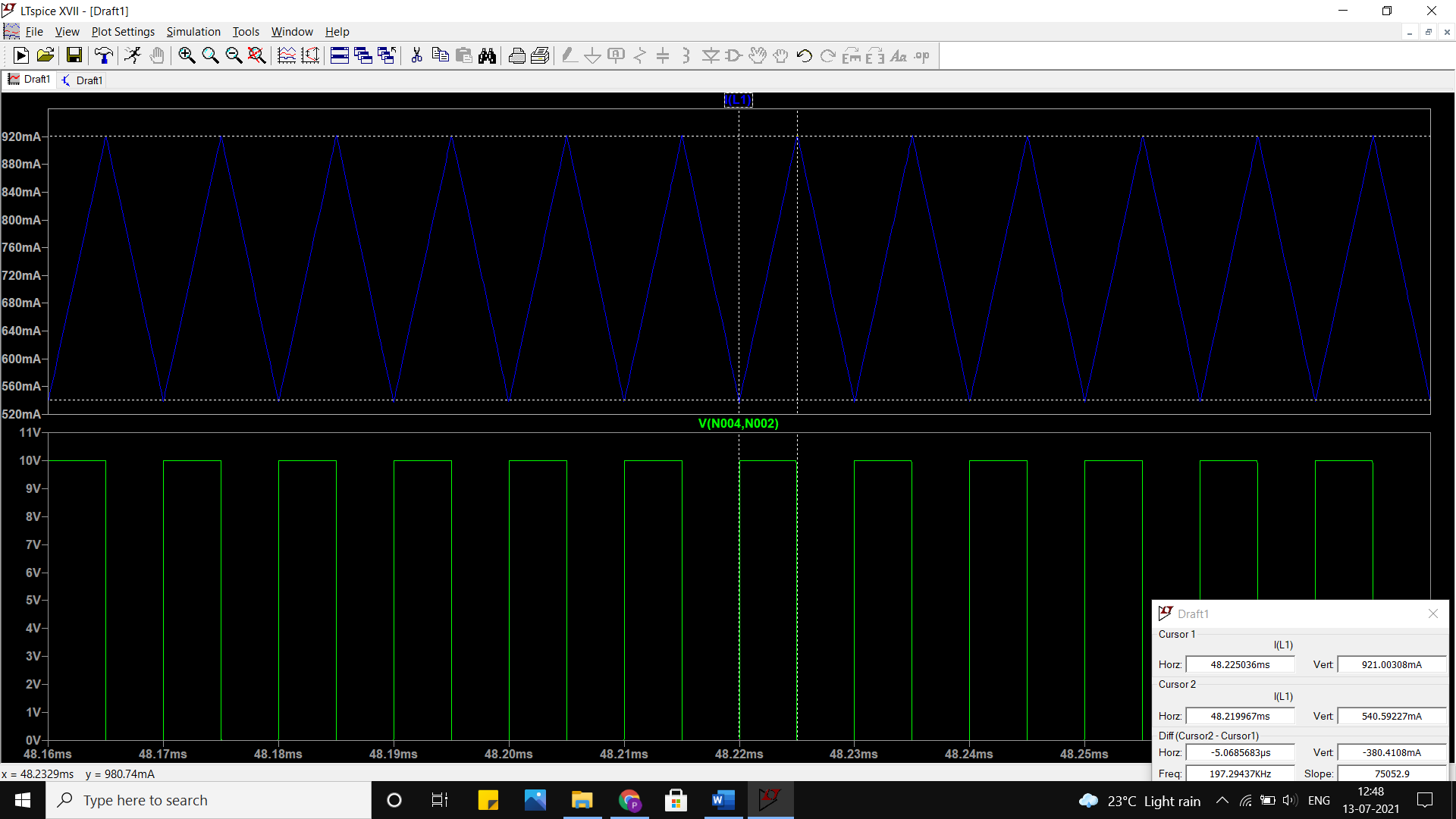 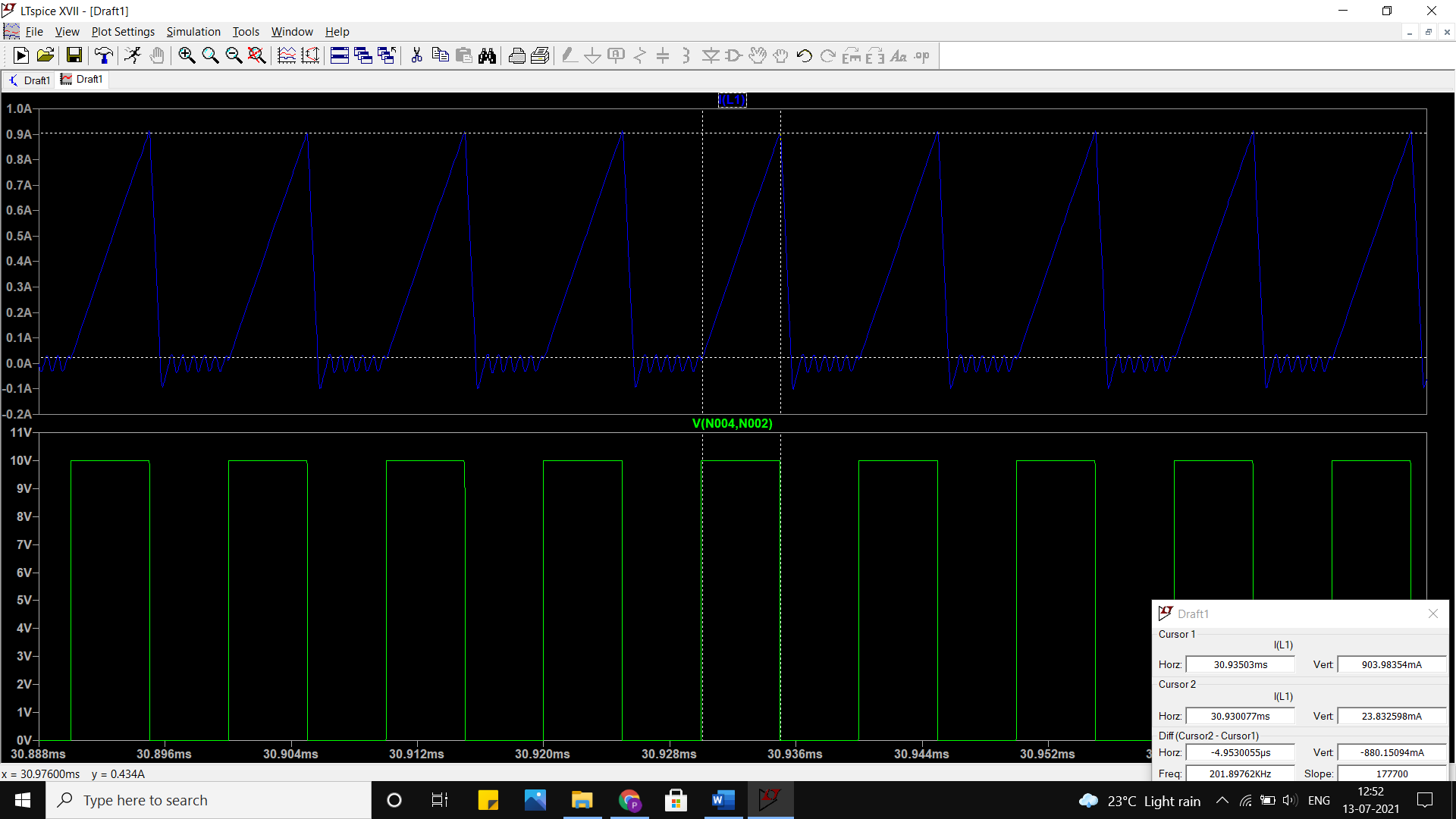 What is the role of capacitor in its output terminal? Is it used for smoothing the voltage ripple?

Yes. Without the output capacitor, the load would get a pulsed DC output, just like in a half/full wave rectifier without a filter. Try simulating a buck converter with and without an output capacitor and see the results.

Not the answer you're looking for? Browse other questions tagged capacitor diodes inductor buck waveform or ask your own question.